Happy Underwear Week! Did you like Hansen’s DIY underwear tutorial? I thought it was rad. And since now you are all underwear making experts, I want to show you how to wear just the idea of underwear. Reason: you know how having sex while partially clothed is super hot but not all that practical if you really want to get in there? This is going to solve that problem for you.

The brilliant folks over at Babeland really nailed this one (sorry, I had to): it’s lingerie, but you can have sex in it because it actually isn’t even fully lingerie. It’s just the outlines of it.  Designed by the French lingerie company Maison Close, this clever thing is “designed to frame the erogenous zones instead of covering them up, highlighting your assets.” 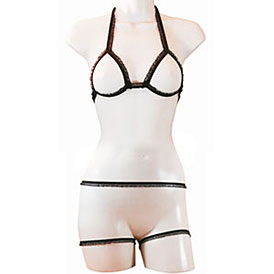 When I first saw it, I laughed. I mean it’s pretty funny. But it’s also such a ridiculously good idea and super sexy, so obviously I wanted to try to make my own version. 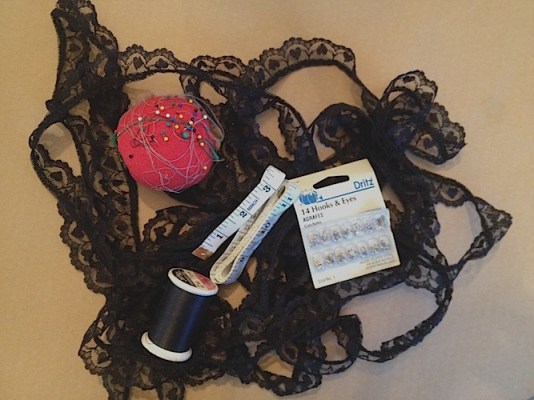 1. First and foremost, you need your measurements. For the bottoms, measure around your hips and around the tops of your thighs. For the bra, I’m making a bandeaux instead of the shape of the original, so measure around your ribs right below your boobs and then again right below your armpits. You should maybe write the measurements down as you go.

2. Cut the lace trim to the desired lengths. Now sew the hooks and eyes to the ends of each piece of lace, making sure that the lace will lay flat and not twisted when it’s fastened on your bod.

3. I’m not going to model this for you  But look how nice it looks on this brown paper! 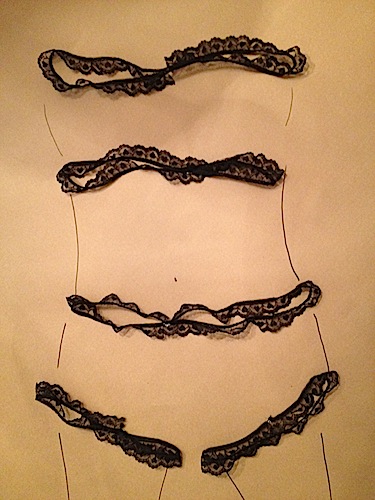 Join A+!
Related:how to own itregularunderwearunderwear week