Be our guest for Happy Hour at Home, a small series about the joys of lesbian socializing from home, because let’s be honest with ourselves — we’re going to be here for a while.

I’ve been trying to think of little ways to break up the day but also to replace the social act of going out for food and drink. It’s not just the food and fancy cocktails I miss about restaurants but the ritual and space itself. (Bryan Washington wrote on this beautifully, focusing specifically on Houston.)

I’ve been hosting happy hours for me and my girlfriend at home, complete with fresh fruit margaritas and Vanderpump Rules viewing sessions (everyone talks so chaotically and at the same time on that show that it feels like you are in a noisy bar!). But yesterday I decided to do something a little different: afternoon tea service at home.

When I lived in New York, tea service was something I liked to do for special occasions. I drink tea all the time at home (I make a perfect cup of masala chai btw which is absolutely a brag but I’m not precious about the recipe so maybe I’ll share on here soon!). But TEA SERVICE? AT HOME? It had never occurred to me until home suddenly became the only bar/restaurant/cafe I’ll experience for the foreseeable future.

I don’t have any fancy teapots or china where I currently live, but that’s okay! My simple but still special tea service consisted of the following: 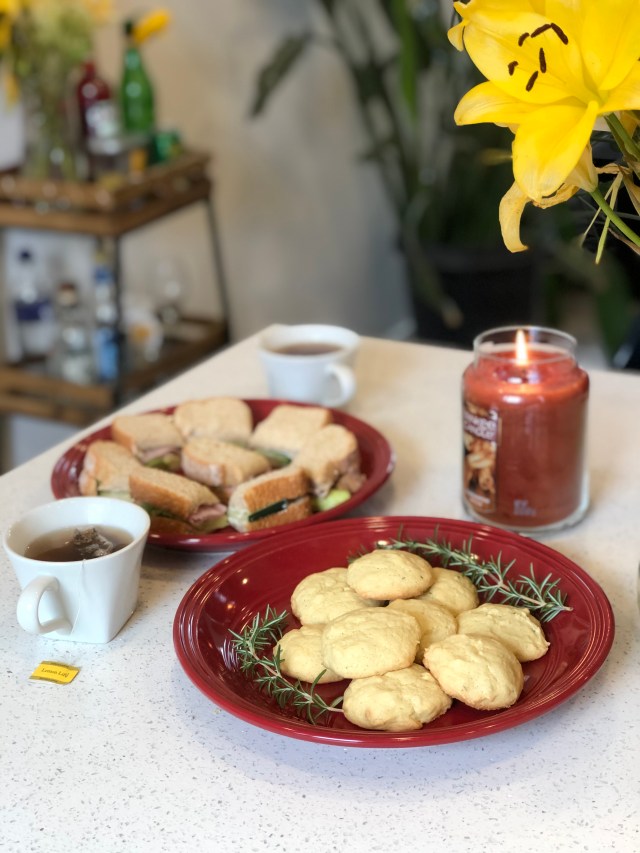 You don’t have to convert your kitchen into a whole ass tea parlor, but there are little things you can do for ambiance. I had fresh flowers that were still looking good even though I bought them pre social distancing, so I set those out. I also lit the fuck outta some scented candles (wow I’ve written about candles before, too). My girlfriend and I also put on floral-print clothing because why the hell not. Maybe you want to make an afternoon tea service playlist. I didn’t think of that until now, but it’s a pretty good idea!!!!

Yes, I am lucky to be staying at home with a partner, but don’t let being home alone stop you from indulging in tea service. Read a book while you sip your tea or do something relaxing like a puzzle or watching Great British Bake Off. Video chat in some friends and don fancy hats. Get cozy. 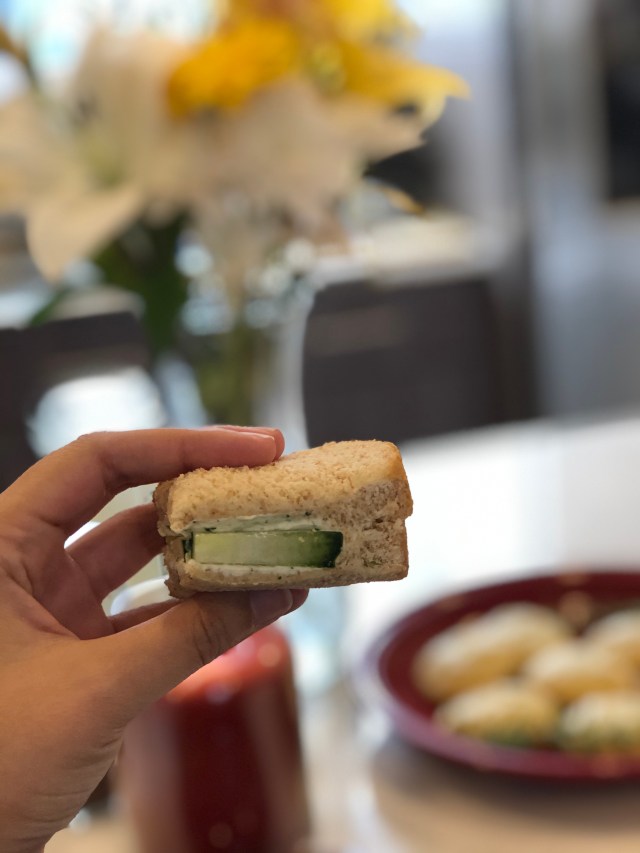 Some notes: I did not have lemon olive oil nor particularly fancy olive oil so I added about a table spoon of fresh lemon juice to my basic olive oil. I also used a lot more lemon zest and rosemary than it called for. I also froze half of the dough to use later.

Kayla has written 411 articles for us.