Amazing Badass/Secretary of State Hillary Clinton addressed the National Institutes of Health Tuesday on the fight against global HIV and AIDS. In addition to calling for a “AIDS-free generation,” she named Ellen DeGeneres the new Special Envoy for Global AIDS Awareness. 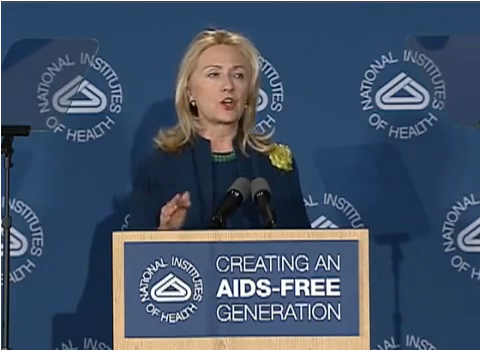 HILLARY CLINTON IS MY HERO. THERE ARE NO JOKES TO MAKE HERE

I am delighted to announce our new special envoy. We love special envoys at the State Department. (Laughter.) Our new Special Envoy for Global AIDS Awareness: Ellen DeGeneres. (Applause.) And Ellen is going to bring not only her sharp wit and her big heart, but her impressive TV audience and more than 8 million followers on Twitter, to raise awareness and support for this effort. I know we can look forward to many contributions from Ellen and her loyal fans across the globe.

DeGeneres has long used her fame to support humanitarian causes. In addition to a whole slew of other charities, DeGeneres supports the ONE campaign as well as abstained from twitter in December 2010 to support Keep a Child Alive.

Still, State Department Special Envoys are generally appointed due to their extensive experience. Void of overwhelmingly vocal HIV/AIDS outreach, DeGeneres seems to have been chosen for her ability to reach the masses and generate awareness on any topic. In a letter released Tuesday, Clinton told DeGeneres, “By lending us your energy, compassion, and star power to serve as our Special Envoy for Global AIDS Awareness, your words will encourage Americans in joining you to make their voices heard in our campaign to achieve an AIDS-free generation.” Clinton went on to explain, “The enormous platform of your television show and your social media channels will enable you to reach millions of people with the strong and hopeful message that we can win this fight.” That’s right. A lesbian was chosen as the face of a global awareness project simply because she’s awesome and visible. 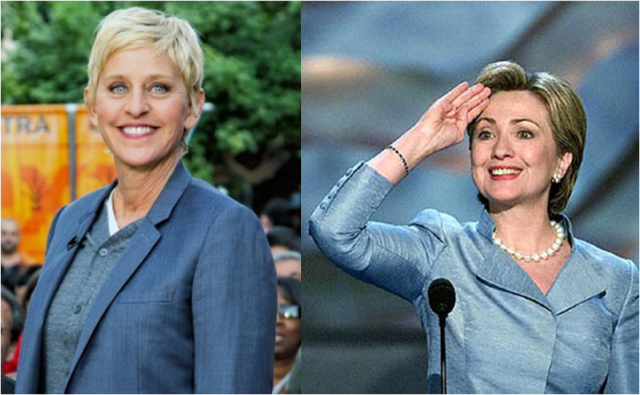 ALL THIS IMAGE NEEDS IS RACHEL MADDOW IN THE CENTER

DeGeneres gave a lighthearted statement in response to the announcement:

I’m honored to have been chosen by Secretary of State Hillary Rodham Clinton as Special Envoy for Global AIDS awareness. The fight against AIDS is something that has always been close to my heart. And I’m happy that I can use my platform to educate people and spread hope. Now, if you’ll excuse me, I have to go look up what ‘envoy’ means.

DeGeneres wasted no time and jumped directly on twitter to inform her followers, all 8.1 million of them, of the big news. 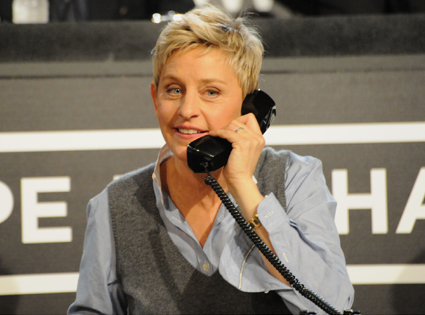 ELLEN REACHING OUT THE OLD FASHIONED WAY (VIA DOSOMETHING.ORG)

Secretary Clinton pointed out that the cost to the President’s Emergency Plan for AIDS Relief (PEPFAR) to provide anti-retrovirals and healthcare to one patient costs $335 per year. If each of Ellen’s followers gave only $1, it could provide a year of care for over twenty-four thousand patients. Alternatively, that money could match (and then some) the $60 million PEPFAR pledged to scale up prevention in Sub-Saharan Africa. I’m impressed that the State Department is able to see how a lot of followers could turn into a lot of money; the intersection of social media and activism isn’t always obvious to administration higher-ups. Maybe next time the ONE campaign makes a video, DeGeneres will be featured and also get to say more than just one word: