The temperature is already dropping down to the ’70s in New York and Facebook posts about sweater weather are starting to creep up in our newsfeed. For our 19th edition of He Said/We Said (HS/WS), dapperQ headed to Brooklyn to photograph some dashing dappers rocking fall style in Prospect Park.

Photographer Eli Vickery, along with Anita Dolce Vita, selected the Viktor & Rolf Fall 2014 menswear collection as inspiration. Here’s what Vickery had to say about the inspiration and overall experience:

This shoot was inspired by that perfectly lit late-summer afternoon when the leaves have just begun to turn and it’s finally time to break out your most dapper fall fashions. Viktor & Rolf’s line is clean, muted and elegant, and pairs perfectly with the natural backdrop of Brooklyn’s Prospect Park.

As a queer/trans fashion photographer, I was honored to be a part of He Said / We Said. It was inspiring to work with such a fantastic group of models and see you all looking so gorgeous and confident in your bodies! 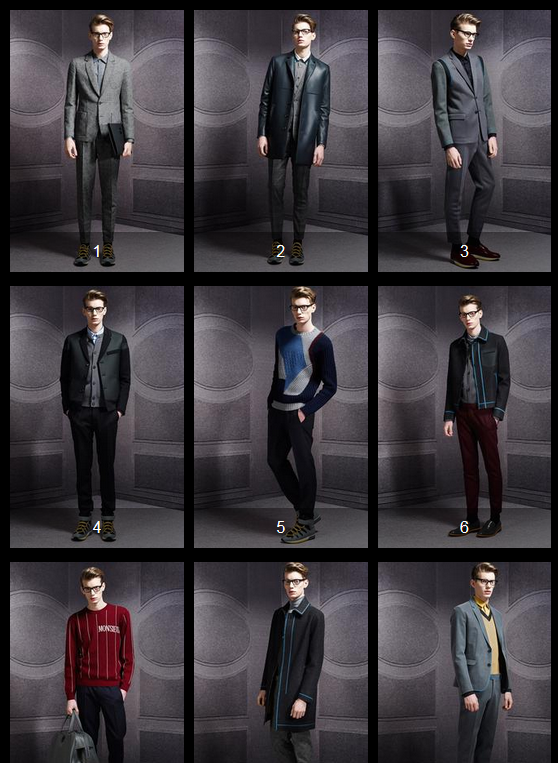 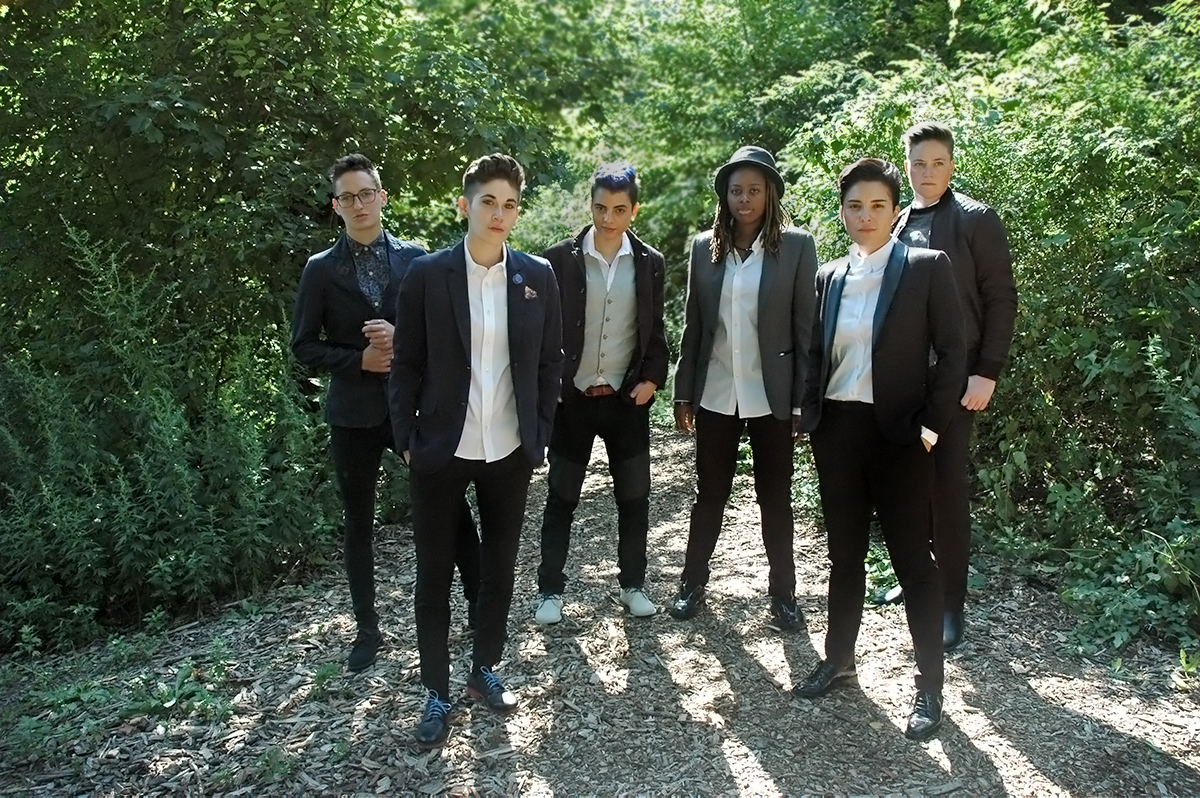 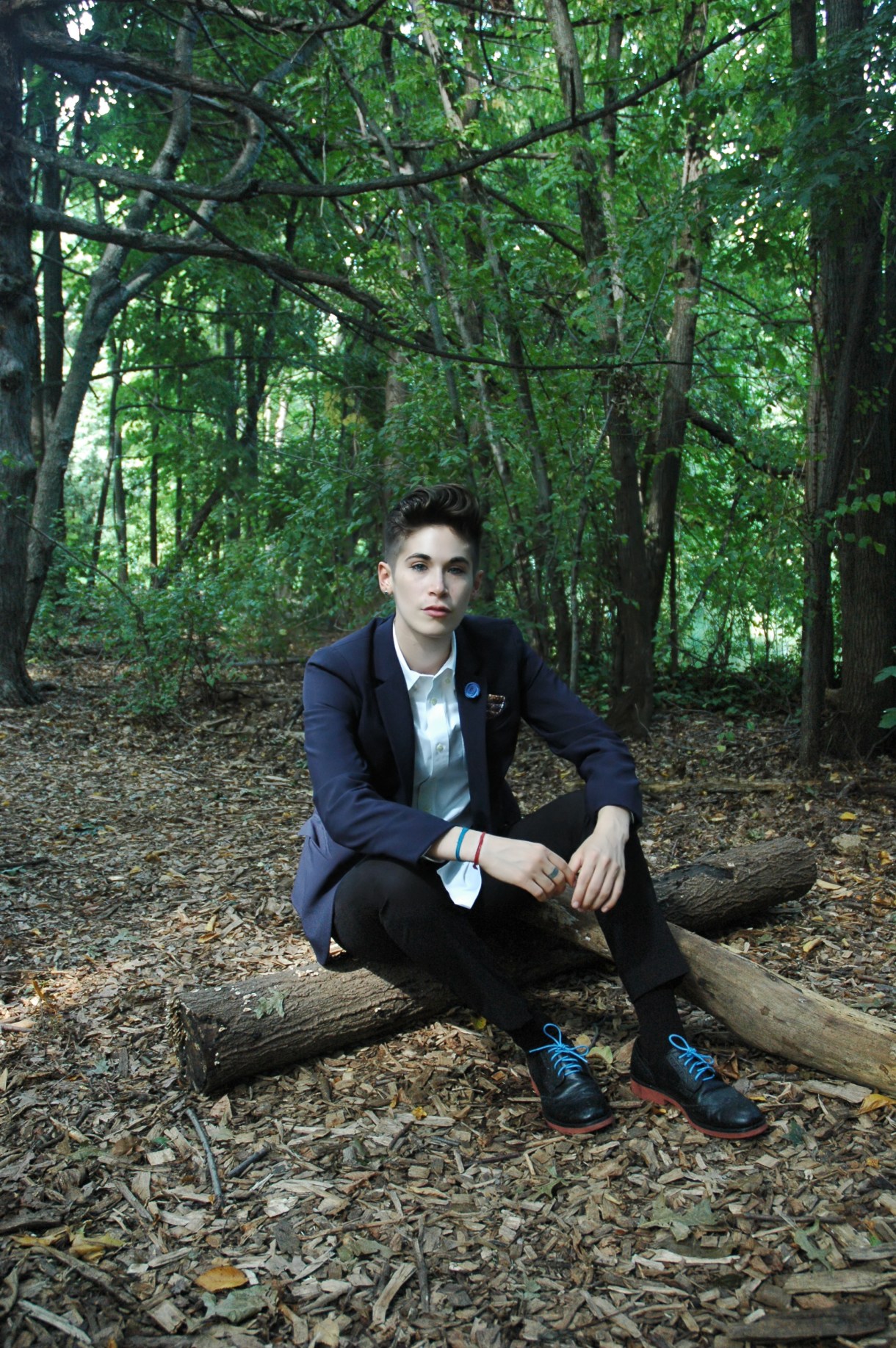 I get a lot of my inspiration from the clothes on Mad Men. For this particular outfit, I looked at Pete’s blue suits and Roger’s pocket squares. I love the attention to detail and complimentary color schemes. From Betty’s riding outfits and Don’s suits to Peggy’s work-wear, I love the classic aesthetic and would love to raid the whole show’s wardrobe!

I am a huge fan of He Said/We Said and was so incredibly honored to be a part of this series. I think He Said/We Said is an amazing project, providing a wonderful platform for those who present masculine of center. It’s also a great resource for the queer community, with so many tips and ideas for exploring queer-wear.

My favorite moments from the shoot were spending time with the other models and getting to know Anita Dolce Vita. I really enjoyed working with Eli, the photographer, and there was a lot of positive energy throughout the entire shoot. As a kid growing up in the Park Slope/Windsor Terrace area, I spent a LOT of time in Prospect Park, so I was excited to hear the photo shoot was at the Boathouse! It was so much fun wandering around together, looking for interesting backdrops throughout the park. 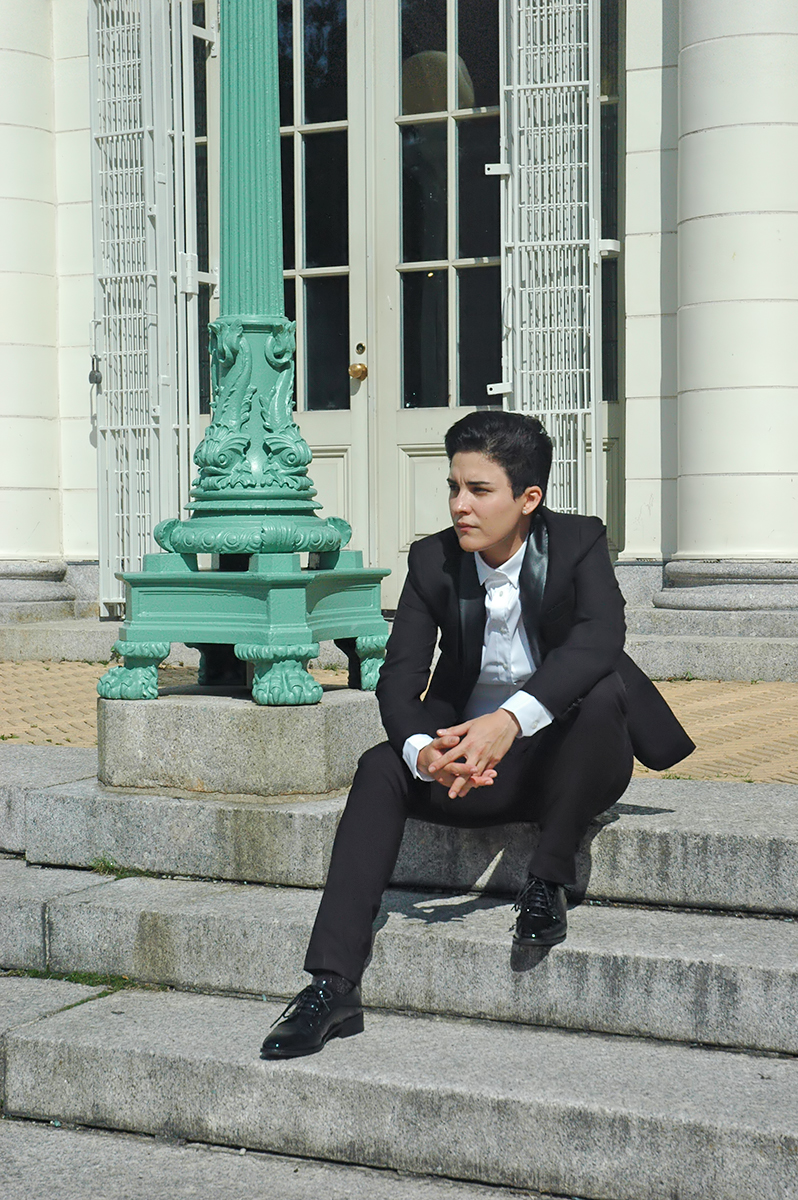 “So Fresh, So Clean” by OutKast

I would definitely raid my idol Ellen Degneres’ wardrobe. I have to say I would also raid the closet of Dan Trepanier, author and creative director of the TSBmen Guide to Men’s Style blog.

I can’t live without a watch, my diamond studs, and a cool looking pair of wingtips. I think all these accessories make part of my character. I am very punctual individual so I’m always looking at my watch for the time. I feel lost without my earrings, like a part of me is missing. And, a nice pair of wingtips because shoes say a lot about a person.

My favorite moment was meeting all the other dapperQ models and interacting with them throughout the shoot. It was also fun to see how folks in the park would stop and stare at the models. Some folks thought we were part of a boi band since some of us were dressed in black suits and had dark sun glasses on. It was quite amusing and sweet. 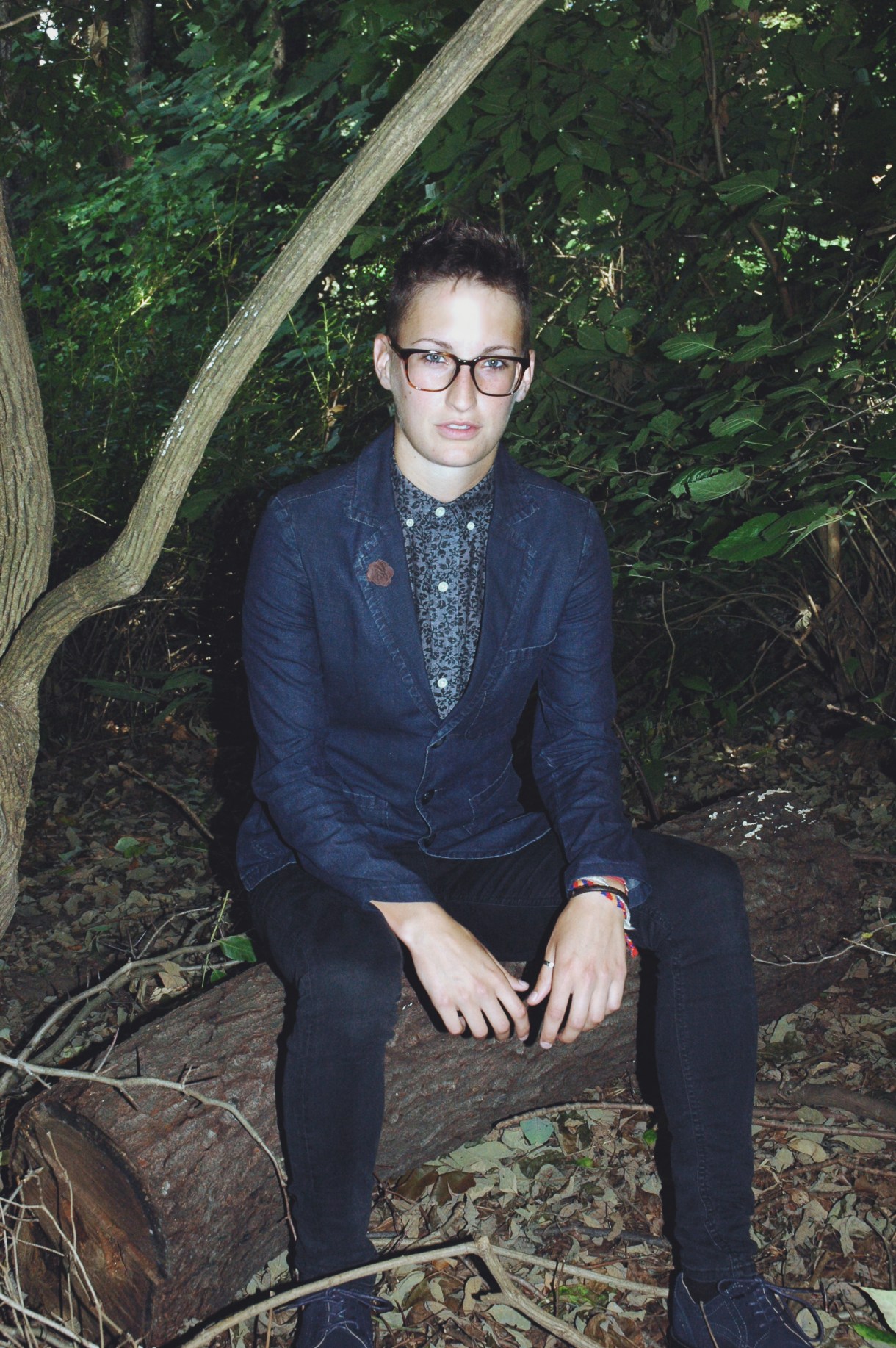 Dapper old men. I saw a guy on the train the other day…tweed jacket, sharp haircut, sexy leather banded watch. He was everything I hope to be when I’m seventy.

I’ve been really into thrift stores lately. This is due to a few great recent finds and an excitingly empty wallet.

My bracelets. Each one has an important meaning to me. I never take them off.

It meant a lot to me to be a part of this shoot. My mom found an old home video recently in which my twin sister is dancing around dressed as Ariel, and I’m dressed as Prince Eric. I can remember sneaking into my brother’s room when I was a little kid and trying on his suit, because I wanted to be able to wear that instead of a dress and tights. The first time I wore guy jeans in high school, they fit horribly and looking back they were pretty atrocious, but I felt incredible. It is amazingly isolating to feel your best and most comfortable wearing clothing deemed not suitable for you by society. It used to be a joke in my friend groups that I was the one without style, because it was inconceivable that a girl who dressed in a more masculine way could have any taste or anything to express with what she wore. Finding dapperQ when I moved to New York was a really great thing. It’s a publication that makes the formerly isolated feel like part of something important that is helping to create positive change for others like us. That is an incredible gift, and I’m proud to be a part of it. 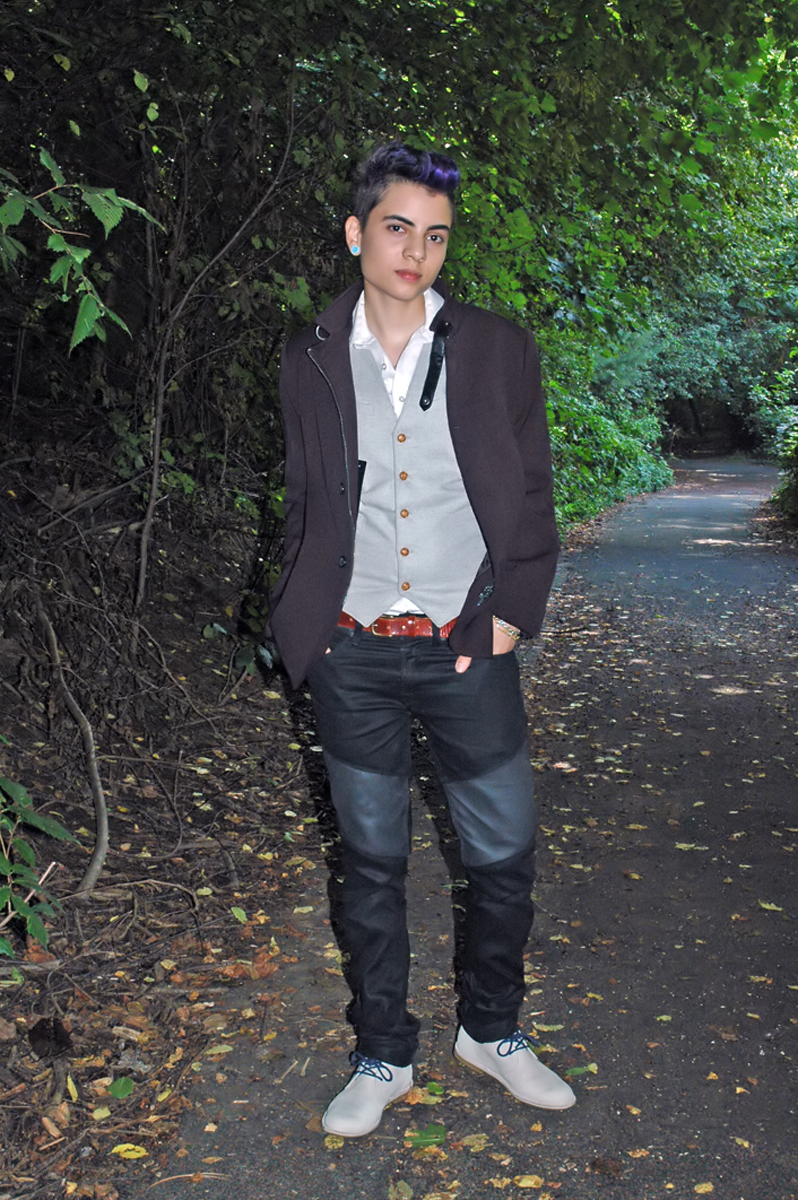 Topman is my favorite brand, but I love discount shopping at Century 21. For the occasional splurge, All Saints.

When I was very young, I spent hours online browsing through Tumblrs and blogs looking for photos of androgynous women. These were my role models. I wished to be a part of queer culture just like these women and after partaking in a project like this, it feels like I’ve become who I always wanted to be. 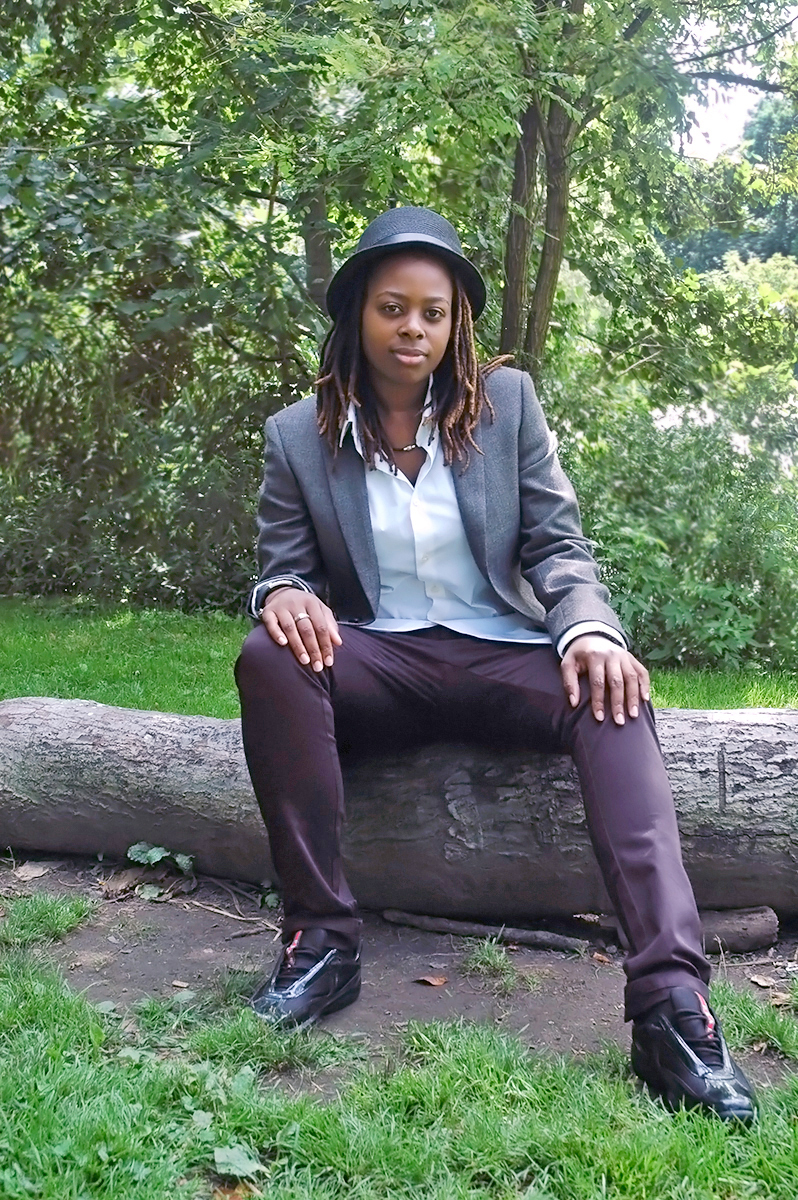 I am usually on the other side of the lens; this was the first time I modeled. It felt good that it was for this project and represented me. This is everyday life, expressing yourself in way that shows creativity, passion, and personality. A great way to interpret fashion through your own eyes. 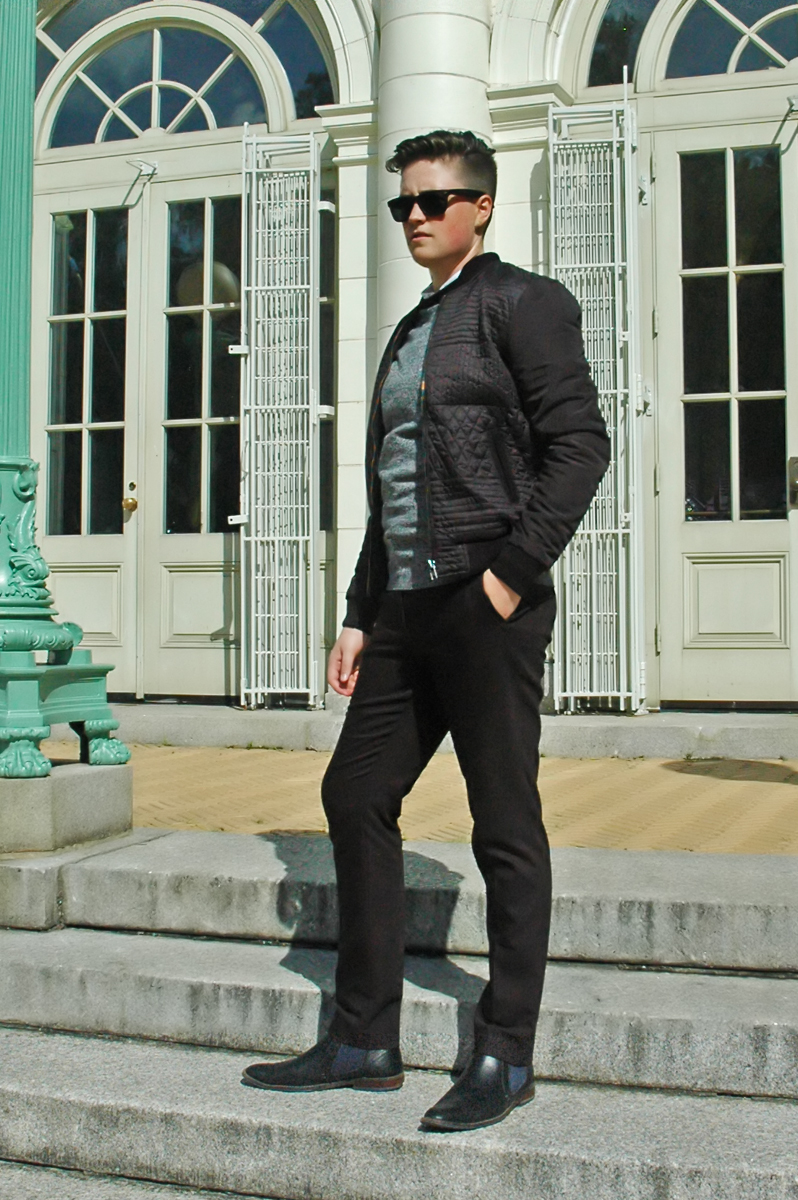 “We Are Golden” by MIKA

It’s all about having a great pair of black leather boots. If I have those as a solid foundation, then the rest of the look eventually falls into place.

Creating and sharing authentic representations of gender-nonconforming style and identity is a powerful tool of queer self -determination. dapperQ’s work has played an important role in helping me embody a spectrum of gender presentations that feel genuine and exciting, and I hope that other folks can take similar inspiration and courage from these images.

Some tourists were very confused by the sight of so many dapper queers struttin their stuff in fall get-up on a hot summer day. They hilariously asked us if we were in a (boi) band.