Happy 14th of February, bitter herbs! While sure, some of you will be spending your Saturday gazing lovingly into the eyes of your one and only as you slurp opposite ends of a strand of spaghetti Lady and the Tramp-style while “Can You Feel The Love Tonight” plays softly in the background, some of us are existing on an entirely different plane. Some of us mark this vicious holiday by celebrating our adorable relationships with our “gal pals,” laughing it up for the TMZ photographers who swell around us as we sunbathe resplendently on our extravagant yachts. Even if you and your gal pal are celebrating this year by eating chocolate on the couch and watching Netflix, we’re still excited about you. Assembled below are some of our favourite, most-speculated-about sets of affectionate gal pals, doing gal pal stuff all over town.

Yo seriously you two, what the hell are you trying to pull? One minute Angel Haze releases “Candlxs,” the most sentimental love song we’ve all heard in a minute, and the next day they’re tweeting that they’ve broken up. I was legitimately more upset about this breakup than I’ve been about some of my own! Mere hours later, they’re Instagramming photos of the couple snuggling and videos of them dancing affectionately. Nothing can stop the infinite power of these two dedicated gal pals, or the ridiculous adorableness of their rescue dog. You guys had us so scared! Can you chill?! Can someone call Autostraddle HQ next time an emergency like this happens? This whole situation has given me heart palpitations.

I don’t know what exactly is going on here, but I support all of it. In my imagination, Miley is like, “Joan! I made you this delicious pot of red lentil soup and I’m really excited for you to try some!” and Joan is like, “Miley! That’s so thoughtful!” Later on, as they dip slices of pita bread into the soup, Joan will tell Miley all kinds of hilaaaarious stories about her youthful shenanigans in the Runaways. Oh, how they’ll laugh.

These two scoundrels! At it again! I admit I don’t know a whole lot about Taylor Swift besides the fact that she probably didn’t make out with this person at a 1975 concert a few months ago, but here she is in Vogue, going on an intimate road trip with her bestie! They bake cookies! They snuggle! They try on outfits! They drive around taking photos of themselves! These look like obnoxious engagement photos, but really it’s just Taylor and Karlie, having the time of their lives, reveling in the awesome power of their friendship! Stars: they’re just like us. 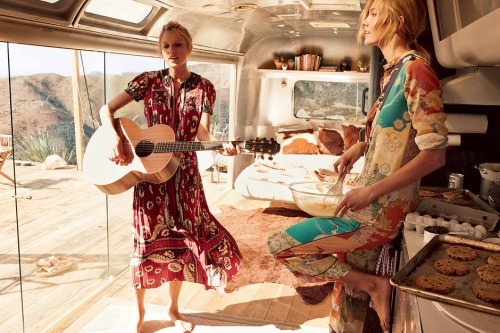 Questions have been pouring in lately about these two, mostly because it flew under the goddamn radar for so long. While the universe exploded over the revelation that Orange Is The New Black‘s Samira Wiley was dating one of the show’s writers (the resplendent Lauren Morelli), Taylor Schilling just strutted right into black-tie events on Carrie Brownstein’s arm, cool as a cucumber. What do you talk about when you’re dating really good friends with Carrie Brownstein? Wouldn’t you just stare adoringly into her perfect face and stumble over your words? Maybe you’d play it fast and loose like Yael Stone: 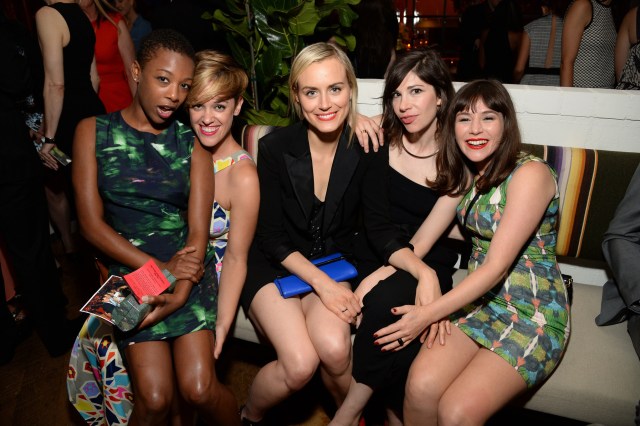 The golden standard of gal pal-dom themselves, Kristen and Alicia have been spotted all over the place lately, chummy as ever! The UK’s Daily Mail took the time to admire Kristen and Alicia for just how goshdarn friendly they appeared walking through LAX, holding hands, probably discussing a trip to Claire’s for matching “BEST FRIENDS FOREVER” heart necklaces! Honestly, the way they describe Kristen’s outfit (using great pains to never refer to it as obviously homosexual) reminds me in a charming way of the way the Babysitter’s Club used to describe Claudia Kishi’s ensembles. Their special, intimate friendship is a beacon of hope for those of us who also hope to one day befriend Kristen Stewart… repeatedly. 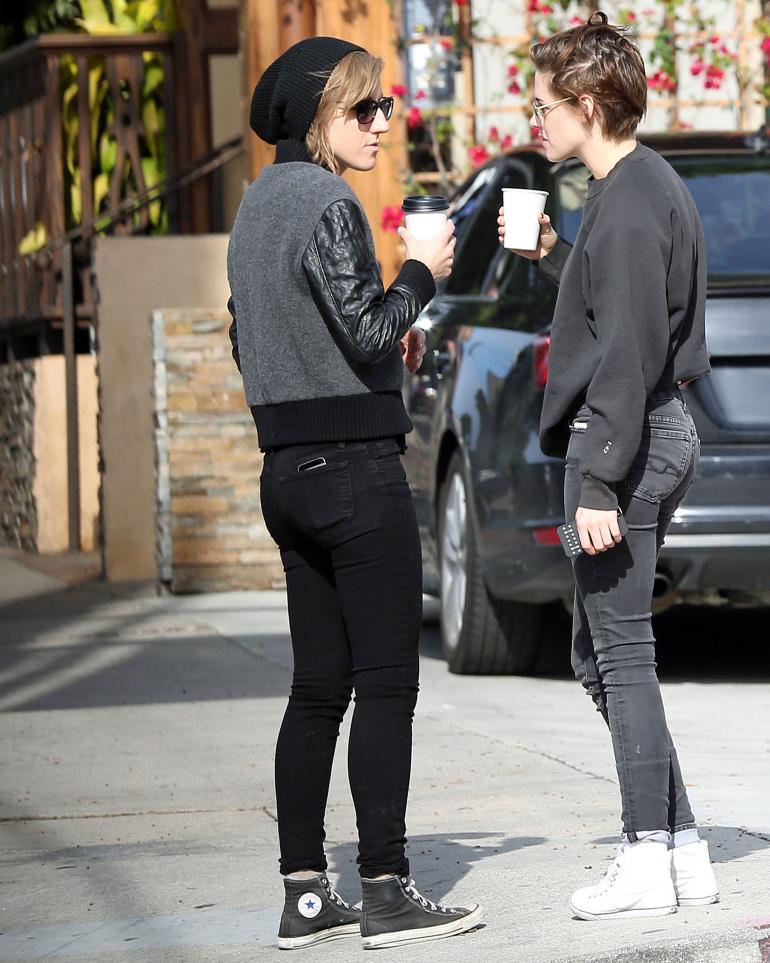 (“Kiss From A Rose” plays in the distance) via INFPhoto.com