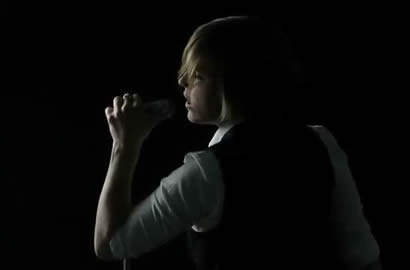 Hannah Hart really, really understands your life. Last week she drank whiskey, and this week she’s singing a rousing anthem about internet addiction. She is even wearing a vest in that way you like. This isn’t the first time she’s sung, but this one is a nice slow-jam. Don’t ask questions, just watch it.

My initial reaction to this video was to say “oh my sweet baby Jesus” and then blush really furiously.

The song is available on iTunes and Bandcamp and will be lodged in your mental jukebox for the rest of the day.