For the last three years, Oregonian staffer Casey Parks and cinematographer Aubree Bernier-Clarke have been traveling to rural Louisiana in search of answers about an old Parks’ family friend, Roy Hudgins. In doing so, they’ve dismantled a lot of preconceived notions and stereotypes about Southerners, queers, and acceptance.

No one really knows how Hudgins wound up in Delhi (population: 2,951), but there are plenty of tall tales and wild guesses, as is to be expected in a small town. Hudgins was kidnapped as a child. Hudgins was left in a shoebox on the front steps of a church. Hudgins was a traveling country music songwriter. 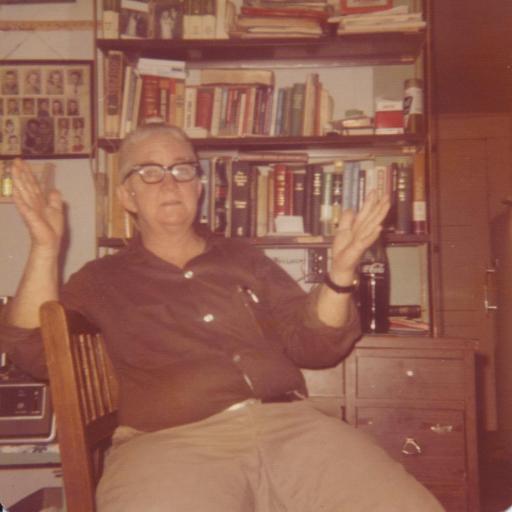 The unknown did not stop there. Mere days before she died, Hudgins’ mother told Parks’ great-grandmother that Roy was “as much a woman” as she was. “Allegedly, that was the first that anyone knew that Roy was not born male-bodied. In the years that followed, word got around town that Roy was different. A story we hear frequently was that Roy was a morphodite–that’s Louisianan for hermaphrodite,” Bernier-Clarke told me. The rumor spread gradually in the years following Mrs. Hudgins’ death, yet did not deter Delhians from letting Hudgins mow their lawns and even look after their children. Despite being of ambiguous gender and sexuality, Hudgins managed to live a seemingly content life in one of America’s most conservative states. “Roy was universally accepted,” Bernier-Clarke said. Hudgins passed away in 2006.

When I first watched the Kickstarter campaign video for Parks’ and Bernier-Clarke’s for Diary of a Misfit: The Roy Hudgins Story, I found myself growing nostalgic for trailer parks and overgrown grass in the exact same way I did when the rooster crowed at the beginning of Southern Comfort.

Home is where the heart is. Growing up, it wasn’t just a saying but a literalism. It was painted on a wood placard and nailed onto the front porch of my parents’ house. It’s still there, even though my definition of “home” has evolved into something much more abstract than lakeside home in Georgia. For me, home is the vague place where queer and Dixie overlap, often uncomfortably. This is why I’m constantly chasing after other Southern-reared queers; the kind who also had “Home Is Where The Heart Is” wood- or needlework somewhere in their childhood homes; who understand what Allison meant when she wrote, We claim our heritage with a full appreciation of how often it has been disdained; whose bodies are familiar with manual labor; the kind with at least one family recipe that is not a secret but a national treasure which is shown off whenever the opportunity to entertain presents itself. 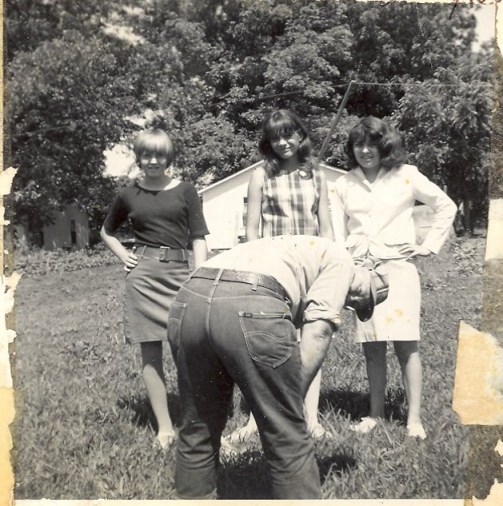 I know that we exist by the barrelful. If I ever meet you and catch the slightest hint of an accent or SEC t-shirt, I’m likely to flip out in the best of ways and bombard you with a thousand personal questions. Because that’s what happens when someone feels like home to me: I say so much–too much–so quickly and with so much unconscious honesty that upon realizing what I’m doing, I immediately want to snatch my words out of your ear canal and gulp them all back down until they’re safe and sound inside of my ribcage. But if I notice that you’re also flailing between similar states of oversharing and self-consciousness, I’ll shrug and continue right along, inquiring and drawing parallels like my life depends on it.

With roots in Louisiana and Kentucky, Parks and Bernier-Clarke also feel like home to me. Queer Southerners tend to be acutely aware of the nuances of coming out and staying out. Often, being living openly results in an odd mix of unspoken loyalty, turned blind eyes, and even unanticipated community from others. As evidenced by Roy Hudgins and even yours truly, rarely is coming out in a rural place as cut and dry as being completely embraced or completely rejected. “I think there is a sense of loyalty in most small towns. Kind of like family. It’s okay for me to pick on my younger sibling, but if an outsider tries it, I’d fuck them up,” said Brenier-Clarke.

But while Hudgins was accepted by Delhians, it seems to have only gone so far. The filmmakers are still searching for those who might know about Hudgins’ romantic desires or relationships. “From what I’ve gathered, Roy does seem a bit asexualized by the population. I have a feeling that people in Delhi are curious about Roy’s romantic life, but at the same time might’ve not taken too kindly to it were it something made public while Roy was still alive.” Whether or not Hudgins felt isolated or fulfilled remains unknown, but some of his old possessions may provide clues. “We know that Roy kept journals. In fact, Roy’s neighbor told us that Roy had written Diary of a Misfit across the journal’s front cover. If we could get a hold of those, I think they could answer a lot of questions.” 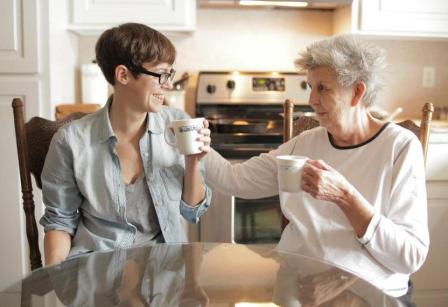 Casey and Her Grandma

Roy Hudgins matters because the questions surrounding his life have connected two unlikely generations of Southerners in the pursuit of the same goal. “It is interesting how natural Casey’s grandma is on camera. Her family is very close, so I think that helps, but also I think she doesn’t really feel like she has anything to lose at this point. Also, she really believes in us and the project. She wants us to solve the mystery, so she’s willing to do whatever she can to help.”

When talking with Brenier-Clark, I found myself becoming just as invested in the narrative surrounding Parks and her grandmother as I was in Hudgins’ ambiguities. “Casey’s grandma first told her about Roy at a time when Casey was first coming to terms with her sexuality, and she couldn’t believe that someone could be so loved in a situation similar to the one that made her feel so alienated,” Brenier-Clarke said.

These days, however, Parks isn’t the only queer in Dehli, Louisiana. “There are a lot of short-haired low-maintenance women in small towns in the South, so to a certain extent we might not register as anything special. But, of course some people who are more clued in have hinted. One woman pulled up in her Jeep after overhearing us talk about this at a coffee shop. She kind of winked at us and asked if we were interested in Roy for ‘personal reasons.'”

99% of our readers don’t support. We’re here because of the people who do. If everyone here today gave just 57 cents, we’d meet our goal! Will you help?