Singer-songwriter Gemma Hayes hails from Ballyporeen, a small village in the southern county of Tipperary in Ireland. Since kicking off her music career over a decade ago, she’s cast her spell over audiences both at home and abroad. 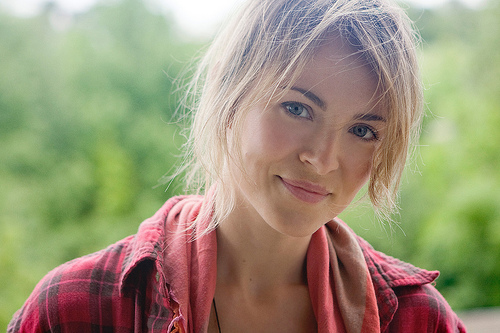 Hayes released two EPs in advance of her debut album, with both 4:35AM and Work to a Calm creating a buzz about the guitarist with the golden voice. But it was 2002’s Night On My Side that truly heralded her arrival –  charting well and receiving a nomination for the prestigious Mercury Music Prize for Album of the Year, and also spawning several successful singles. Here’s a taster of some vintage Gemma Hayes with “Hanging Around”:

Spending much of her career living in Los Angeles but never losing a fondness for home or her penchant for recording in France, Gemma Hayes has released several albums and EPs to date – The Roads Don’t Love You (2005), The Hollow of the Morning (2008), Oliver EP (2009) and most recently, Let It Break. The latter is arguably her finest release to date – completely freed from the shackles of major label influence and embracing the DIY approach. With Let it Break, Hayes took the time to meticulously craft an album which sees her embrace a wealth of new styles and sounds whilst remaining loyal to her roots. Hayes released the album in Ireland last year but saved it until 2012 for the rest of the world. Lead single “Keep Running” acts as an excellent calling-card for the album, with a slick LA-shot music video to accompany it:

With Gemma Hayes it’s not all about slick production and glossy big-budget music videos, though. One of her most popular songs to date has been “Oliver”, inspired by the ups and downs of schoolyard romance as experienced by a six-year-old Gemma, played out with not much more than an acoustic guitar, and the most rudimentary of music video setups to match:

Even if you’re not familiar with the music of Gemma Hayes, chances are you’ve heard her music without realising. A TV Music Supervisor’s dream, she has had her songs synced in such popular shows as Grey’s Anatomy, ER, One Tree Hill, Private Practice, The Vampire Diaries and Pretty Little Liars to date.

Hayes also has a fine live reputation to match that of her studio recordings – thoroughly engaging, captivating to watch, and a relaxed stage presence laden with witty banter and anecdotes. Not to mention that stunning voice and kick-ass guitar skills rocking out with a full band. But some of her best gigs I’ve seen to date have been acoustic ones – the songs stripped bare and delivered with evident passion and conviction, an absolute treat. I dare you not to be moved by “Shock to the System” given the acoustic treatment:

So what’s next for Gemma Hayes? Well, she’s currently on tour, culminating with a show at Dublin’s Olympia Theatre in mid-December which, if rumours are to be believed, will be recorded and released as a live album in 2013. But if you can’t wait that long, there’s a covers EP due out at Christmas which will  definitely feature her  beautiful take on Kate Bush’s “Cloudbusting” (and hopefully her version of Chris Isaak’s “Wicked Game,” already available as a single on iTunes and well worth checking out). And, in keeping with the Christmas theme, Hayes has also recorded a version of The Raveonettes‘ “The Christmas Song” with the multi-talented Irish musician Richie Egan (of The Redneck Manifesto and Jape fame). You can keep track of all of her antics on both Facebook and Twitter, as well as her official website. Happy listening! 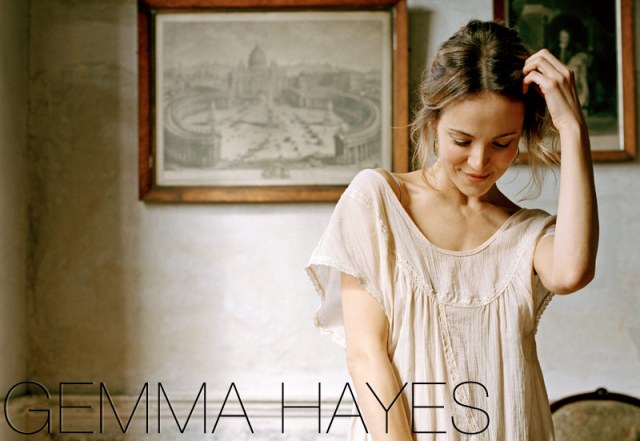