REAL L WORD: Showtime’ s Winter 2010 TCA took places this weekend. Showtime has ordered 10 episodes of a one-hour drama series based on the infamous Italian Renaissance family The Borgias, The Big C, a series starring Laura Linney about a woman who finds she has cancer; and Episodes” about trying to bring a British comedy to the U.S. and starring Matt LeBlanc.

Reality spinoff “The Real L Word of Los Angeles” has finished casting and will air this summer. Sources tell us that filming will start next week, so get thee to The Abbey, all ye stalkers, and bring your Jenny Schecter iPhones! Should be some smokin’ hot twentysomethings anchoring the cast. 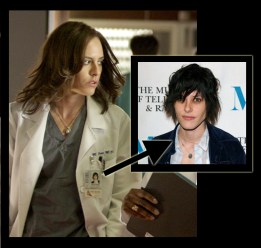 And speaking of actual lesbians and cast members of the ORIGINAL L Word, SheWired reporst that “Kate Moennig’s fledgling show Three Rivers has officially flat-lined. CBS pulled the plug on the medical drama that focused on organ donor doctors.” 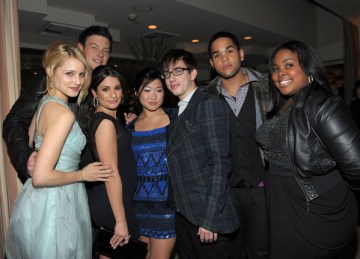 GLEE cast is full of GLEE 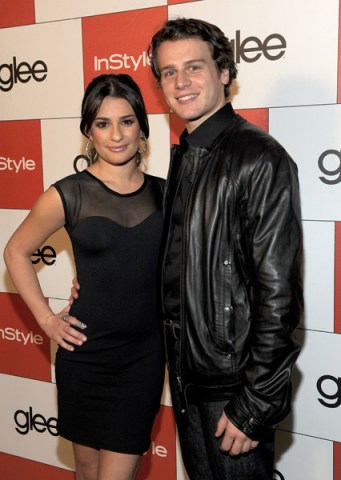 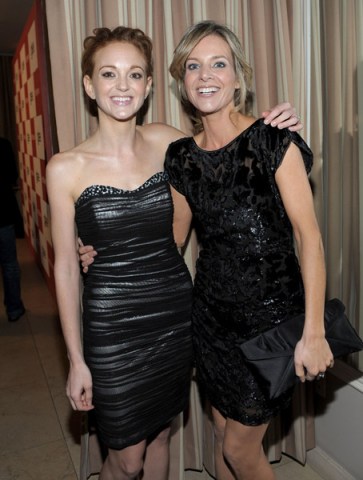 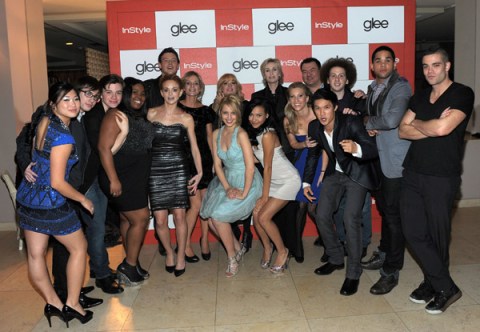 Glee Cast Is SO EXCITANT!

SPOILERS: As we wait with baited breath for the second half of GLEE season one, let us look forward to what might happen next year. Recent casting calls for GLEE include:

Guys and girls between the ages of 18-22 years old to play Audio Visual, nerdy type students.

Males. Must have experience sinking baskets and playing in COLLEGE WE ARE NOT LOOKING FOR PEOPLE WHOM HAVE PLAYED IN HIGH SCHOOL OR JUST PLAY FOR FUN. Let us know what COLLEGE you played ball at in the notes section (need to check references) Ages 18-24 Must look like you are in HIGH SCHOOL – MUST BE 6’1 OR TALLER/DO NOT SUBMIT IF YOU ARE NOT. 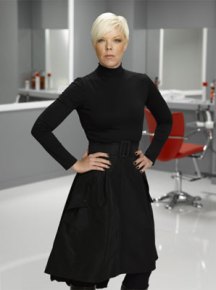 TABATHA: Don’t pretend you aren’t curious about what The Baddest Bitch On TV has to say about being an out lesbian in the public eye. LUCKILY SHE IS HERE TO ANSWER ALL YOUR QUESTIONS. “Yeah, people thought it looked quite fabulous to see Tabatha walking around with a baby, so there are obviously people out there who want me barefoot and pregnant. Some men have even offered to donate sperm, which is lovely; however, it’s not my thing.” (@advocate)

PERRY: In ridiculous and kind of infuriating news, Katy Perry has allegedly “warned husband-to-be Russell Brand that she will become a lesbian if he cheats on her.” Pretty ballsy for someone who has never actually kissed a girl! Claiming to have “a soft spot for women,” (albeit apparently not actual bisexual women completely stereotyped and alienated by her music) she says specifically: “Some women walk into the room and they are so beautiful and you are like – ‘I wanna smell you’.” There you have it, ladies. After all that teasing, Katy Perry might smell you. Also, once again in a bizarre journalistic turn of events, the only news publication to apparently care about this is The Hindustan Times. (@hindustantimes)

REAL WORLD: Remember when we talked about the supercute bisexual contestants on The Real World DC and you wondered if they were the answer to all your questions in life? It turns out maybe yes! Queerty says that if you scroll to the 37:00 mark in this video, Mike and Emily will explain why“…straight guys (and, apparently, bi ones) love watching two girls make out. But for whatever reason, straight girls generally don’t get off on seeing two men taste each other’s saliva.” (@queerty)

ALSO: Remember Andrew, the comic-artist-who-is-clearly-still-a-virgin? Among his other endearing qualities, Andrew has “admitted that he had been fired from his college newspaper for drawing cartoons that were “purposely trying to offend women and lesbians.” Apparently “lying is kind of Andrew’s thing,” but really, which is worse? Making homophobic misogynistic cartoons, or saying you did just to sound cool? (@ohnotheydidn’t)

TEQUILA: It appears that a) Tila is scheduled to appear on Larry King Live on January 12, where she will talk about Casey through a medium other than Twitter as a tribute, and b) the Johnson family is doing everything they can to get the appearance canceled. “The Johnsons just want Tila to go away,” a source told the publication. “They’re in mourning. She is the last thing they want to deal with right now.” Oh and you know what’s really awesome? Heavy.com has placed bets on which girl from the “hollywood lesbo deathfest” is gonna die next! GO WORLD! (@aceshowbiz)

OUR LIVES: Did you read the item above with more interest than you really want to admit? Are you struggling with why this story means so much to you when, realistically, it doesn’t mean anything to you at all? Then you need to read Riese’s piece on what the aftermath of Casey and Tila’s relationship tells us about the state of being gay in the US. THIS IS IMPORTANT, Y’ALL.

KE$HA/GAGA Jezebel asks: If 2010 is supposed to be “the return of the female pop star rivalry,” is it going to be the year of Ke$ha vs. Gaga? Ke$ha did just break Gaga’s download record, with 610,000 copies of “TiK ToK” being downloaded as compared to 419,000 copies of “Just Dance.” What do you think? While you’re reflecting, we give you one person’s opinion:

You know what would settle this once and for all is if Gaga played Dinah Shore this year instead of Ke$ha! (@jezebel)