THE REAL WORLD: MTV’s The Real World la-la-la-loves itself a bisexual lady and for the DC season, premiering tonight, we have been granted Emily Schromm. The 21-year-old hadn’t been east of Illinois prior to joining the cast, and confesses in interviews that she hadn’t seen much of The Real World before going on it.

Down-to-earth, inquisitive, cute and smart; Emily grew up in a Fundamentalist Christian cult in Missouri and used her “athletic tomboy” prowess to get her into sports and back out into the real world after leaving the cult. From her MTV bio: “Since then, she has grown progressively more open-minded and experimental even when it comes to dating and she shares Ty’s skeptical view of religion. For her, D.C. will be another new adventure, another step in her growth outside the cult.”

In Emily’s preview video, she goes to visit her old church and cries just being there, probs because it is mega windy and all her lovely soft hair is getting in her eyes! But seriously look how cute she is! We’re going to love her no matter what!

On the topic of her bisexuality (video here – our transcription is mediocre): “I feel like guys haven’t really caught my eye … I think I’m picky either way. I’m kinda talking to a girl, but I’m not that impressed with her. I feel like it’s more of my first into the maybe-lesbian world, so I feel like that’s why I’m testing it out… if it’s something I’m kinda inclined to, then go with it. And it’s me just being open and honest about myself.”

“Never knew how hard it could be
To let the whole world really see me
Opening a book in a thunderstorm
Without allowing a page to be torn.”
(Emily Schromm)

On Emily’s twitter, she crushes on the super-hawt Aria from our least-favorite band ever, The Paradiso Girls, goes skiing with Mike from the show, and gets nervous watching previews. She also says cute things like: 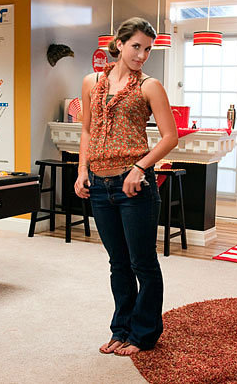 In an interview with Starpulse, the interviewer asks if Mike is her boyfriend. She says; “Oh no (laughing). He is more like my twin since we look alike and we are the bisexuals of the house.” Glad that she still identifies as bi, this should be a good season!

In Emily’s blog, “My Breath of Fresh Air,“ Emily writes poems and reflects on her fear of commitment, her desire to take risks, her athletic hobbies and describes herself as “Wreckless. Young. Stubborn. Unpredictable. Sensitive. Tough. Unorganized. HAPPY. This is me.” Her prose is full of earnest hope — she takes a journal she refers to as her “Buddha Book” to South Padre for Spring Break to stay grounded and quotes Tennesee Williams and talks about being wild at heart! — that we really debated linking to it here b/c we don’t want it to go away, but it would be a**hatty to mention it and not link, right?  In her most recent post she is (we think) hesitant about the upcoming premiere: “This is life, raw as ever/And it was my choice to share… the beauty in the breakdown/Is about truely [sic] finding what’s within.”

If you’re in DC, go to the viewing party and tell Emily about Autostraddle!

ANYONE BUT ME: It’s a brand-new episode of Anyone But Me! Super-cute with lots of kissing! The “previously on” clip goes until about 2:44, it’s the same “previously on” from last week. So just skip ahead if you’ve already seen it. It’s a very short episode, but very sweet!

ROSIE & KELLI We all feel safe now that Rosie and Kelli are both moving on, b/c it’s the worst if one person is and one person isn’t, right? Rosie has been spotted out ‘n about with another lady in her crocs, holding pinky fingers, and some INTREPID reporter apparently took a picture at The Abbey of Kelli with a special lady you just might recognize too. (@radaronline, @queerty) 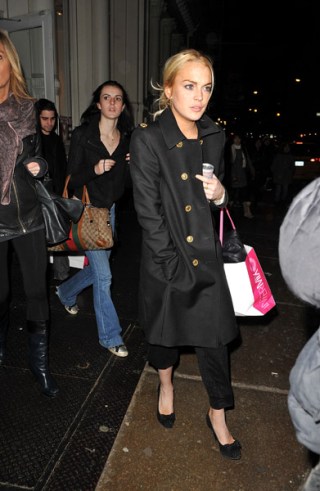 ROHAN: Speaking of couples we don’t like to see apart, Lindsay Lohan has once again ventured to Intermix, where I used to shop when I could still afford meals and stuff.  Well guys guess what; “Lindsay Lohan is growing her apparel universe. The starlet is set to expand her leggings label, 6126, to a full-fledged contemporary apparel line for fall 2010.” Big news! Take off your underpants it is time to buy new ones! Can you be funny at a cocktail party? Put some pants on! How are leggings?  Do me a favuh and step away from the tree! (@wwd)

Lindsay & Sam were named one of the hottest couples of 2009 by MTV Italy. (@mtv)

BRITTANY MURPHY: Brittany Murphy’s cause of death has been “deferred.” Although in Law & Order, causes of death & toxicology reports can be secured within 24 hours, somehow when celebs die it takes “up to six weeks before the toxicology, histiological, and neurological results from the coroner’s office are available.” (@x17) A friend of a friend of Brittany’s we know in L.A. says Brittany’s death was a direct result of anorexia and pills used to suppress appetite, such as topomax and amphetamines, but that Brittany did not use cocaine. So take that for what it’s worth, which is you know, basically nothing. (@ourfriend)

BLAIR LOVES BROADWAY: How did we overlook this fantastic group of Top Ten lists provided for us by all the characters of Gossip Girl? (@cw)

GOLDFRAPP IS GAY: I think we missed this the first time we posted about the latest lesbians in midlife trend piece, but the article also asks us to consider “43-year-old singer Alison Goldfrapp, famous for teasing audiences into a dark sexual frenzy, who recently embarked on a relationship with Lisa Gunning, the hip film editor who worked on Sam Taylor-Wood’s John Lennon movie, Nowhere Boy. ” (@times uk) 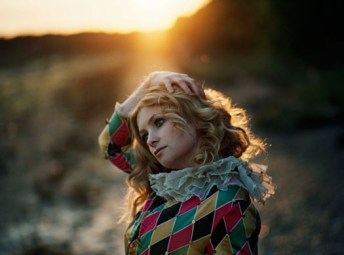 QUOTES: The 50 Funniest Celebrity Quotes of the 00s! Whitney says crack is whack, Paris wants to know if they sell walls at Wal-Mart, Sarah Palin reads all the newspapers and dear dear Mariah Carey just wanting what we all want — “one day off when I can go swimming and eat ice cream and look at rainbows.” (@buzzfed)

TOP 30: SheWired’s Top 30 Lesbian Events of the Decade ! We can’t tell you more of what’s on there ’cause our Top 20 events of the decade is gonna be published tomorrow and if we see something on SW’s list that we forgot to put in then we will freak out and have to go edit the whole damm thing all over again. Blimey! But we bet this list is hot! No Spoilers! Read it! Do it for your mutha! (@shewired)

LAW & ORDER: The three Universal Truths of Law & Order followed by a bunch of commenters admitting that they, too, have been watching Law & Order nonstop since before Christmas. Although I kinda feel like they’ve slowed down I can’t find a single episode on right now. (@bestweekever)

ATTENTION: Bisexual/Pansexual Queer-identified Youth! Robyn Ochs is wants you to write for the next issue of Bi Women (the theme of the Spring 2010 issue is BI YOUTH: “If you are a young bi person, 25 or under, tell us your story. What is it like to be you? How did you come to identify as bisexual?  Or, if you have a non-binary identity but use a different word than bisexual to describe yourself — tell us what, and why.” Check it out, kids! (@sexbodygender)

TYRA: You heard it her 500th, folks – Tyra Banks announced yesterday that her talk show will end after its five-year run. That’s too bad! That show usually provided us with some good YouTube videos to mock. (@nytimes)