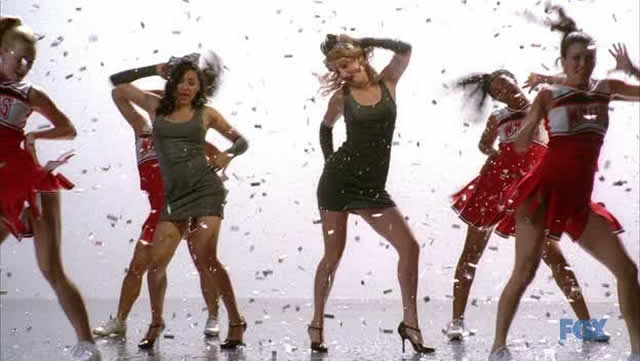 this is how lesbians have sex

This week, The Whitney Houston Glee Show gave us some good songs and almost no plot, much to no one’s surprise. They started out strong with “How Will I Know” but immediately expected me to care about Mr. Schue, whose wedding storyline I totally blocked from my memory along with that time they covered Ke$ha and basically everything post-“I Kissed a Girl.” You see, William wants to move his wedding up to May because once the senior Glee clubbers graduate, they will run, run away and never return. Apparently, they won’t even be back for winter break, when the wedding was originally scheduled. Because this episode is self-contained, he gets over it by the time the credits roll. Next!

Relevant to your interests, Heather Morris’s legs looked amazing during “I Wanna Dance With Somebody.”

Brittany and Santana, despite all the singing and hand-holding, never actually had a conversation during this episode, which is good because Kurt and Blaine are the only gay couple anyone cares about. Klaine Klaine Klaine. Whenever this show has any queer lady action, it feels like the writers are throwing us a bone because they know you need new gifs for your Tumblr.

But lo! There’s trouble in gay-boy paradise! Blaine is (rightfully) upset because Kurt is flirtatiously texting a new gay guy, because this show needs more characters. Despite being a super gay, musically-inclined kid from Lima, population: New Directions and some corn, no one has ever heard of this kid. Maybe he just now got on Grindr or something, I don’t know. More importantly, Blaine is upset because Kurt is leaving him for his fake school in New York. They eventually talk it out and then hug, because that’s how gay people have make-up sex on this show. The moral of the story is that if it seems like your boyfriend is upset because you’re emotionally cheating on him, he’s probably mad about something else entirely, so you should sing a weirdly arranged Whitney Houston song into a microphone that isn’t plugged in. Next! 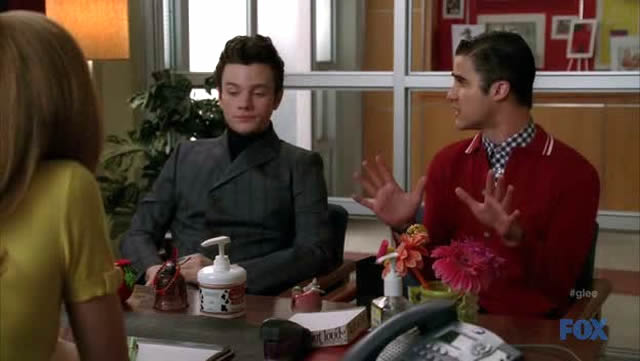 And listen, I only got to sing one song this week! That’s such bullshit!

Anyway, next week Rachel and Kurt are finally auditioning for NYADA, but the episode is called “Choke,” so I hope that they haven’t screwed themselves over by pinning all their hopes and dreams on this one school that holds auditions three months after every other school in the entire world.

All righty, campers, how did you feel about Glee this week?