This review contains mild spoilers for Season 2 of Ginny & Georgia on Netflix, especially the gay parts.

Ginny & Georgia is one of those shows that somehow manages to inflict me with the same feelings the characters are feeling. When Ginny is having a panic attack, my chest feels tight. When Georgia is feeling out of control, I feel my breathing speed up. When Marcus can’t get out of bed, I feel heavy. And when resident lesbian Max is on screen, everything feels brighter and more unpredictable.

In the second season of this show, things get worse before they get better (and then worse again). Ginny learns that just because they’re finally settling into one place doesn’t mean things will magically get better for her. Ginny finally made real, deep connections with girls her own age, but with real friendships comes real heartbreaks and she’s facing that for the first time ever. Max is on a rampage for the first half of the season, misdirecting the heartache of Sophie breaking up with her and taking it out on her closest friends.

Max has a really hard time getting over Sophie, constantly texting her and trying to talk to her when they run into each other. Max is pushed further over the edge when Ginny spots Sophie on a date, not helped by the fact that Max is cast as the wicked witch in the Bridgerton musical knockoff the drama club is doing. (The musical was hilarious but I did spend the rest of the show yell-singing “MARRIAGE IS A DUNGEON. LOVE IS JUST A WEAPON.” every time relationship drama came up. Might be my new theme song.)

One thing I love about Max is how extremely dramatic she is. She hides her real pain behind melodramatic hyperbole, dramatically flopping down and announcing her own inner death on more than one occasion. Eventually she realizes that pushing her friends away isn’t going to heal her broken heart, and in her journey to get over Sophie, she meets Silver (Katelyn Wells), the head of the drama club’s costume department. 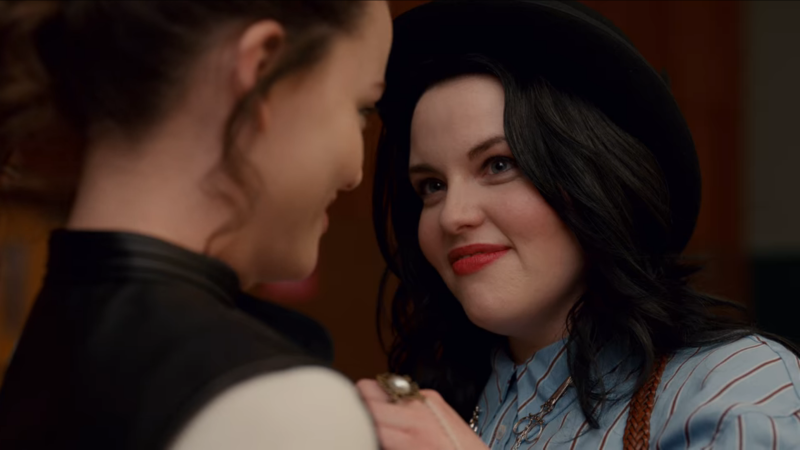 The theme of this musical is inexplicably (but blessedly) steampunk, so Silver is often smiling shyly at Max while she ties up her corset or buckles a leather strap around her. The gay theater nerd in me screamed about it every time, it was right out of my fanfic dreams, but it takes a while for Max to even realize Silver is into her; she’s so busy looking backwards she doesn’t see what’s right in front of her. 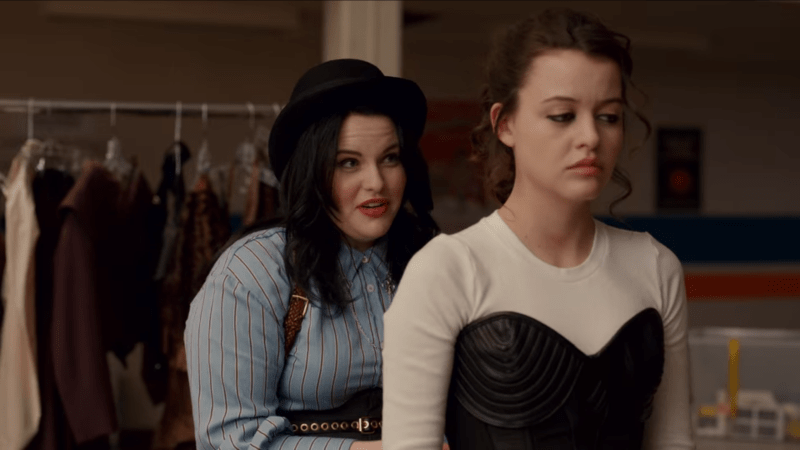 Okay fine I know she’s literally behind her but YOU KNOW WHAT I MEAN.

This season we get to see a lot more of Max, metaphorically. (Maybe also literally; I didn’t measure/compare screen time to the first season.) We peel back some of the comedic and dramatic armor she wears to see what she calls the charred remains of her heart. We see her heart sink when she realizes she let Ginny down by not being there for her when it came to their racist AP English teacher. We see her grow closer to Bracia, Ginny’s friend who got the lead role, a character she easily could have resented but instead befriended; Max even got invested in Bracia’s showmance, it was very cute. We see her take care of her brother and really worry about him when his depression gets worse. We see her have a really lovely conversation with her father about how deeply important the comedic relief character can be, and that just because she was cast as the witch in the play doesn’t mean she’s not a leading lady. And we see her resist the trope of being friends with your exes, because sometimes it’s just too fucking hard and that’s okay. 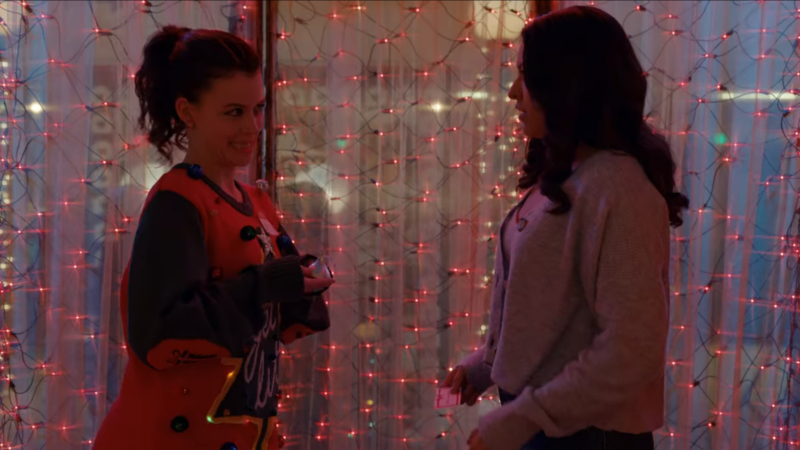 Max was unhinged for this and I support her wholeheartedly.

Max is one of those rare queer characters who gets to exist in a second season, and who has her own unique relationships with multiple main characters. Just like her character in the play, she’s the comedic relief while also being vital to the show. Sophie (expertly played by queer VIP Humberly González) is still around because she goes to the same school, and her friends treat her relationship drama with the same weight as anyone else’s. The fact that she’s queer isn’t a topic or a factor, but it’s also not ignored. A lot of shows would have taken her relationship with Sophie ending to reduce the amount of queerness or how much Max mentions an ex-girlfriend or a potential new girl crush, but Max is a rainbow tornado and hardly a scene goes by without her mentioning one or the other. It’s how I imagine a lot of queer teens are these days, in a way I never got to witness as a teen in a Catholic high school in the early 2000s. It’s all the drama of being a teenager in love, without any of the shame. And it’s a delight to watch.

Sara Waisglass’s performance was so fun and full of heart at every turn. And she’s in good company. I was ready to start making papier-mâché Emmy awards to throw at Antonia Gentry and Brianne Howey for their brilliantly devastating performances. Ginny and Georgia’s relationship is so fraught; at times it’s toxic, but they’re trauma-bonded and there’s real, deep, impenetrable love under all the layers of pain and fear and resentment. Ginny is at the age where she’s finally able to start seeing behind the perfectly tailored curtains Georgia always has up. Her mother is no longer this untouchable ice queen, but a formidable statue with wear and cracks she never noticed before.

As someone who has dealt with both, I personally think this show does a beautiful and heart-wrenching job of depicting struggles with self-harm and depression. And it shows the wide range of teenage emotion and how everything from grief and loss to your first relationship going south can seem almost unbearable when you’re at that time of your life when everything is the hardest it’s ever been but somehow still has barely begun all at the same time. To quote a musical about the high school experience, “The world doesn’t end, it just feels like it does.”

Overall season two matched the vibe of the first season, and the whole thing was a dramatic, hilarious, sad, stressful, fun time. And I won’t hold my breath because of all the recent cancellations but I’d love a third season (and so would creator Sarah Lampert), if the TV gods would deign to bless us with one.