Neuroscientists say that no one can multitask, that our brains are actually incapable of doing several things at once, and that what we’re really doing when we say we’re multitasking is forcing our brains to bounce around, smashing the gas and the brakes over and over, which ultimately makes them glitch out, and we become even less productive than if we’d focused on one thing at a time in the first place.

Well, and that’s obviously because neuroscientists never studied Anne Lister’s brain — something I think she would have loved, by the way — to discover the one human being who was able to do and think about manifold things at any given moment. Like, say, finger-banging her new, wife while also pleading with her to write to her sister to split their estate, while also listing off facts and figures about their annual incomes, while also calculating various mining and real estate investments, while also plotting revenge against the Rawson brothers who are still stealing her coal! The only thing Anne Lister’s not thinking or caring about is the pig murder from last season, which is just another thing she and I have in common. (The pig murder apathy, not the multi-tasking thing; I’m down for chit-chat while having sex with my wife, but I draw the line at doing our taxes while I’m focusing on more, um, pressing matters.) 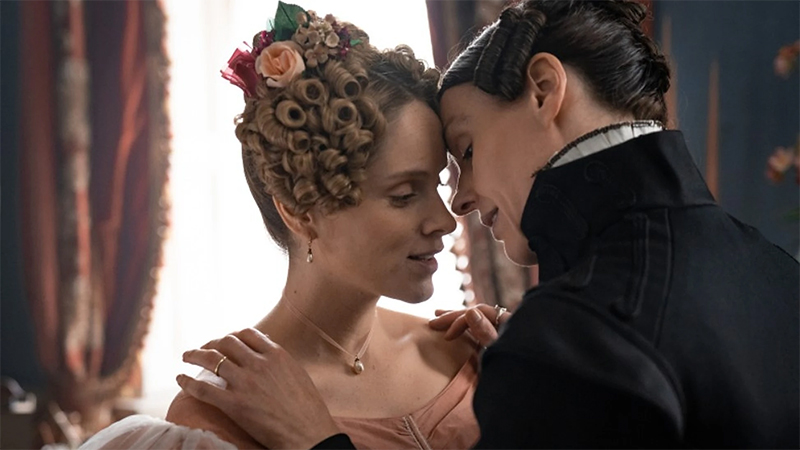 Your skin is so soft and multivariable calculus is the extension of calculus functions of one variable to calculus with functions of several variables I’ve missed you so much let’s go to bed.

It’s been a month since Anne and Ann’s Easter wedding in York, and while Ann is taking some time away from Crow’s Nest and her nosy-nelly family, Anne is still striding around Halifax at a giraffe’s pace doing even more business than usual. Sure, sure, she’s sinking the pits and hiring child laborers to chip away at rocks in the dark for 12-hour shifts. And yes, she’s still collecting her own rents and supervising her own men in the fields. But now she’s also making major improvements to Shibden Hall, for Ann Walker’s comfort. It turns out living in a house that goes back 15 generations to Charlemagne doesn’t keep the cold out, and anyway, Ann needs a place to keep the things she buys on a whim with her three thousand pounds a year. Like a pony over dinner, just for one example. Anne’s still afraid her beloved is going to bounce at the slightest provocation, so she wants Shibden to be as comfortable as possible.

Marian’s excited for her new bestie to move in, but she’s frankly had it with the workers clomping in and out, the constant hammering, and the dust that’s contributing to a cough that just won’t quit. Aunt Anne’s kind of had it too, but she loves Anne Lister too much to offer up a complaint. Captain Lister honestly probably can’t even hear the clanging, and it’s not like Anne would listen to him if he told her to cut it out. All in all, they’re looking forward to seeing Anne settled with her new wife. They’re hoping it might tame her, even just a little bit. (They are incorrect about that, but it’s nice they’re so happy to build a home with not one, but two entire lesbians in the 1830s.) Marian finally confesses to her sister that her cough is lingering and she’s afraid it might be consumption. Anne does a quick check-up at the breakfast table, using a teaspoon as a tongue depressor, gives Marian an affectionate wallop on the chin, and tells her she’ll live. Marian’s relived; she knows Anne would straight up be like “welp you’re dying!” if she was dying. 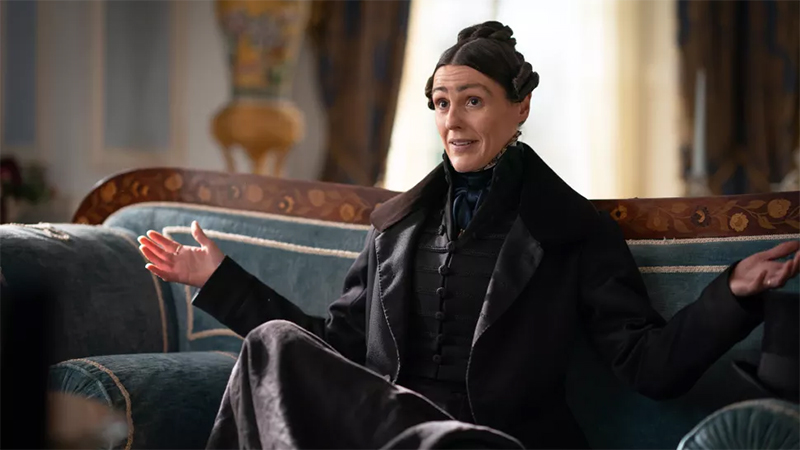 And that is why I think the basketball remains slightly gayer than soccer.

Even Anne’s old flame Charlotte Norcliffe is happy for her friend, mostly. When Anne and Ann attend a fancy dinner party at the Norcliffes, Charlotte does worry, late at night once Ann is asleep, that Miss Walker isn’t quite a perfect match for her former gal pal. She doesn’t think Ann is clever enough, really, to spend her life in the company of Miss Lister. She thinks maybe Anne should let it amalgamate a little bit more before she takes the plunge of matrimony. Anne says that, actually, the two of them have been amalgamating for 18 months and they’ve already sealed the deal. Emotionally. They can’t seal the deal financially until Ann talks to her sister about splitting up their estate. And anyway, Anne is aware that no one can keep up with her, mentally or physically, and she’s no spring chicken. The main thing is Ann Walker loves her. She’s a gentle lamb of a thing who sends cough syrup and asparagus to sick sisters and one day probably Anne says that she’ll love her wife back.

And Anne is fond of Ann. She encourages her artistic pursuits, takes her to some old church ruins with a master art instructor, and smiles so adoringly, chomping down on an apple (not a euphemism) while watching Ann paint. 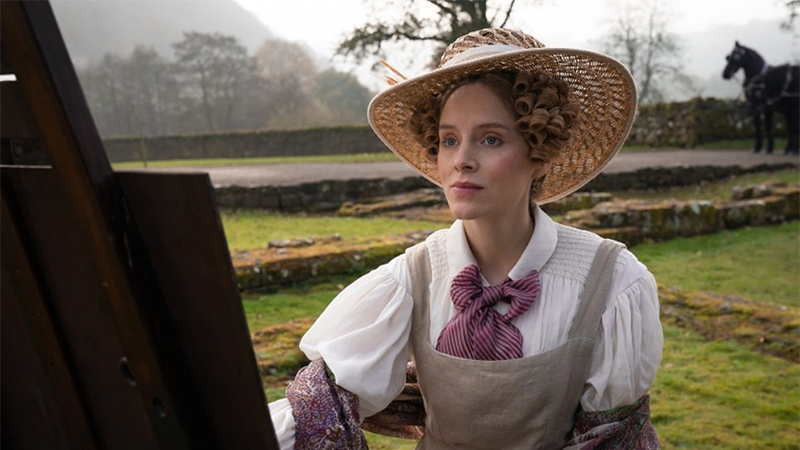 I bet Anne’s out there striding around thinking so fondly of our kisses last night. 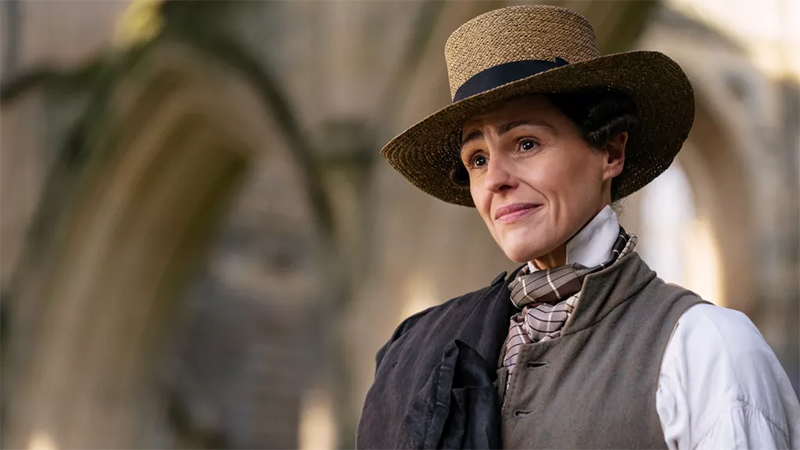 I’ll tell you who isn’t happy for Anne Lister, though, and it is Mariana Lawton, who receives Anne’s wedding announcement in the most overwrought way possible. She clutches it to her chest, she lumbers toward the fire and braces herself on the mantle, she stumbles down the stairs crying, she ambles up and down the hall of her mansion like a ghost, and stares out the window — the letter still in her death grip — with nothing but grand wishes of dyke drama in her heart. She’s already fired off one letter telling Anne to hold her horses re: getting so close to Miss Walker, and now she fires off another one about how Anne’s the only woman she ever loved, despite the fact that she’s been breaking Anne’s heart between sweaty trysts for a good two decades. Anne’s married, fine, but oh ho, this is not over for Mrs. Lawton. No indeed! Anne’s frankly giddy at the fact of getting back at Mariana, even just a little bit. She’s been wearing funeral clothes about her for 17 years.

The Walkers, Rawsons, Priestlys, etc. are also not happy about this match and they don’t even know about the whole marriage thing yet. All they know is Mrs. Priestly caught Anne with her hand under Ann’s petticoat that one time and apparently orgasms have granted her superpowers the way sun charges up Supergirl, and now Ann’s just coming and going as she pleases without even agonizing one bit over her family’s intrusive opinions. Anne ends up telling them too much of her wife’s business, which causes Ann to snap at her in front of the Shibden servants, which causes Anne to snap back about “don’t ever talk to me like that in front of the staff” but they make up with three “kisses” and Ann says they’ve never done it that good before. Angry Anne works for her, scissor-wise. 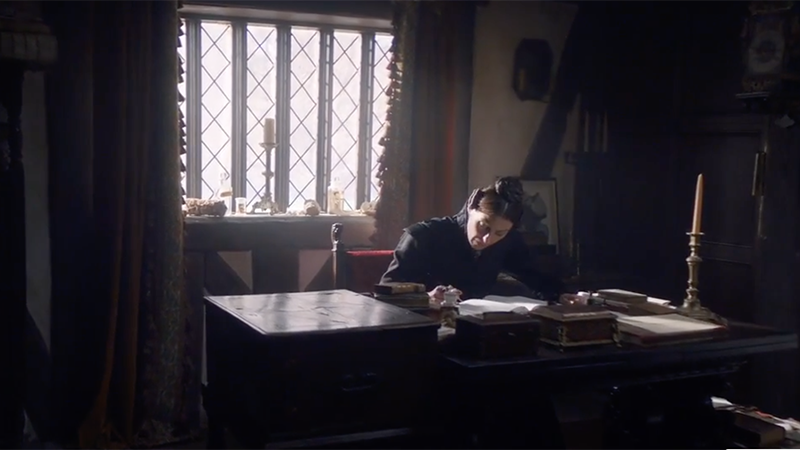 My dear Mariana, I have used my exclusive access as an A+ member to the A+ Advice Inbox to ask about our relationship, and the Autostraddle team insists that you being married to a man for 17 years means it’s time for me to move on. Best investment I’ve ever made, to be frank. (edited) 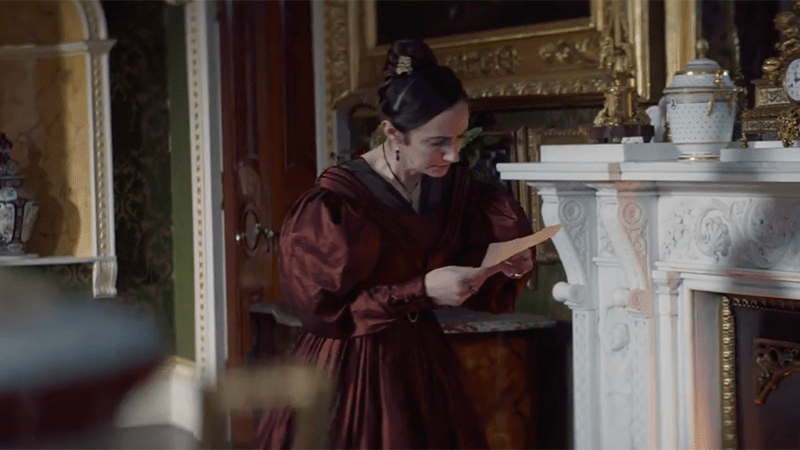 Damn you, Autostraddle! Without A+ I could have strung her along for another 17 years!

Which is maybe why she’s an Eve Polastri level of turned on the next day when Anne pulls out her gun and threatens to shoot the jackass she hired to be her new footman. He doesn’t like the Lister livery and he doesn’t want hand-me-down clothes, despite owning, as far as I can tell, one shirt and one hat. So Anne fires him and he says some very rude things, and off she goes to grab her bullets. Marian’s pleading with her to calm down and Ann’s in the hallway smirking like the sweetest devil.

Anne doesn’t do any murders, after all. Instead, she hires Joseph who has now ridden a horse one single time in his life, and off they go to Paris, where babies get dissected and lesbians roam as free as wild horses.