Hi :) My name is [redacted], and I’m a trans woman. I spend a lot of time on lesbian instagram and tiktok, and while there’s tons for me to relate to, it feels conspicuous how little trans women’s bodies are shown or mentioned in the lesbian memespace. Many meme accounts and other such will share beautiful art and artists depicting lesbian intimacy, even including non-binary people. But I just don’t see trans women included in that kind of thing. There will be these super relatable memes about dating as a lesbian, coming out, all that. But it feels like there’s never a reference to coming out as a trans lesbian, or any of the problems that we face, or the joys that we also have as trans lesbians. It feels like the most popular voices in online lesbian culture either don’t know any trans women in real life, or are afraid to include trans women in their material.

So what do I do? Do I ask [redacted lesbian IG memer] to post more trans shit? Do I have any right to ask people I don’t even know to include me? Thank you for your time!

Something unfortunate that frequently happens online is trans women rightfully lament the fact that frequently, cis straight men and cis gay women won’t date us. Unfortunately, because of the extreme limits of social media for any kind of nuanced or meaningful discourse, this gets characterized as us commanding people to date us.

What people who share those feelings online are actually doing (usually) is expressing their feelings about the system of oppression we live within, about how it feels to have one’s identity invalidated, and how hard it is to pursue love and affection when you’re so marginalized. What they are not doing (usually) is trying to force unwilling individuals to rectify this situation. There’s a big difference between saying “it sucks that so many cis lesbians exclude us from being potential lovers” and saying “if you don’t want to fuck me, you’re a bigot.”

The difference between a lament and a command is frequently blurred online, and sometimes in our minds… and I think it might be blurred in your question, too. Is it valid to be frustrated like you are? Yes! I am too. Is it appropriate to ask a cis creator to include trans women in content? No. You probably do have the right to ask, but I don’t think you actually want to force unwilling individual cis people to create content that speaks to you. What it sounds like you actually want is for trans inclusion to be so mainstream in the lesbian community that they want to create it, or that trans lesbian creators become more popular. I feel you. We just aren’t there yet. It sucks! You’re on the right website, though.

Now, you asked “what do I do?” Ask yourself this, I guess: Why don’t you feel included unless some piece of content is specifically about trans women? Would a lesbian intimacy drawing, for example, only feel inclusive if you could see one of the girl’s penises? If you could see a beard shadow, an “Adam’s apple,” surgery scars, some kind of particular musculature or body shape that you associate with being trans? If they are literally in the process of injecting hormones? That seems… essentializing to me. I know there’s something special about seeing trans-specific lesbian content, but that content does exist. It’s not super common, but neither are we.

Something that helps me is realizing nearly all lesbian content is already inclusive of trans lesbians. I’ve rarely seen, and genuinely find it hard to imagine, memes or art that’s specifically about or for cis lesbians only. I’d recommend that you imagine that there’s at least one trans woman in every lesbian piece of content you come across unless specified otherwise! In my mind, for example? All the ladies below are trans! There’s no reason to believe they aren’t, even if the artist had different intentions. Click to see each artist’s Twitter handle, by the way. 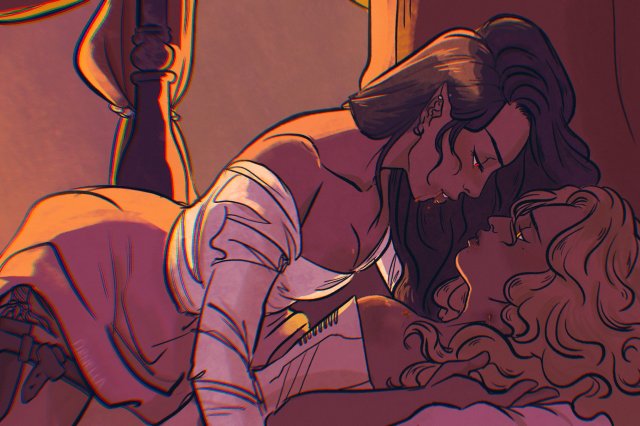 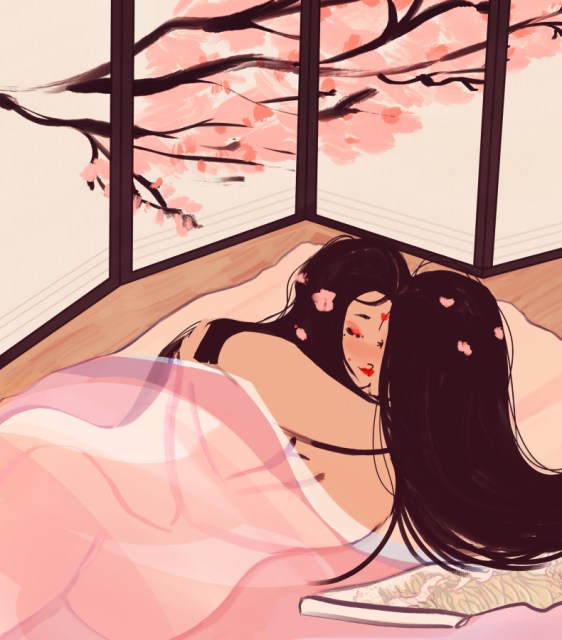 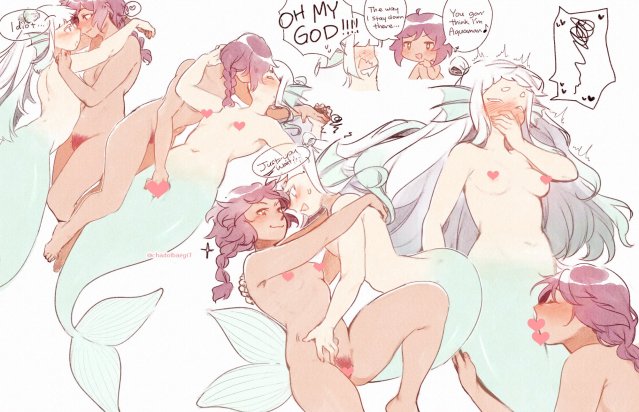 The point is this: it sucks that we still have to struggle with inclusion in lesbian community, your feelings are valid, and I hope you’ll be OK whether or not you can find enough trans lesbian-specific content online. I hope you can find other types of content relevant, meaningful, and fun. I hope you’re building IRL, or more substantive than social media-based, connections with kind, loving people regardless of their identities.

Now, with all of that bluster out of the way, here are some recommendations. FYP by Shelli and No Filter by Christina are great sources for trans-inclusive lesbian celebrity content. r/actuallesbians is a very inclusive subreddit (note that it’s called that because the r/lesbians subreddit is just porn), though it seems to skew pretty young. Some meme pages I’ve laughed at: @trans_lesbian_things, @mtf.trans03 and @mtf.trans.memes, @sassy.trans, @_akuithakitten_, and @bigdyckmom6. Some artists with explicitly trans-inclusive lesbian art: Bonnie Guerra, Felix D’eon, Gabriella Grimes, and Valerie Halla. And if you’re into gaming, maybe check out Hardcoded or Knife Sisters (I haven’t played either yet, to be fair, but they’re highly recommended).

Hopefully commenters can provide more recommendations, and hopefully we’ll exist in a day when the majority of lesbian content online is either explicitly trans-inclusive or the culture will have changed to where it’s easy to assume it is. In the meantime, we’ll just have to remember that we are women, we are lesbians, and any lesbian content that doesn’t explicitly exclude us by default includes us.

You can chime in with your advice in the comments and submit your own questions any time.

Abeni has written 83 articles for us.