If you live even a tiny bit outside of the gender binary, you know your identity isn’t always given a whole lot of room to exist in this world. The levels of gender policing the average human faces in a lifetime can be damaging and belittling to all of our brains, our spirits and the very core of our beings.

So how do we fight that situation, how do we break the binary, how do we make the world a safe space for other people to express their true genders once we’ve finally got a handle on our own and the confidence to live openly and truthfully? Well if you’re Lauren Lubin, you decide to make a movie about your experience transitioning from female to gender neutral, and you aim to educate the world so that eventually things will change. As a firm believer in visibility and an avid consumer and producer of media, I think that Lubin’s approach is absolutely perfect. 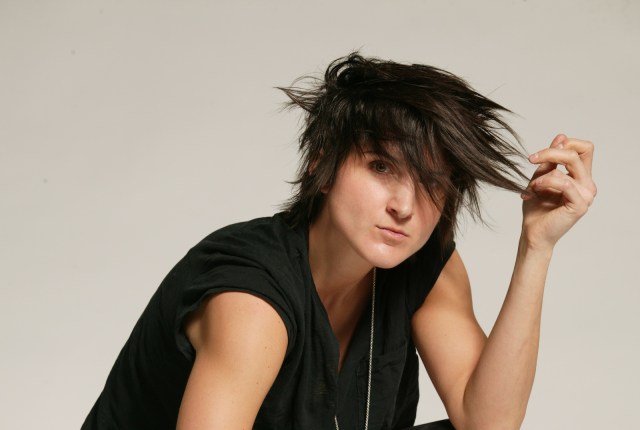 “I exist outside of the binary definition of gender.”

Lubin’s film, Gender Blender, aims to illuminate the fact “that humans are born not just male and female but a multitude of beautiful gender expressions,” and will do so by sharing Lubin’s own story from a very intimate angle. “I am a third gender,” the film’s website proclaims in Lubin’s voice. “I exist outside of the binary definition of gender. This is my story.”

Lubin spoke about her gender identity and the genesis of the film at Chicago Ideas Week, and her words highlight the necessity for conversation around the subject of gender.

My favorite part is — predictably — when Lubin talks directly about trans* visibility, both the lack of it and her desire for it. It happens at the 8 minute mark and it’s so blunt and perfect. If you only watch one minute of the speech, I think it should be this minute (though really you should watch the whole thing, it’s very good and inspiring).

Why is [the message of the film] so important? Transgender people and those who exist outside the gender binary have attempted suicide rates between 40 and 60 percent compared to the 1.6 percent for the general population. This community is consistently ignored, is subject to widespread discrimination, and has one of the highest abuse rates of any other demographic. Put simply, we do not exist. We do not exist in most bathrooms and changing rooms. We do not exist in the media. We do not exist in official government paperwork. We do not exist in academia at large nor in most literature. We have become invisible. This dire situation is the driving force behind this big idea. We wish to be visible once again. We wish to tell our stories and to no longer be silenced. It is only through this conversation that we can allow a space for us to grow and this is the conversation behind this film.

Gender Blender is now in production but Lubin is still raising funds to complete the project. The film was recently accepted into the Independent Filmmakers Project (IFP) Fiscal Sponsorship Program, making Gender Blender an official sponsored project of the IFP. That means all new donations are tax deductible and that IFP is going to fiscally oversee the film and provide guidance to make sure the final product is the best it can be.