I wonder who the Top Ten Lesbian Fashion & Style Icons are! Oh! Look, it’s a top ten of the most fashionably lesbian superstars of the universe! Hey did you hear about that Kaki King art show? It was so good, Katrina went and now she’s gonna tell you all about it.

AMERICA’S BEST DANCE CREW: Vogue Evolution brought it on this week in MTV’s America’s Best Dance Crew, doing “Deja Vu” for the Beyoncè challenge and sealing a spot for next week’s showdown. – “It took a transgender woman to bring out the feminine side of Beyonce tonight,” said Lil’ Mama. Lil’ Mama also complemented Leiomy for swinging her hair, Shane Sparks said everyone is talkin’ about Leiomy, and the guy from N’Sync was like “WOW!” and then Maggie Gallagher threw herself off a bridge.

REALITY TV: Someone got word that The Real Housewives of Atlanta are casting a The Gay Househusbands Show in New York. I think this is sexist! RAWR! (@gawker) 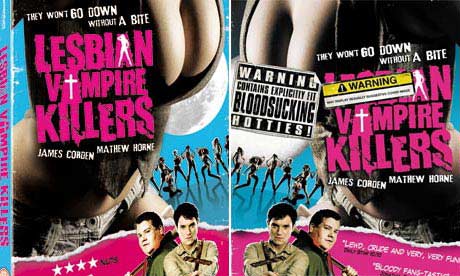 ANNIE LEBOWITZ: How Could Annie Lebowitz be on the Verge of Financial Collapse? Friends say Leibovitz has begun to think of herself less as a celebrity artist leading a charmed life and more as a single mother of three fighting to keep a roof over her head and food on her family’s table. (@nymag)

LADY GAGA: Lady Gaga is famous, and therefore people will say crazy things about her: Lady GaGa ‘eats up and spits out’ men. “The wacky singer’s record producer Rob Fusari compares her to the Tin Man in The Wizard of Oz – who doesn’t have a heart.” (@thesun) (“My ex-boyfriend said that to me once, Lady GaGa is my soulsister, and maybe yours too!” – Riese)

OUR FAVORITE EXCUSE FOR NOT WATCHING MAD MEN, VIA GAWKER: It’s boring. 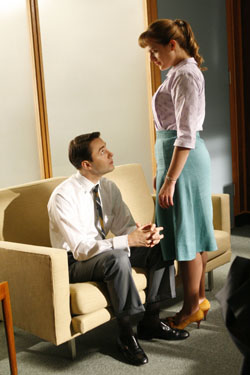 It’s not like 24, or one of those shows were shit actually happens. Dude gets drunk on martinis at lunch. Dude gets undercut by younger dude. Chick gets pregnant and maybe goes crazy. Dude smokes. Dude gets drunk. Dude cheats on wife. It’s like the 37 hour-long version of Revolutionary Road without Michael Shannon going all batshit in it. The era Mad Men was set in was boooorrrrring. They didn’t have the internet or really good drugs, or people to write like 12 year-olds on the internet on really good drugs for you to read. Also, only boring people get bored, and these people are bored all the fucking time.

And WE COULD JUST POSSIBLY NOT AGREE MORE: Perhaps, In The End, Everyone Should Just Stop Talking About Everyone Else’s Bodies (@jezebel)

LESBIAN UNTIL BOX OFFICE GOLD: Amanda Seyfried and Megan Fox made out, are well aware that little bit will be used to promote Jennifer’s Body like WHOA.

BILL CLINTON: Blogger calls out Bill Clinton: “your defense of why you signed [DADT and DOMA] was unnecessary because we all understand the politics of how it came to be. I wasn’t seeking an explanation. I was hoping that you would take the opportunity to strongly express your support or repealing both of those laws to help make it a reality.” (@metro weekly)

IRAQ: Human Rights Watch will urge in a report to be released Monday that the Iraqi government do more to protect gay men, saying militiamen have killed and tortured scores in recent months as part of a social cleansing campaign. (@wapo)

“Straight Up Now Tell Me Award“: Chicago, w4w – $Generous$?? College Cutey for u! – ”My time is precious and if you want to spend it with me doing whatever I need to be compensated…”

“The Bristol Are You Out There Award” Alaska, w4w, missed connections – Hotness in the red jeep – “I saw you get into a red jeep at Chili’s in Wasilla yesterday. You are HOOOTTT!!!! Hit me back if you are single and interested.”

i want your creamy blond hair all over me. to cover all my greys. to make me feel young again. ps i went to your work and they said you don’t work there anymore. that place will always be special to me. that’s where we met.

The “Straight Up Now Tell Me Part Duex Award” to New York, w4w – ISO of insincere, dishonest, lesbians ONLY – “…I don’t like to lick ashtrays, so smokers need not apply. Same with women who use drugs … I want you to be mentally present while I’m droning on and on about myself. If you’re persistant enough, you might just soften this old battered heart, and we can enjoy getting to know each other. Thanks for reading my ad, I think.”

The Nonist has a lovely post titled Hot Library Smut where you can ogle a bunch of pictures from the book Libraries by Candida Höfer, whom I’d never heard of until now. See more of Höfer’s photography on ArtNet! Um, I kind of want to kiss her. Is that weird?
+

from Intern Laura: Commercial ostrich farming in Britan has failed because ostriches become so attracted to humans that they fail to mate with their own kind: “The more the ostriches were interested in humans, the more hopeless they were at sex with other ostriches. Some males tried to mount females the wrong way round, and could have broken their legs.”

Laneia: That’s kind of sad and reminds me of high school? For some reason.
Laura: Oh baybay. How emu/emo of you.