It’s been a big summer for South and Southeast Asia when it comes to LGBT and queer news. There were pride parades, lesbian couples eloping left and right, and a whole lot of backlash — but also some hope. The most important aspect of this news, however, is that it was reported at all. Historically, many South and Southeast Asian countries have maintained silence on queer issues. These incidents were reported not only by Western media, but also by local media in the countries.

In India, two female college students eloped at the end of July in the state of Kerala. One of the fathers filed a police complaint, saying that his daughter was kidnapped by a lesbian with the help of Sangama, a Bangalore-based LGBT rights organization. However, police stopped investigations after the two women released statements saying they are both over the age of consent. The father has now filed a habeas corpus with the Kerala high court. 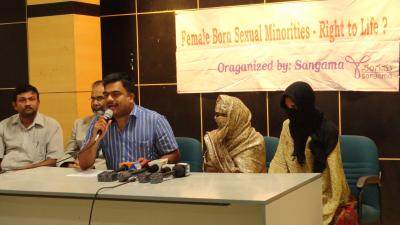 Earlier this year, Rizwana Ansari and Renuka Sisodia eloped and married outside of Bhopal. Again, the parents filed a police complaint, though they originally suspected that a man had eloped with Rizwana.

In Bangladesh, another female couple eloped and married in what is reportedly the first same-sex Bangladeshi marriage. Both 21-year-old Mosammat Sanjida Akte and her 16-year-old wife attended Pirojpur Government Suhrawardy College. They married in a Hindu ceremony in the capital city of Dhaka with the help of an NGO worker. After one of the fathers filed a missing persons report, police found the couple living together in a rental home in Dhaka. The younger woman was returned to her family, and Sanjida is in police custody in Pirojpur, facing charges of abduction and trafficking. If cited for homosexuality, she could face life in prison or up to ten years of hard labor. 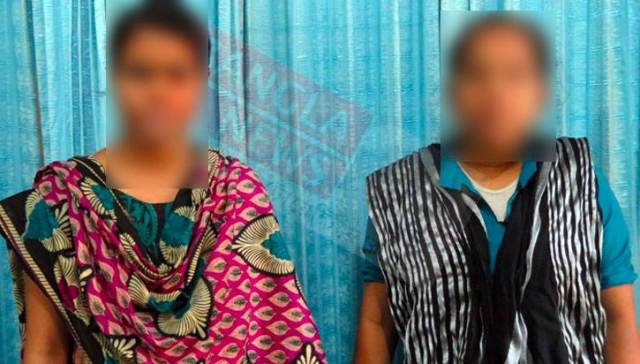 South Asian cultures have a long history of arranged marriage. Women, considered extensions of a family’s honor, were (and often still are) expected to stay chaste until marriage, and defer the decision of a life partner to their families. Of course, for some South Asians this is changing, but these changes are slow to work their way into non-urban areas.

In 2009 and again in 2013, Bangladesh was under Universal Periodic Review (UPR) by the United Nations Human Rights Council (UNHRC). In 2009, the UPR recommended that Bangladesh decriminalize homosexuality under Section 377, and that the government educate law enforcement and judicial officers about sexual and gender minorities to mitigate abuse and maltreatment of LGBTQ peoples. The Bangladesh government consented to the latter, but rejected the former recommendation. Homosexuality is still criminalized in the country.

Most of South Asia remains hostile to LGBT people, and same-sex relationships are often stigmatized, if not outright outlawed. After being put into effect by the British Raj, Section 377, which criminalizes “unnatural” sex, still holds sway in the penal codes of many former British colonies, including Bangladesh. Nepal decriminalized homosexuality in 2007, and is legally the most LGBT-friendly South Asian country with anti-discrimination laws and ID cards that allow a “third gender” option. In a landmark decision in 2009, the India High Court decriminalized homosexuality, becoming the second South Asian country to do so.

Though same-sex relationships continue to face social stigma, India continues to hold annual queer pride parades. There was even one in Bangalore in December, which was covered by The Hindustan Times, a major Indian newspaper. 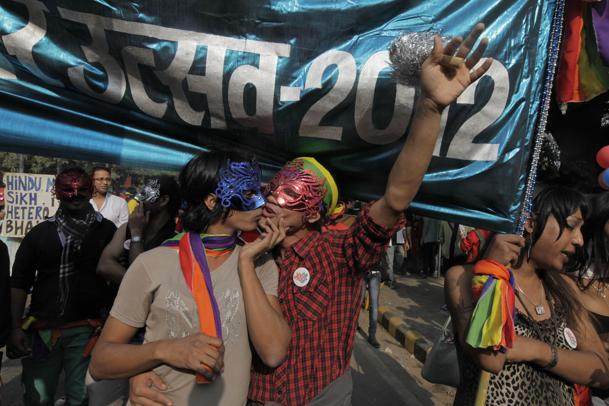 Speaking of pride parades and glitter, Vietnam held its second LGBT pride parade this weekend. Decked out in rainbows, two hundred paraders biked through Hanoi. Although they didn’t have official governmental permission, police did not stop them. For a communist country that tightly controls all public demonstrations, the tacit permission holds a lot of significance. Even though the country’s state-run newspaper proposed the criminalization of homosexuality in 2002, Vietnam is now considering legalizing same-sex marriage. 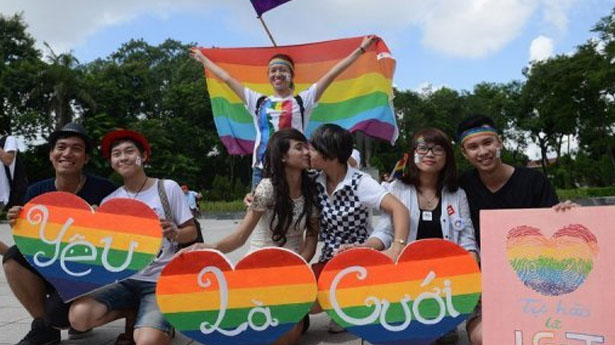 Other parts of Southeast Asia are also facing a shift in the cultural landscape in terms of queer visibility. In June, 21,000 LGBT people and straight allies in Singapore got together for the Pink Dot, or Freedom to Love, campaign. The government kept silent, but like in Vietnam, the event was not stopped, nor was it officially condoned. 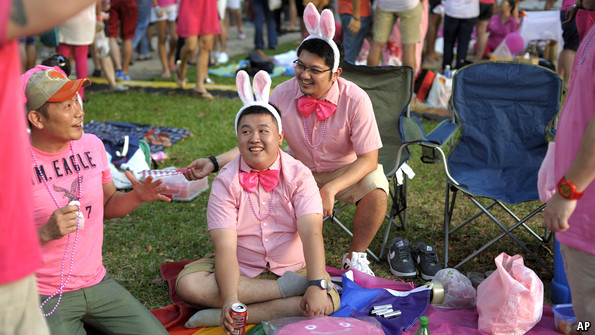 For those who live in the U.S., Canada or any other place called The West, it’s increasingly easy to equate LGBTQ rights with marriage, adoption and associated legal rights. As queer rights in Western nations become more and more about legal reform, we shouldn’t lose sight of the larger cultural shifts starting to take place in countries around the world. (This is not to discount countries like Thailand, which have been on the forefront of queer acceptance for a long time.) While legal reform is important, countries like India, Bangladesh and Vietnam are experiencing an even more important sociocultural shift that has the potential to better the lives of their queer citizens, even if it’s harder to measure quantitatively.

LGBTQ issues are gaining increased visibility in the media, both globally and in these specific countries. Stories of struggle and celebration are now covered by official and unofficial media around the world, driving and reflecting a sociocultural shift toward queer visibility. Greater visibility means less isolation and more connection with the global queer community.

Perhaps what’s most notable about the growing visibility of queerness in South and Southeast Asia is that it’s not negative. Police didn’t break up pride celebrations in Vietnam and Singapore. Local news coverage of India’s pride parades, and the coverage of lesbian weddings, is largely neutral. For countries with long histories of homophobia (largely due to colonialism, although that’s a longer article), neutral news coverage could actually signal a cultural shift. Still, much of our queer family faces very real danger, including but not limited to incarceration.

While those in the West may take things like pride parades for granted, we mustn’t forget that forms of queerness are still criminalized and stigmatized in many parts of the world. Queer people are often still seen as social plagues, and our collective struggle needs to involve global consciousness and awareness.