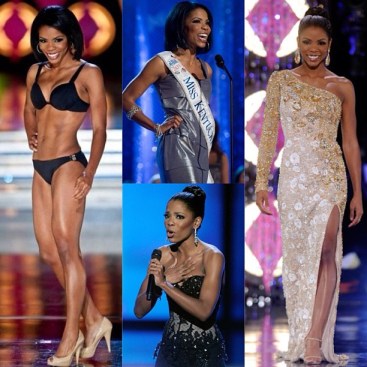 Djuan Keila Trent was born in Columbus, Georgia, in 1986, and later moved to Kentucky, where she was crowned Miss Berea Area and, subsequently, earned the title of Miss Kentucky in July 2010. Trent went on to compete in the 2011 Miss America Pageant and although she didn’t win, she did place in the Top Ten. During her reign as Miss Kentucky, Djuan continued advocating for the homeless (an issue which has been important to her since childhood), volunteered at The Lexington Rescue Mission and served as spokesperson for the Kentucky Department of Agriculture’s “Kentucky Proud” program.

Trent wrote about how she was inspired to come out following the recent ruling from U.S. District Judge John G. Heyburn II that the 2004 Kentucky constitutional amendment against same-sex marriage went against the Constitution’s guarantee of equal protection under the law. The ruling sparked heated debate from people on both sides of the issue, and Trent found herself repeatedly bothered that those against equality assumed not only that Trent was heterosexual, but that she’d agree with their viewpoint.

I would find it rather odd if a man walked up to me and expected me to agree that I should be paid less than my male counterparts. I would be baffled if a white person walked up to me and expected me to agree to use a different water fountain than my white counterparts. I would be baffled with these approaches because it should be seemingly easy for one to look at me and see that I am woman, just as it is also pretty obvious that I am black. But sometimes, I forget to put the “QUEER” stamp on my forehead on my way out the door in the mornings. So, on the mornings that I forget my stamp, I have realized that there is really no way for people to know that I disagree with their views or, even moreso, to know that they are talking about me, unless I actually open my mouth and say it.

So she did — and the response was overwhelmingly positive. 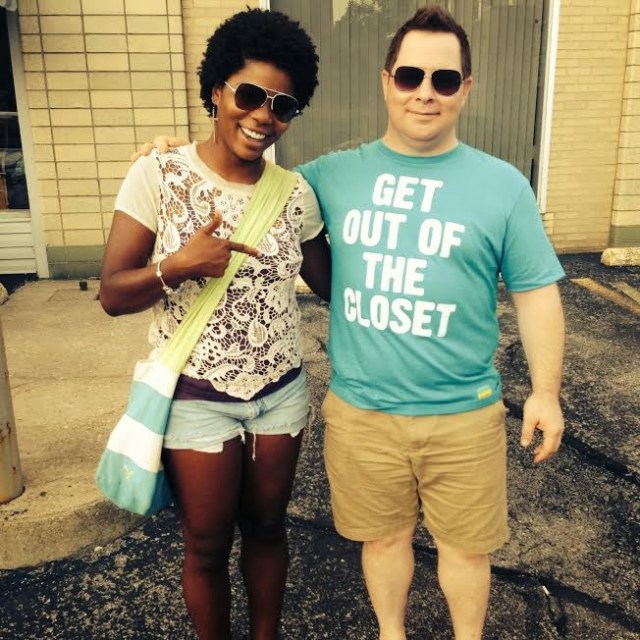 Needless to say, beauty pageant competitors haven’t exactly been the most visible element of the LGBTQ community — pageants are kind of like the female equivalent of the NFL. But that’s been changing lately, starting with out lesbian Mollie Thomas, who ran for Miss California USA in 2012 and Jenelle Hutcherson, who entered the Miss Long Beach contest that same year.  In 2013, nineteen-year-old Afro-Latina gymnastics coach Analouisa Valencia became the first out lesbian to compete in the Miss South Carolina pageant. To the best of my knowledge, Trent is the only openly queer women to have ever competed in the Miss America Pageant.

In her blog post, Trent talks about growing up in a religion that told her she’d been made “wrong,” growing up in fear that she’d lose her family and friends if she were to come out. (Luckily, they have been supportive!) She talks about how she’s been inspired by the celebrities and public figures who have raised public awareness by coming out, noting that “as a result of their actions, we have seen a surge of urgency, awareness and change, as well as a greater sense of community, and individuals building up the courage to share their personal journeys and coming out stories.” She thanks everyone who has come out for giving her the courage to do the same.

Djuan will undoubtedly be a fierce advocate for her community. Last month she performed in a “Dancing With The Stars” event at her alma matter, Berea College, to raise money for the Bluegrass Rape Crisis Center, where she also volunteers. She’s involved with Emerge Kentucky, a training program for Democratic women that aims to increase the number of Democratic women in public office. In addition to everything she does to better the world, she’s also awesome in just about every other way possible — according to her instagram, she has amazing style, owns the cutest puppy ever; enjoys bourbon and Orange is the New Black; and is a fan of Laverne Cox and Melissa Harris-Perry. Basically, if we ran the world, Djuan would be Miss America Forever, is what I’m saying. 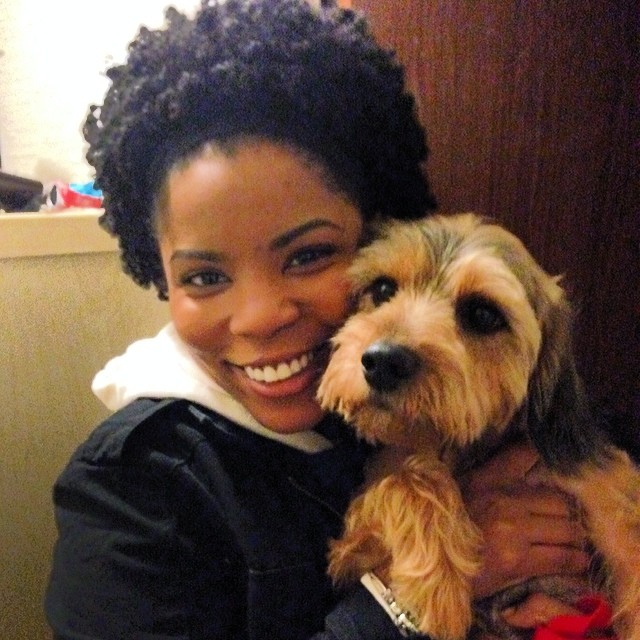 Join A+!
Related:djuan trentThis Is A Coming Out Postwomen of color