A few weeks ago we talked about the Village Voice’s profile of Dan Choi as an activist burning the candle at every possible end; now we’re reading their update, where they report that Choi has recently “for lack of a better term, “lost it” and is taking time off while he seeks professional help through the Veterans Administration. 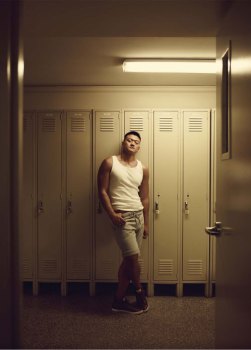 This is sad news, and we are sad about it. There is not much more to say than that. Choi is someone we’ve been following for a long time, and someone who’s stood up to be a leader at a time when the gay community has been let down by every other leadership figure. He isn’t perfect – he’s criticized for being overly harsh, his approaches have become increasingly uncompromising, and some have accused him of misogyny. But we’re not perfect either, and we’re angry and confused and he expresses our anger and confusion in a really honest way, and we want things to be good for him.

We want things to be good for all of us, and that can’t happen if the people fighting for us are worn down and pushed to the point of ‘losing it’ by the thing they are fighting. It’s ironic that Choi credits his breakdown to his time spent serving our country – the thing he is legally prohibited from doing, and has been working so hard to continue doing. Here’s his statement, as related to Pam and Autumn of Pam’s House Blend:

I did not initially want to publicize this but I now realize it is critical for our community to know several things: veterans gay or straight carry human burdens, Activists share similar burdens, no activist should be portrayed as super human, and the failures of government and national lobbying carry consequences far beyond the careers and reputations of corporate leaders, elected officials, High powered lobbyists, or political elites. They ruin lives. My breakdown was a result of a cumulative array of stressors but there is no doubt that the composite betrayals felt on Thursday, by elected leaders and gay organizations as well as many who have exploited my name for their marketing purposes have added to the result. I am certain my experience is not an isolated incident within the gay veteran community.

It doesn’t feel like a coincidence that Choi’s announcement is coinciding with the final chance for  a DADT repeal in the Senate this year; a vote on Lieberman’s stand-alone bill will take place at some point today.

The chances of ending the military’s ban on open service by gay and lesbian soldiers improved significantly on Tuesday when House Democratic leaders said they would introduce a fast-track repeal bill and quickly send it on to the Senate. Once the House bill is approved, the onus will be on Senate leaders to act swiftly, and on a handful of moderate Republicans to fulfill their promise to bring long-denied justice to the military’s ranks.

Choi hasn’t tweeted for the past five days, even though this is the most real news on Don’t Ask Don’t Tell we’ve had all year. His last tweet, though, seems particularly appropriate to the situation at hand. We wish him good luck and good health.