Today in news you already knew: men earn more than women. This latest study, which focuses on the “creative class,” discovered that men in this group make 70 percent more than women who work in similar jobs. The creative class consists of jobs in architecture and engineering, arts and entertainment, business and finance, computers and math, education, healthcare, law, physical and social sciences, and management. These jobs are more lucrative and recession-proof than other jobs, and make up nearly a third of the workforce. 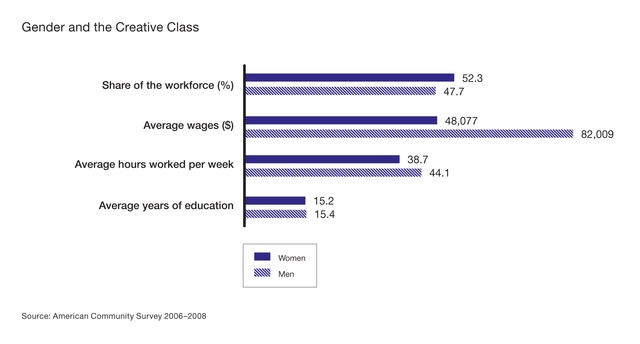 Though women hold a slight majority of creative jobs and have roughly the same education level as men, they earn significantly less. When controlling for education and hours worked, the $33,932 income gap shrinks to $23,700, which still puts men’s wages 49.2 percent higher than women’s. The inequality becomes more pronounced in fields where women hold a majority of the jobs, like healthcare, while the opposite is true of male-dominated professions.

All this noise is both good and bad for women in the workplace. While it does reveal the ugly truth of gender inequality, studies like this can pave the way for work that needs to be done. I’m sure I’m not the only feminist who is torn between feelings of vindication that feminism is just as relevant as ever and concern. How is it possible that there’s still so much work to be done? 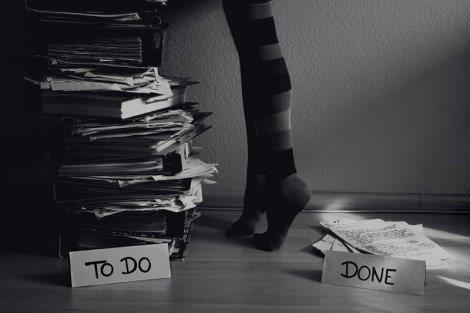 via: we heart it

Rehashing the statistics might feel like we’re beating a dead horse. But what happens when we look at the trends behind the numbers? Some social commentators believe that the modern workplace is becoming feminized, and have declared it a hostile environment for men. It’s true that women now outnumber men on university campuses and in the workforce, but to describe the skills valued in the knowledge economy as “feminine” is absurd. Cooperation, creative thinking, and effective communication weren’t imported into the office by women hoping to feel more warm and fuzzy at work, they’re skills that help everyone thrive in a diverse environment. And there’s no guarantee whatsoever that a woman in the workplace might get ahead for displaying these characteristics, no matter how useful they turn out to be.

Jobs in the creative class require so-called “feminine” skills moreso than any other field, so why are women earning so much less? Other researchers have suggested that homosociality reproduces inequality. Men are mentored and promoted into higher paying jobs by other men who they’ve gotten to know at casually. Gender norms also affect wages even when individuals themselves don’t conform to expectations. Employers have been known to overlook women for promotion to avoid investing in an employee who may eventually leave her job to raise a family. This biologically-based line of thinking imposes limits on men and women who could otherwise make their own choices about how to structure their family (or lack of family) life. Finally, the fact that jobs dominated by women have the largest income gap might JUST MAYBE mean that women’s work continues to be undervalued.

As someone who recently joined the creative class, I’m not exactly ecstatic. As a lesbian, I’m even more bummed out. If, at some point, I decide to get married to someone who also works in a creative job, the sum of our incomes is projected to be only a little more than that of a single man. One positive outcome of economic inequality is that it puts hard data to claims minorities have been making for years. It becomes more difficult to suggest that women or people of color simply aren’t working hard enough when academic research paints a picture of discrimination. So tell your dad, your neighbors, and your dog: you’re not making this ish up.