One of the scariest things about the early steps of my transition was shopping for clothes. I wasn’t ready to go out in “girl mode,” and even if I was, I didn’t have the clothes to do so. Every time I went into a store I was deathly afraid that the cashier would ask who I was buying the dresses for, that other customers would realize what I was doing, or worst of all, that I would bump into someone I wasn’t yet out to. Even though it should have been fun buying new outﬁts and picking out clothes that ﬁnally reﬂected who I was and what I liked, it was huge cause of stress in my life.

What made it even worse is that I’m fat.

I’m about six feet tall, I wear a women’s size 12 shoe, and a size 20 dress. So not only do I have to deal with the crippling dysphoria that comes from having a body that I often don’t even recognize as my own, I also have to deal with the cultural misogyny that tells me that a woman can’t be as big and fat as I am and still be desirable. 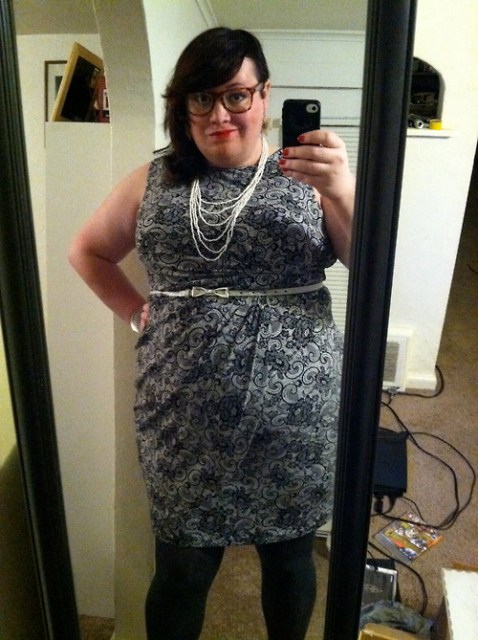 When I started coming out, I also started getting people telling me that I wasn’t a real woman. I was told that I was claiming God made a mistake, that I was making the wrong choice, that I was kidding myself. I was told that even if I dressed and acted like a woman, because of my genitals or chromosomes, I would always technically be a man. I’ve been able to block most of that out. My friends and family have, almost universally, been incredibly supportive and accepting. They see me as the woman I am. There are still a few comments here and there about “biological women” and “biological men” but I’m learning to manage those. Even though I had learned to ignore people saying I’m not a real woman, I now have to deal with an entirely new criticism of my body. Now that I’ve started presenting as a woman, people feel free to comment on how I look. 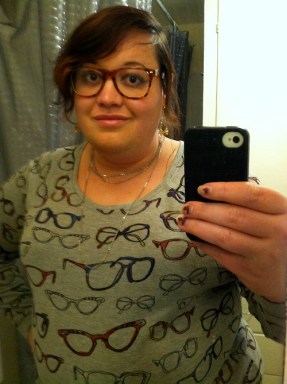 Apparently, now my size is fair play. As a guy, the last time I remember someone making fun of me for being fat was in the ninth grade, but as a woman, I get comments on my weight almost every time I post pictures on my blog. Whether it’s someone commenting on one of my photos saying, “And this is why america [sic] has fallen into ruin. You are morbidly obese,” or porn blogs sending me messages saying they would love to see naked pictures of my “sexy fat ass.” As a woman I have to navigate this strange world where people either feel like my fatness is somehow hurting them or exists only to feed their fetish. And it sucks. I already deal with enough body image issues as it is, you know, the whole dysphoria thing, and I really don’t need society’s standards of how big a woman can be to give me more.

I don’t need stores to only carry dresses and pants up to a size 12. I don’t need stores that only carry women’s shoes up to a size 10. In the town I live in there are only two stores that carry a wide selection of women’s clothes that ﬁt me. Building up the courage to get dressed, put on makeup, do my hair and then go out in public to do some shopping only to be told “We don’t have anything in your size” feels like an afﬁrmation of all the times I was told I was a man. I’m lucky if the thrift stores have more than two or three nice things that are my size. If I want new clothes I have to shop online, go out of town, or wait for the stores to restock their supply. It’s not fun. It makes me frustrated with my body. It makes me even more frustrated with the fashion industry that says women who look like me don’t deserve nice clothes. 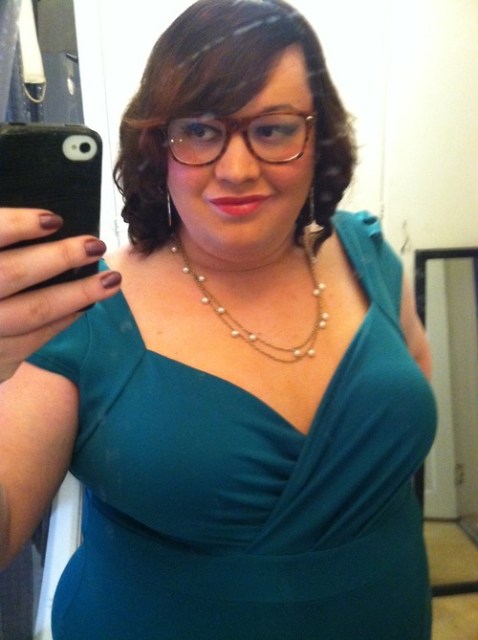 My dysphoria means that sometimes I look in the mirror or I look at my body and feel sick to my stomach at what hormones have done to me. They have misshapen my genitals, given me hair in all the wrong places, messed up my skeleton, and made my voice sound like it’s coming from someone else. It’s hard to see myself as someone who I can like and love, let alone as someone that another person could like and love. I’ve lost sleep because of how I feel about my body. In the past I’ve even withdrawn from my friends and stopped socializing because of how I feel about my body. But it’s getting better. I’m learning how to not hate what I see. I’m reminding myself that some women are hairier than others, some women have broad shoulders, some women have small boobs. It’s taken me a long time to get to this point. I’m not about to let even more body hate derail that. Yes I’m fat, but that doesn’t mean I have to hate that about my body too. There’s already enough I don’t like. So instead I do my best to embrace my fatness.

It’s tough as hell dealing with so much that tells you you’re not being a woman in the right way. If they’re not attacking you for what’s in your pants or in your genes, they’re attacking your for your height and your waistline. And then when they will accept fat women, they say that they better have curves in all the right places and be a perfect hourglass ﬁgure. Well, I’m not. I have broad shoulders, small boobs, a big belly and fat thighs. It hard to love my body sometimes, but it’s still beautiful. It’s still sexy. It’s still desirable. It’s just hard sometimes to see that. That’s why I have to practice purposeful body love. I’ve had to learn an entirely new set of exercises and techniques to deal with an entirely new type of attack on my body. 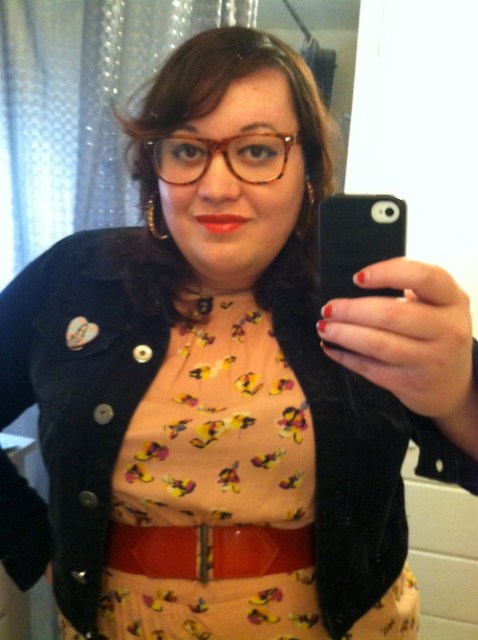 My body is my own and not here for other’s critique or objectiﬁcation. Sometimes I need to remind myself of that. Sometimes I get dressed up in one of my favorite outﬁts and take some pictures, not to share with anyone else, just for myself. Sometime I look at fat fashion blogs and smile at all the other beautiful, amazing, gorgeous women who look like me. Sometimes I go shopping so I can ﬁnd a dress that I know I look amazing in, despite what other people might think. Sometimes I take a bath, relax and just try to enjoy the feeling of being in my own body. I listen to music by Jill Scott and Aretha Franklin or watch Hairspray. I surround myself with friends who tell me I’m beautiful and compliment me on my looks. I remind myself that looks aren’t everything and that no matter what people think and say about my body I am a smart, talented, creative and powerful woman. It’s taking some time, and sometimes I struggle to love my fat, transgender body, but I’m getting there. I’ve learned that loving my body for all of its fatness has helped me to love my body for all of its transness as well. 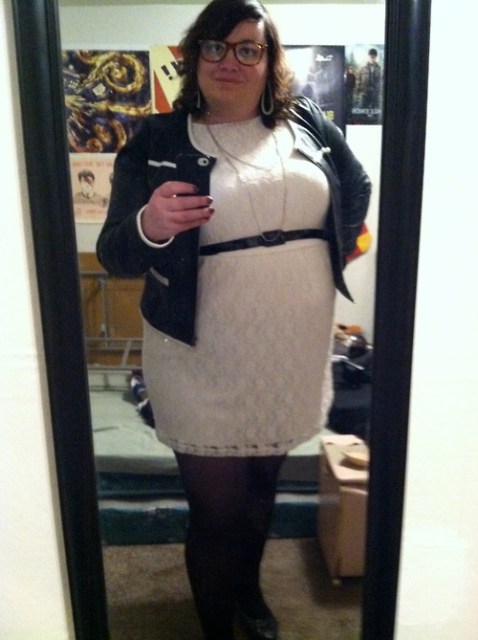 About the author: Mey (short for Melínda) is a 26 year old queer trans Latina who lives in Idaho with her cat Sawyer.  She loves scifi, fantasy, horror and comic books.  Her hobbies include reading books and watching movies, going to concerts and being a comedy nerd.  She’s afraid of heights, airplanes and whales.