If we were going to make a Venn diagram of things we generally agree with FOX News and its affiliates on, it would include maybe only “grilled cheese tastes good” and “Scarlett Johanssen.” Or possibly nothing. At least that’s what we thought until we read this essay from FOX correspondent Dominic Di-Natale on “the story [he] most regrets not reporting.” It isn’t about Osama bin Laden or Prop 8 or how fluoride in the water will make your children gay; it’s about how there are thousands of gay and lesbian people serving in the US Army, and it’s not even a secret.

Di-Natale spent long weeks reporting from Baghdad; the scope of his stories was run-of-the-mill FOX military reporting, really nothing to do with DADT at all. He didn’t intend, as far as the story indicates, to do any research or investigation into gay soldiers at all. But they were insistent. In person and online, they sought him out to tell him in secrecy the reality of their lives in the Army. Their stories surprised him, and even us a little bit – by and large, they didn’t want to talk about forced secrecy or fear or oppression. They wanted to tell him that their units knew they were gay, and were ok with it; they had decided not to report them, because they valued them as soldiers more than they hated or feared homosexuality.

The first gay serviceman to contact me did so in a brave but disarming fashion. A specialist from Ft Carson, C.O. walked directly up to my cameraman and I while we were filming on a base in Mosul last spring. He very pointedly said he wanted to talk about how “you got something real wrong about the Army”… [gay soldiers] had killed insurgents and dutifully covered their fellow men’s backs under kinetic and hostile conditions, explained that they were “out” to their unit and that those units either acknowledged it but had notchosen not to report them to command, were comfortable with them or actively embraced them – usually with a lot of good-natured soldierly ribbing. More often than not their squadron would defend them from slurs by other companies without revealing the truth. 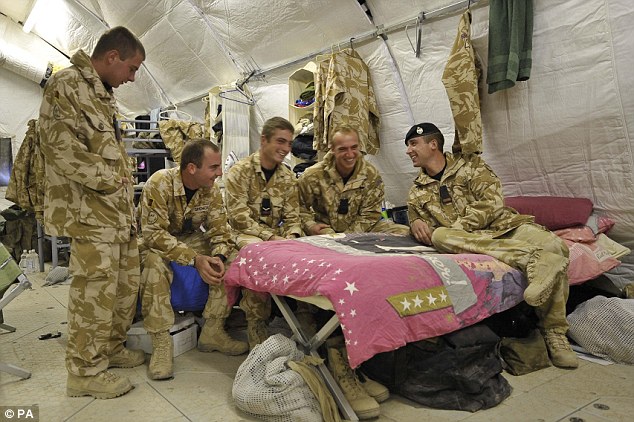 Somewhat ironically but not surprisingly at all, the soldiers Di-Natale talked to had to make sure they spoke with him without any Army officials knowing; they could be punished and discharged for letting their supervisors know any information that might imply they didn’t need to be punished and discharged. Luckily, they were protected by the very thing the Pentagon thought they would inevitably destroy – unit cohesion. As Di-Natale says, the information he was privileged to be given was huge; it was “in-theatre evidence that disproved in numerous examples the argument that openly serving homosexuals were a threat to unit cohesion in a combat environment. ” Evidence that would have been very pertinent in the debate regarding whether DADT should be repealed – even Di-Natale says that he wasn’t “entirely convinced before,” but now is.

This is a story about a thing – about Don’t Ask Don’t Tell, about individuals whose stories will hopefully be able to change some hearts and minds now that they’re allowed to see the light of day. But it’s also about a bigger thing; about how fear and reactionary thinking can hurt people, and how the truth can set them free if they’re willing to listen to it. Sometimes we find ourselves asking “How is it even possible that John McCain/the PTA president/my mom/Glenn Beck really believes gays are dangerous/your haircut is immoral/this is a phase/we are here to ruin America? This is how. Because you have no information on it, and you set up structures so that you can carefully avoid ever learning anything that might possibly endanger the validity of your opinion. Ignorance is one thing; willful ignorance is another. Di-Natale talks about how amazing the existence of these case studies are; gay soldiers whose identity takes back back backstage to their loyalty, their commitment, and their devotion to their jobs and their comrades. To us, it’s another kind of amazing case study: someone whose community, profession and life experience has led them to believe one thing, but who has allowed themselves to be convinced by the lives and stories of others; who is willing to be proven wrong. We hope the Pentagon, the government, and men in suits in general are able to learn from this example; not only that a man who has possibly had intercourse with another man can be a competent and even highly effective soldier, but that it’s okay to learn, to let people tell you things about their lives and to let what they tell you change the way you see the world. In fact, it’s a really good thing to do.