For years, Exodus International has been at the forefront of both denouncing gays and declaring that they can become un-gay, and thus no longer be denounced. Although they’re responsible for a plethora of invalidating and dangerous misinformation about gay people over the course of their existence, one of their more unattractive stunts has been orchestrating a “Day of Truth” to combat the Day of Silence, in an attempt to address public schools’ bias on “homosexual issues.” Traditionally, they’ve promoted “the message of Freedom from homosexuality through the power of Jesus Christ,” with ex-gay seminars, camps, and educational materials that promote reparative therapy (including a smartphone app!). In 1979, two of Exodus’s leaders, Michael Bussee and Gary Cooper, left the organization to start a relationship together, and since then have been critics of its leadership. Other than that, however, Exodus’s purported mission and values have stayed consistent for decades. 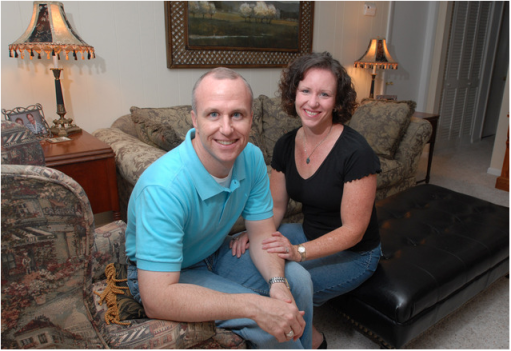 That is, until now. Alan Chambers, president of Exodus International and married to Leslie Chambers with two adopted children, now says his group will no longer operate around claims of being able to “cure” anyone. Chambers told the Associated Press that at Exodus’s 2012 conference, he planned to focus on moving Exodus away from reparative therapy and any kind of “ex-gay” claims.

“I do not believe that cure is a word that is applicable to really any struggle, homosexuality included,” said Chambers, who is married to a woman and has children, but speaks openly about his own sexual attraction to men. “For someone to put out a shingle and say, ‘I can cure homosexuality’ — that to me is as bizarre as someone saying they can cure any other common temptation or struggle that anyone faces on Planet Earth.”

In some ways, this decision appears to mean only minor change; the ministry’s mission is now “helping Christians who want to reconcile their own particular religious beliefs with sexual feelings they consider an affront to scripture. For some that might mean celibacy; for others, like Chambers, it meant finding an understanding opposite-sex partner.” Not everyone would see this as being much of a departure from “ex-gay” rhetoric. As Wayne Besen, an activist against ex-gay programs, says, “the underlying belief is still that homosexuals are sexually broken.” Which may be true. But Chambers has taken all books endorsing reparative therapy from Exodus’s online bookstore, and is exhorting member ministries to follow his lead.

Exodus’s power has been declining for the past few years in any case, as reparative therapy has come under increasing criticism from psychological experts and some states are taking legislative action against it. Their backtracking on this issue may be an attempt to stay relevant to a community that still struggles to reconcile identity with faith, but now knows to be warier of claims of “cure.”  Or, if we’re feeling generous and optimistic, maybe it’s a genuine recognition that holding out hope to desperate people who have been convinced that they deserve only self-loathing that they can “cure” anything about themselves isn’t helpful to anyone, and is a remarkably unChristian thing to do.