For queer students considering college acceptance letters, figuring out which campus and community will be most accepting of their sexual orientation, gender expression, or trans status can be a major and sometimes the most major factor in making their decision. Many a transfer application has been made when a student just couldn’t feel safe or comfortable at their original college; truly accepting environments can be hard to come by. But Elmhurst College may be making history as the first college who’s actively seeking out queer applicants instead of just accepting them — at least for a diversity scholarship that would cover up to one third of tuition. 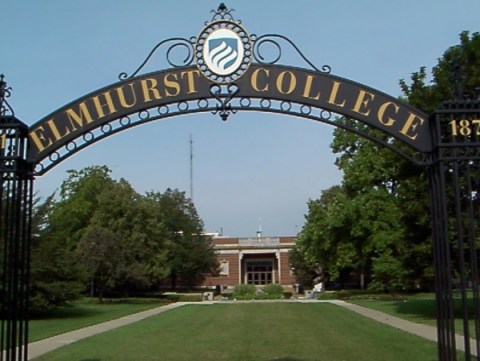 Elmhurst is a small liberal arts college in Illinois, and according to its website has only about 2800 undergraduates. On Elmhurst’s new application, within a small group of optional questions and immediately after the space where students can declare a religious affiliation if they wish, Elmhurst asks “Would you consider yourself to be a member of the LGBT (lesbian, gay, bisexual, transgendered) community?” The question can be answered with “yes,” no,” or “prefer not to answer.”

The question isn’t meant to be a factor in admission — students won’t be accepted or rejected because they did or did not identify as gay, or because they chose not to answer the question. Instead, they can be entered into consideration for an “enrichment scholarship” that is set aside for admitted students who belong to underrepresented groups.

On its website, Elmhurst explains that it’s taken this step because it’s “committed to diversity and connecting underrepresented students with valuable resources on campus.” When a student chooses to answer the optional questions, he or she helps the institution to advance its diversity goals and to connect prospective students with the resources, including scholarships and campus organizations, that the College makes available to students from underrepresented groups. ”  It’s standard collegiate language around the weird academic cultural touchstone of “diversity,” but this is the first time that “diversity goals” have included queer students.

Elmhurst also has an annual LGBT Guestship, which this year will be filled by the Reverend Dr. William R. Johnson (Elmhurst also has affiliations with the United Church of Christ, which Reverend Johnson belongs to). When you combine that with the fact that Elmhurst has now received public attention from Campus Pride, the Chronicle of Higher Education, Inside Higher Ed, the Chicago Sun-Times, The Advocate, and others, Elmhurst is putting together exactly the kind of profile that lets queer students know they’re wanted and welcomed. Or is it?

The Common Application, an entity that collegebound high school seniors across the country are intimately familiar with, says it’s considered a question like this before, but left it off their application out of consideration for students.

When the Common Application rejected the idea of adding questions on sexual orientation or gender identity, the organization’s board issued a statement saying that “many admission officers and secondary school counselors expressed concern regarding how this question might be perceived by students, even though it would be optional. One common worry was that any potential benefits to adding the question would be outweighed by the anxiety and uncertainty students may experience when deciding if and how they should answer it.” 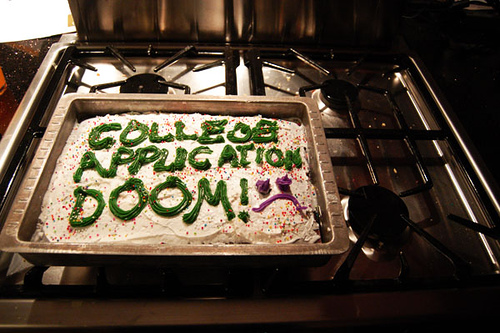 TEN POINTS TO GRYFFINDOR FOR THIS CAKE

Unlike most of the other underrepresented groups that are considered for things like “enrichment scholarships” and inquired about on college applications, “queer” is a group that people in a student’s home community, even their family, might not know they belong to. And it might be dangerous for them if they did. For many students looking for an extra queer-friendly campus, that’s their motivation — leaving an environment that has never been welcoming or safe. For those students, marking “yes” to Elmhurst’s question could be dangerous; and actually receiving a scholarship for belonging to a minority population that their parents didn’t know about would be worse.

But Elmhurst isn’t worried about that; Gary Rold, dean of admission, says that “I think students who don’t want to answer it simply won’t answer it. That’s O.K.,”  Questions about race and ethnicity have long had options to not answer for students who don’t feel comfortable discussing it for personal or political reasons, and he sees this as being the same case.

It’s too soon to tell whether other schools will follow Elmhurst’s example. At a time when many schools are undergoing major funding issues and have less scholarship money than previous years, adding a new category of student to be eligible for the school’s money may be a hard sell. But at the same time, those same schools that are low on funds need more tuition money, and this might be exactly the kind of thing that helps them stand out. Elmhurst has probably gotten more press and more attention for this decision than anything else in at least the last decade.

Queer college-bound students, you have a lot of feelings about universities — do you think Elmhurst is onto something? Or would you rather wait to integrate your identity with your college experience until you can make it to campus and your first women’s rugby game?