Last month in Ask Your Friendly Neighborhood Lesbrarian we went to outer space and the possibilities of the future, so it seems fitting that this month we are looking to the past for queer representation in historical fiction. Specifically, I’m responding to this email:

Hi Casey,
Thank you so much for all that you do reccing gay books on Autostraddle! One of my old favorites is Tipping the Velvet by Sarah Waters, a fun fun fun romp through late 19th century lesbian (or “tom” as she says) England. Do you have any recs for other rad lesbian, bi women, etc. historical fiction books? Preferably ones that don’t focus on gay suffering and how stuff was so hard for us in the past.
Thanks again,
Kristine

This is the first time someone’s asked me about historical fiction! I’m excited to get to talk about a genre that hasn’t gotten enough lesbrarian attention. In case you haven’t read Tipping the Velvet, it’s a now iconic lesbian coming of age story set in the 1880/90s. Nan King goes from simple oyster girl to traveling cross-dressing music hall performer, street sex worker, toy of the rich and idle, and finally worker’s rights activist, all while discovering and exploring, as Kristine wrote, that she is a “tom” aka lesbian. It’s steamy, melodramatic in a fun self-conscious way, and full of lush historical detail, particularly of the segments of society whose lives don’t usually make the history books. It is a queer must-read if you have not already read it!

For this list, I’ve focused on books set in the 19th century or earlier because we’re trying to find books a la Tipping the Velvet, but know that there are also some great queer historical novels set in the 20th century up until, well, whenever you think it’s reasonable to draw the line for what counts as historical fiction. A few of these books below have a deliciously fantastical twist to the historical setting.

The Care and Feeding of Waspish Widows by Olivia Waite 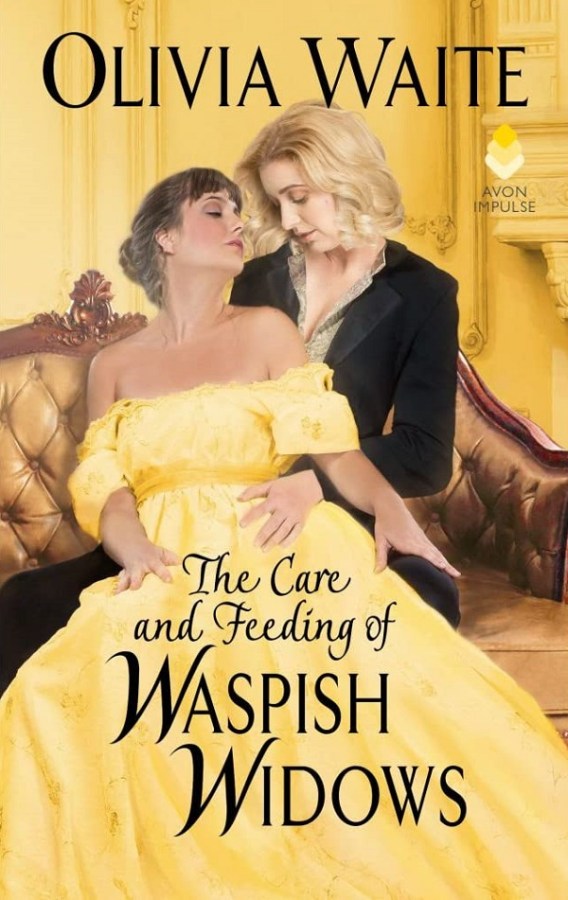 The Care and Feeding of Waspish Widows is the second book in Waite’s ‘Feminine Pursuits” series of historical romances featuring queer women. Agatha Griffin is a grumpy widow and owner of a print shop. She’s working hard to keep the shop open against the odds of increasing taxes and distaste for radical printers. When she finds a colony of bees in her warehouse, it might be the last straw. Enter Penelope Flood, a beekeeper who defies the gender norms of 19th century England by going about in trousers. The two women’s romance is accompanied by stories about an exiled Queen returning to English shores, “satirical ballads about tight pants,” and the unexpected return of Penelope’s husband. Can her burgeoning love for Agatha overcome her loyalty to the man who allowed her a refuge? 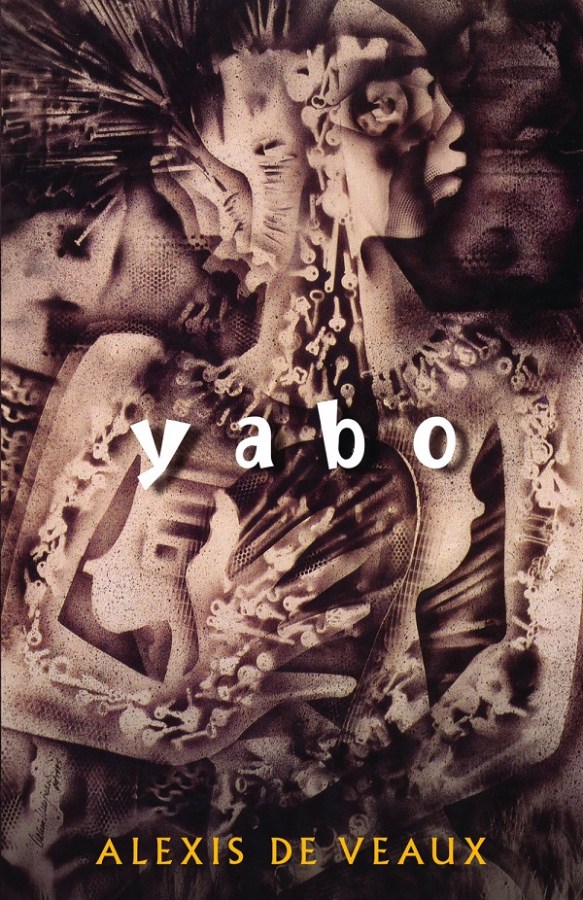 This winner of the 2015 Lambda Literary Award for lesbian fiction is written in beautifully poetic prose. Alexis de Veaux takes on the very concept of time, setting her three stories in different places — Jamaica, North Carolina, and New York — and times. A very queer book in every sense of the word, Yabo takes delight in fluidity: nonbinary and intersex genders, divisions between past and present, and genre. Yabo is also very much a Black book, one that centers Black women and looks critically at the history of slavery in New York. As all great historical fiction might hope to do, Yabo “calls our ghosts back and holds us accountable for memory,” according to Cheryl Clarke. I’ve recommended The Salt Roads by Nalo Hopkinson before; if you read and loved that, Yabo is a great next read!

The Mercies by Kiran Millwood Hargrave 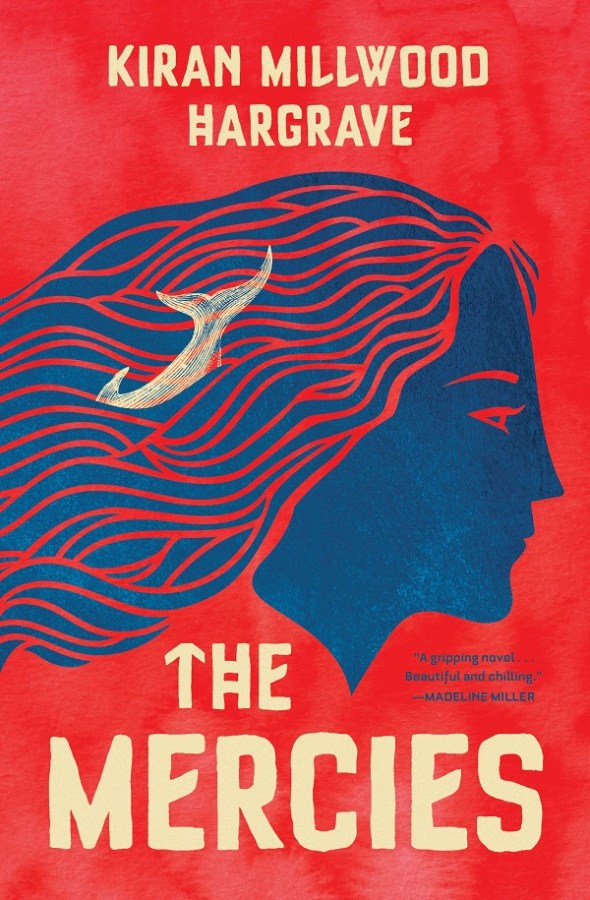 Some periods are quite overdone in historical fiction — *cough World War II* — which is why this novel set in the 1600s in a Norwegian coastal village is such a welcome addition to the genre. The northern town of Vardø is grieving the loss of forty fishermen in a brutal storm; the only men left are either very old or very young. 21-year-old Maren Bergensdatter and the other women of her community pull together to ensure their survival, including taking on tasks such as fishing that were previously reserved for men. Three years after the tragedy, the shady figure of Absalom Cornet arrives, along with his Norwegian wife Ursa. He has recently burned witches in Scotland. While he sees more heathens and witches in Vardø, Ursa sees an entire town of strong, independent women. She also embarks on a surprising relationship with Maren. 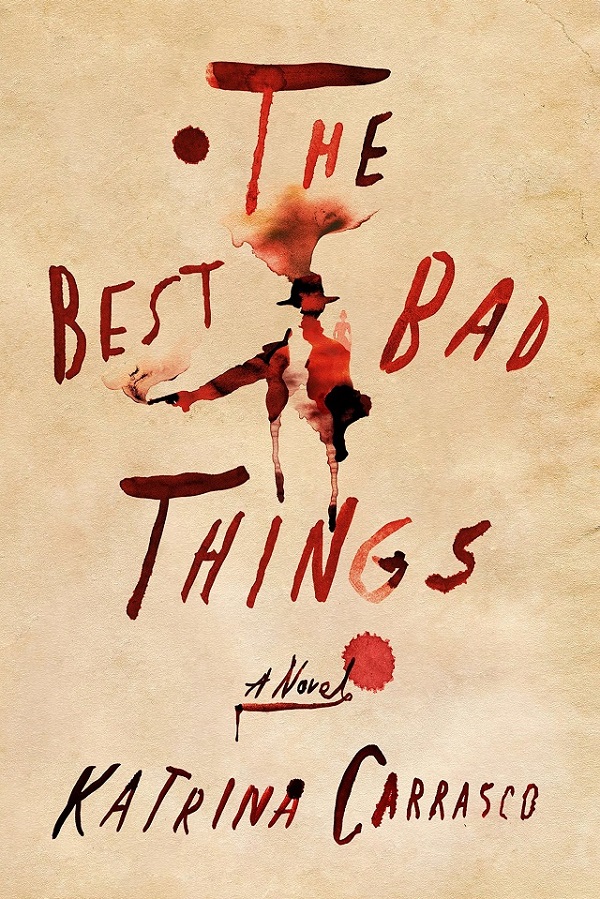 This historical crime / thriller novel is about Alma Rosales, a badass cross dressing former government spy who now works for an opium smuggling ring in the 1880s. Her boss Delphine — a fellow queer woman of color — has sent her to investigate opium that’s gone missing in the Pacific Northwest at a new port of business. As her alter ego Jack Camp, Alma infiltrates the local organization, trying to discover who the turncoat is while earning the trust of the man in charge. At the same time, she’s sending false dispatches back to the Pinkertons to keep them off her scent. Read this if you like to see bisexual characters in the full spectrum of their sexuality with different partners, morally ambiguous characters, and visceral, bold writing.

The Wicked Cometh by Laura Carlin 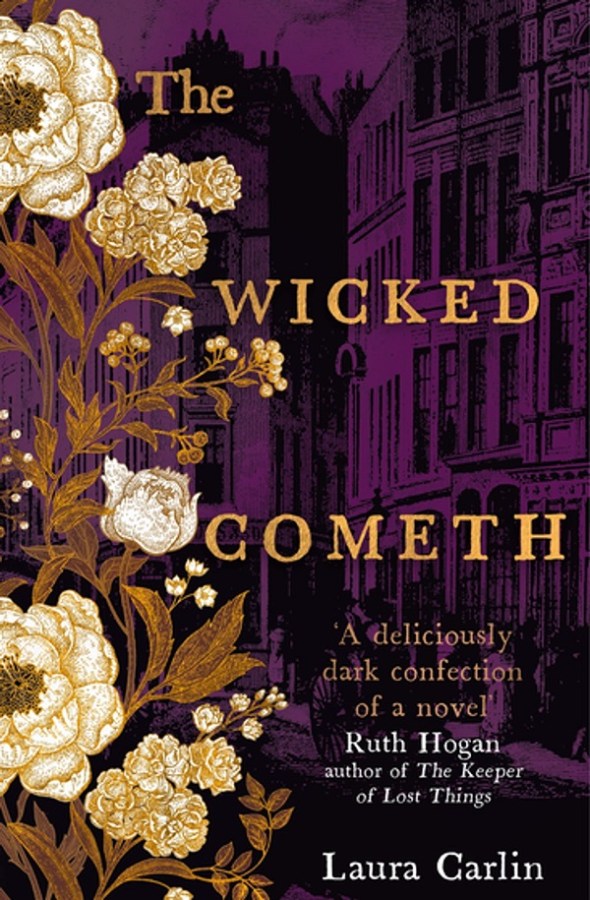 London, 1831: Hester White lives in the working class slums and dreams of escaping by any means possible. In addition to the misery of poverty and deplorable living conditions, people have been mysteriously disappearing from Hester’s neighborhood lately. It’s clear why no one is paying attention as their lives are not seen as worthy, but what is happening to them? When Hester manages to connect herself with the aristocratic Brock family and their feminist daughter Rebekah Brock, she takes Rebekah up on her offer to tutor Hester and help her education. Neither woman can ignore the gothic mystery happening in Hester’s community, nor the simmering attraction growing between them. But can they handle the darkness of what they uncover once they are knee deep in investigation? 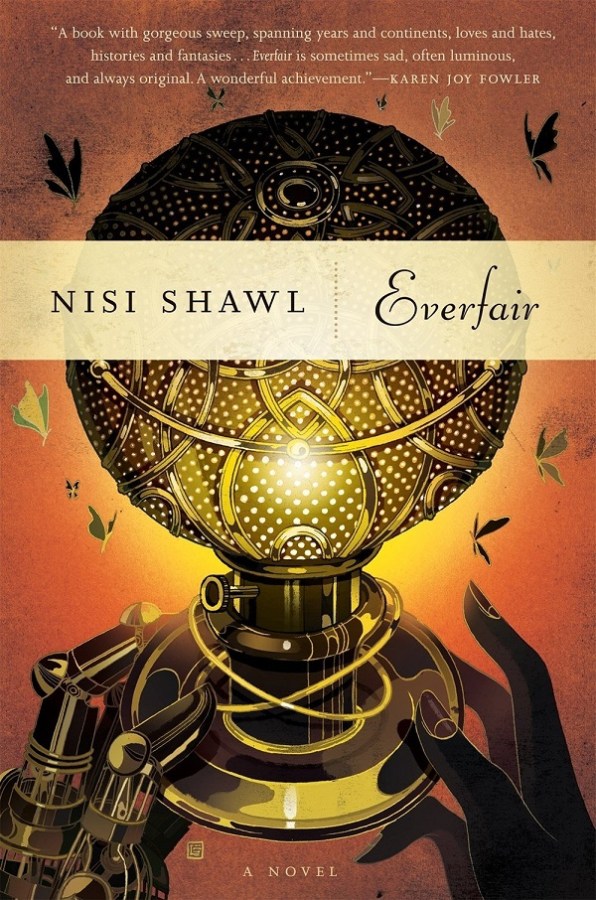 Everfair is a strong response to the vast majority of steampunk that is overwhelmingly white and conveniently ignores 19th century imperialism. This Neo-Victorian historical fantasy is set in the Belgian Congo with a whole host of varied and diverse characters. Fabian Socialists from Great Britain, African American missionaries, and people escaping slavery and colonization make up the inhabitants of a land “purchased” from King Leopold II. They call it Everfair. Their idea is a utopia and a safe haven, but all these people from vastly different life experiences have a lot of labour and communication ahead of them to make it work. Also, they will need to harness the power of steam technology! The novel’s wide scope follows many characters through decades of life. Queer and polyamorous relationships feature significantly in the lives of a few main characters.

She Rises by Kate Worsley 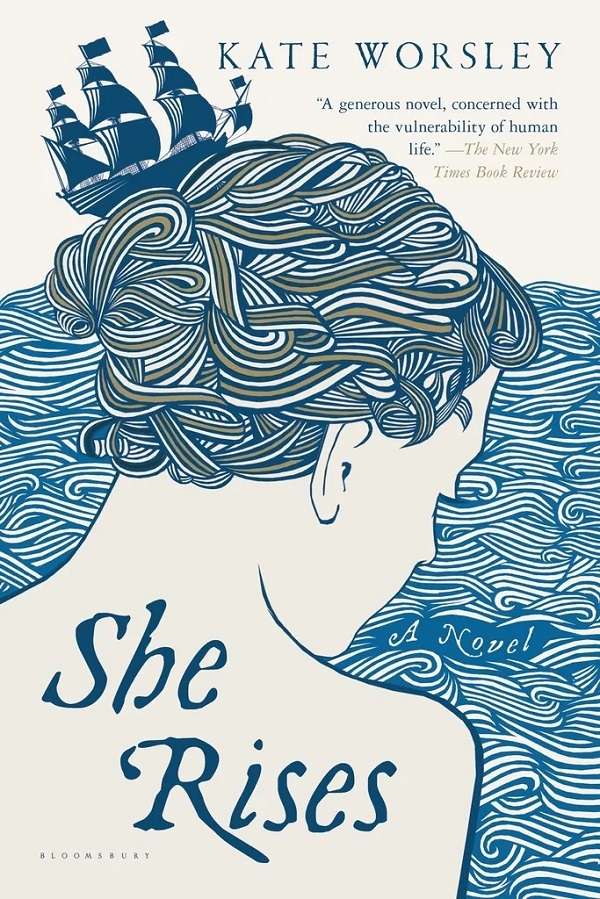 In Essex in 1740, Louise Fletcher is a dairy maid who dreams of seeing more of the world. So when she’s offered a chance to be a lady’s maid to a wealthy sea captain’s daughter in Harwich, a lively naval port, she jumps at the chance. Never mind the cautions Louise has received about the seductiveness of the ocean, as it lured both her father and brother away from their family forever. Interwoven with Louise’s story is that of 15-year-old Luke, whose entry into the navy was unwilling to put it mildly; beaten, press ganged, and forced onto a warship, he tries to survive the brutal life of a sailor. If a tantalizing mixture of inter-class lesbian romance and mid-1700s navy action sounds exciting, read this book! To top it off, Worsley writes in a period authentic rough language that is disorienting and dazzling. 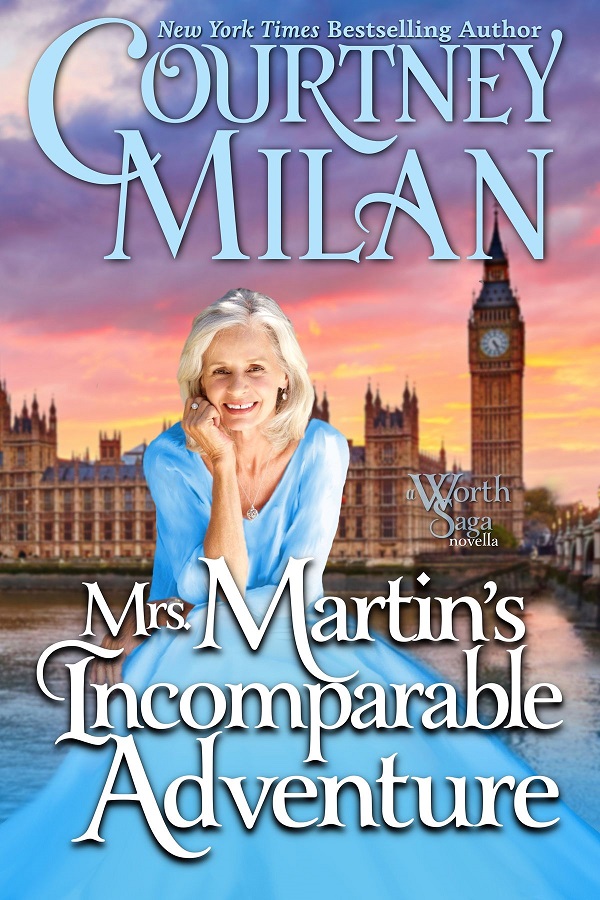 Elderly Victorian women falling in love and smashing the patriarchy, anyone? 73-year-old Mrs. Bertrice Martin is a badass widow who doesn’t give a damn. She especially doesn’t give a damn about her “Terrible Nephew.” After all, she’s too busy staying youthful by bathing in male tears and regular doses of spite towards people who deserve it. Unfortunately her peaceful life is interrupted by Miss Violetta Beauchamps (a young 69). The Terrible Nephew is staying at Violetta’s rooming house and she wants him gone. Mrs. Martin is intrigued by the seemingly prim and proper Miss Violetta, but she’s not going to go about winning Violetta’s heart in a straightforward way. She hatches a plan that, if it works out, will give her nephew what is due to him, earn the love of a beautiful woman, and allow her to revel in her sense of adventure all at the same time.

These are only eight of the many wonderful historical novels featuring queer characters available these days. Which ones would you recommend?

Keep those lesbrarian questions coming! You can email me at stepaniukcasey [at]gmail.com, comment below, or send in an A+ message.