Computer Love is a webcomic by Ivy Jane, a queer trans woman, about a group of people who, all for different reasons, have moved to Antarctica in the year 2088 when the government is offering free food and incentives to anyone who will move there. It’s mostly about their relationships and getting to know them, and it’s a really nice comic to check out if you want a nice and cozy, calming read. 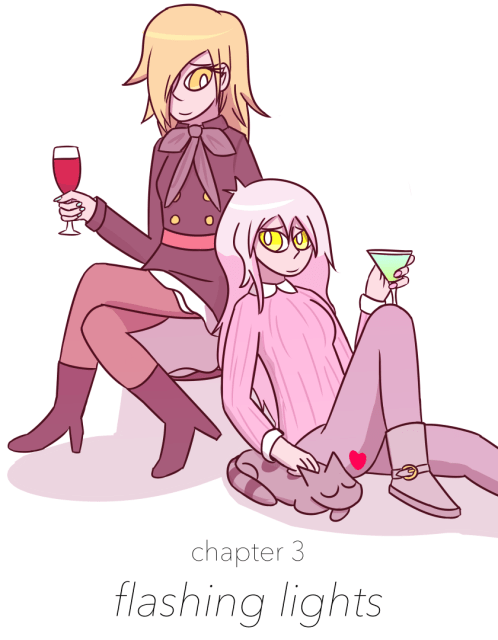 To start off, I want to say that this comic does contain some nudity. These are adult characters who sometimes go to bathhouses or have sex and the artist doesn’t shy away from showing them doing those things. So you might not want to read it while you’re at work.

The first characters we meet are Lucy, a jobless, penniless and homeless queer girl who just moved to Antarctica to get away from her life that was leading nowhere, and Fenette, who we later (much later for some of this information) find out is rich (or at least her family is), was forced to live there, is the daughter of the family who founded the entire city that everyone lives in in Antarctica and a sort of robot who is made from the memories and a few parts of that daughter’s “real” body after she died in an accident. At first Lucy thinks they’re hitting it off as more-than-friends, but since Fenette’s straight, they just become friends and Fenette has Lucy move in with her. 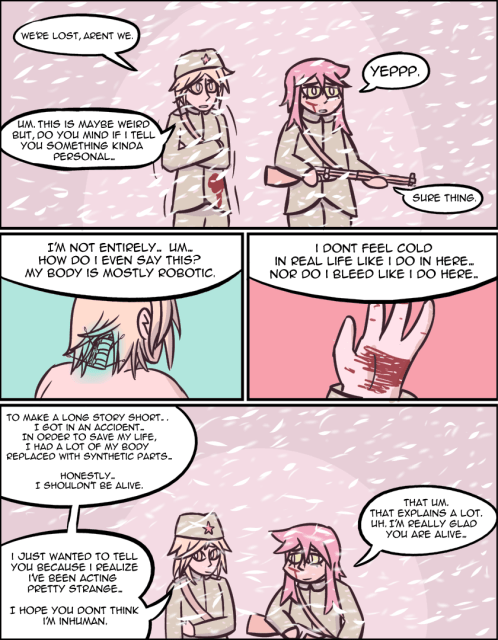 The next set of characters starts with John, a nurse, and Fi, a trans girl, who are becoming new roommates. We also meet Fi’s friend with benefits, Suni, who apparently is good at getting people to buy her meals, and we learn why later. These two groups of friends come together at a festival when they rent a party boat together. Soon Lucy and Suni start dating and Fenette becomes fast friends with Fi.

Jane has done a really nice job of crafting an entire world for these characters to inhabit. We know about the world’s technology and the kind of synthetic humans they can make, the things they do for fun (swimming, going to the mall, virtual reality war-games), the things they eat (healthy food for free if you have a house, burgers if you have money), the holidays they celebrate and even what’s going on in the rest of the world outside of Antarctica. We’re able to immerse ourselves in the world and that makes it so much easier to really care about the characters and get caught up in their lives. 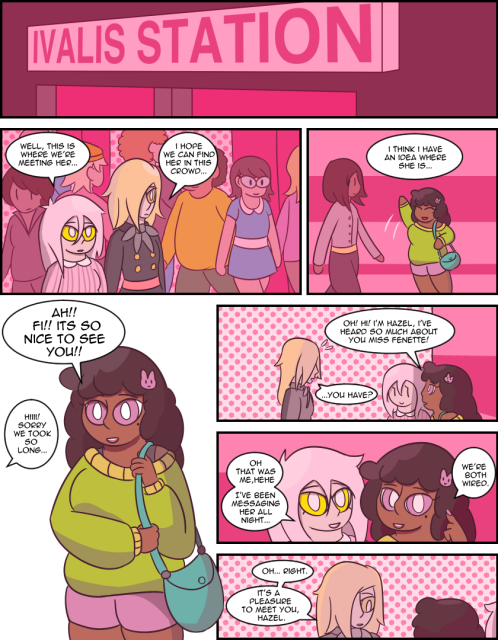 Unlike a lot of media written by cis, straight people featuring queer characters, this comic is nice (and realistic) in that it features a lot of us. As most regular Autostraddle readers probably already know, most trans and queer people have other trans and queer friends, and this comic shows that wonderfully. Fi and Hazel are trans, some other characters might start IDing as trans later on, and everyone can be considered pansexual according to the writer. It’s nice seeing an entire group of queer friends rather than just a token queer or queer couple. Plus, Jane writes them in a way that makes their queerness important, but not their only character trait.

The art has a noticeable Manga influence, especially with the large, emotive eyes and the loose way the characters are drawn. And it really has being cute down to a science. One thing I love about the art is the wide variety of body types that the characters have. When a character is chubby or fat, she’s actually chubby or fat, not just curvy like you see in so many comics. The color palette that Ivy Jane uses is also just plain gorgeous. She uses soft, but often artificial-feeling colors that give the whole world a futuristic but soothing feeling. The aesthetic of this comic is like Digital Fluffy Raincloud Femme. I also want to make sure to point out that you can support this comic, and its creator, through patreon. 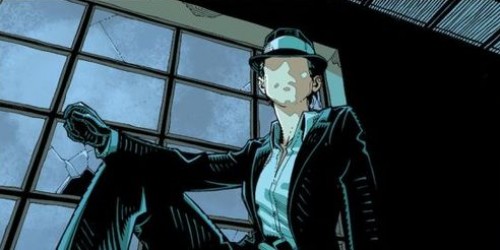 Also, DC’s huge crossover event Convergence is starting up and that means some amazingly great news! You can finally buy a comic book starring Renee Montoya again! Montoya is one of the best comic book characters of all time, and one of the most prominent queer characters in all of comics. She’s also a queer woman of color, a Latina to be specific, and a total badass. While she exists in the world of the Fox TV show Gotham, she was unceremoniously benched after the New 52 reboot and we haven’t seen her since. Convergence: The Question #1 comes out this week and is about Renee, as The Question, going up against her long-time foe and the person who forced her out of the closet, Two-Face. Or rather, two versions of Harvey Dent, one of whom is Two-Face. The mini-series is even being written by Greg Rucka, who wrote Renee when she was in Gotham Central and drawn by Cully Hamner, who drew Renee in The Question. This is the Convergence comic that I’m probably most looking forward to. I’ll also be buying the Convergence Harley Quinn comic and Batgirl, which is starring Stephanie Brown and Cass Cain! Who doesn’t love the two of them?