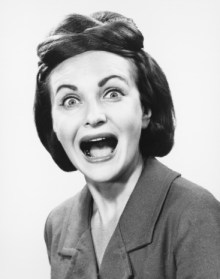 ANXIETY: The New York Times Magazine continues to investigate various perils we were born with (last week’s cover story was about coming out as gay while young) with this week’s “Understanding the Anxious Mind,” which looks at a new longitudinal study which has been tracking the anxious mind in subjects since birth. Quick fun fact! Studies show that lesbian and bisexual women report higher rates of depression and anxiety than heterosexual women do. So chances are if you’re reading this, you’re probably freaking out about your bank account and your eyebrows and Angelica’s potential fever right now. Well who isn’t.

There’s insights on how to parent an anxious child (“the best fit for high-strung babies were sensitive mothers, who met their fearful children on their own terms and interacted with them in a way that was accepting and supportive without being intrusive”) but sadly, no tips on how children can interact with their super-anxious parents.

ANXIETY IS NOT fear, exactly, because fear is focused on something right in front of you, a real and objective danger. It is instead a kind of fear gone wild, a generalized sense of dread about something out there that seems menacing — but that in truth is not menacing, and may not even be out there. If you’re anxious, you find it difficult to talk yourself out of this foreboding; you become trapped in an endless loop of what-ifs.

Other questions asked/answered – Why did a trait that causes so much mental anguish evolve in the first place? What cognitive behavioral therapy techniques have been effective? Are “people with higher intelligence are better at overcoming their anxious temperament”?

So, can anxiety ever be a good thing? And are we cheating ourselves by medicating it away? (Probs, but we’re busy!)

Also check out Jezebel’s, “Born to Rue,” which offers another first-person perspective.

POT: In completely related news, here’s a big revelation that I read about in Marie Claire a few weeks ago but forgot to find online to talk about until today when it was on Jezebel. So news flash; a lot of ladies smoke pot every day! I am in California right now, and everything is really special here. That’s all I have to say about that. (@jezebel)

COMING OUT: OurSceneTV is producing a very special video project to coincide with National Coming Out Day (Sunday, October 11th) and they’re asking YOU, their viewers, to share your own coming out sotry in your own words. Let’s show the world we’re here, we’re queery, and there are a lot of us, so get used to it!

SEX COLUMNS: The history of college sex columnists, beginning in 1996 at Berkley – The College Sex Column Movement. (@the nation)

SEXISM: Alpha Mummy posted a list of 10 ways to teach kids [specifically, daughters] about sexism. Sounds great, until you realize that about half the list involves sexism. With bonus heterosexism. (@jezebel)

MUPPETS IN PALESTINE: Can muppets make friends in a politically tense area? A look behind the scenes of “Shara’a Simsim,” the Palestinian version of the global “Sesame Street” franchise.

PAY ME BITCHES: Why men continue to make more money than women: “Women, it seems to me, are generally less comfortable discussing money than men—which also leaves us in a position of weakness.” These days, when people are desperate for work and employers admittedly have the upper hand, it can seem as though we’re all Peggys in a Don Draper world. (@jezebel)