Phaidra Knight is an unbelievably powerful combination of brain, brawn, and sweet Southern charm. One of the best female rugby players in the world today, Phaidra has played on the US Women’s Rugby team for 10 years, competed in two World Cups and earned herself a prestigious spot on the World Team. A former lawyer and a current businesswoman as well as a full time athlete, Phaidra is a force to be reckoned with, but sitting down and talking with her in Carlytron’s backyard, she’s the kind of person you feel like you just want to hug and tell all your secrets to. Her personality, she says, changes when she “hits the pitch.” For as aggressive as she plays on the field (she’s a “Flanker” — one of the stereotypically crazy and on edge players who get to tackle a lot), Phaidra is pretty chill off the field. 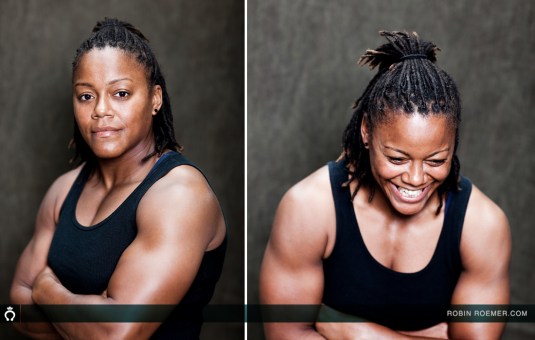 Robin Roemer: How did your rugby career start?

Phaidra Knight: I started playing in ’97 at the end of my first year of law school at the University of Wisconsin, training to walk on to the Badgers. I had a year of eligibility left for college ball and I met a lady who was playing and asked me if I wanted to. I’d never heard of rugby or seen it and it was just amazing. I went out to practice the next week and fell in love with it. I’d always wanted to play football as a little girl, and that just wasn’t an option where I grew up.

Phaidra is a force to be reckoned with, but she’s also the kind of person you feel like you just want to hug and tell all your secrets to.

So you know I played. And here we are, twelve years later, still playing!

It’s been incredible for me. I’ve always been a natural-born athlete; that’s where my mentality has always been. I work well with team units, I like being physical, I like training, and so it was just a perfect match for me. So pretty much law school was history at that point. I finished but I’d found my true passion elsewhere.

It’s the one thing in my life that’s really brought me into a full person; the people I’ve discovered, the pathways it’s allowed me to take, my ability to touch and inspire others whose lives I’d never have come across. So it’s been amazing. It’s been everything for me. 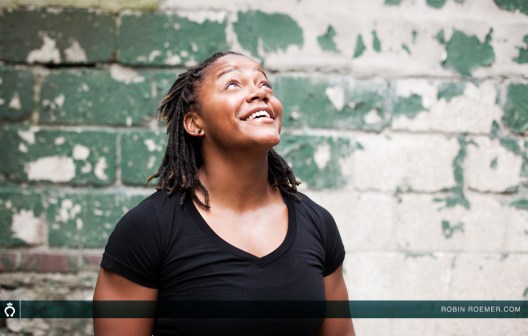 Robin Roemer: Who do you hope to inspire the most? I know you grew up in Georgia, you said there wasn’t really a lot of opportunity there for girls. Who is that one person you feel you want to touch the most?

Phaidra Knight: It’s not really one person; it’s just I want to inspire people who grew up or who are growing up right now in environments where they don’t have a lot of hope, where they can’t see anything but what’s immediately surrounding them. I grew up in a small town on a farm and my parents did allow me to be exposed to a lot of things culturally, as much as my area offered, and they always encouraged me to do things and join clubs at school but obviously there were limitations. If you follow your instinct and just kinda go, you’ll find tons of different worlds out there. 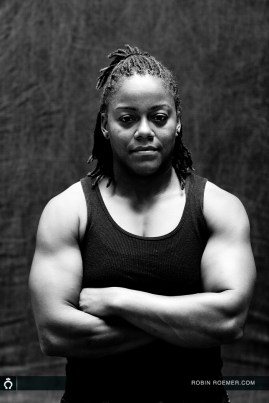 You can always discover a new you, and I think that’s probably the biggest influence I’d love to have in the world. You’re never too old to accomplish your dreams, and your exposure’s never so limited that you can’t break out of it.

Robin Roemer: I think what’s really cool about how you got started is that you began playing at law school. You weren’t growing up playing rugby; it seems like you just leaped head first into it.

Phaidra Knight: Yeah, and obviously at that time I didn’t feel the way I feel now. It was difficult while in law school to make an argument for rugby, which took so much of my commitment, time, resources and support. It’s still a hard argument to make, considering that it’s twelve years later and I’m still in debt, trying to be a pioneer along with others in the sport. But I don’t regret it. If I had to do it all again, I’d start up sooner.

Robin Roemer: Talk to me about the different things that you’ve done, because I know that you were in two World Cups and you’ve been on the actual US team for ten years.

Phaidra Knight: Yeah, it’s been a while, and I’m probably closing in on the end of my international playing career within the next 12 to 24 months. I’m training right now in hopes of making the next World Cup team, which is taking place in 2010 in England. So come to England! But I’ve had the opportunity to travel all over the world, which has probably been the highlight of playing rugby — being exposed to different cultures, playing in different cultures, instantly making all these international friends — it’s been amazing.

My first World Cup was in Barcelona in 2002, and that was pretty amazing. That was the onset of my career, I was about three years old in the international community. Then I had the opportunity to travel to New Zealand as a member of the All-World team. It was a huge honor to play with the top players in the world. Then fast-forward four years to the 2006 World Cup; another amazing experience with a bunch of amazing teams. So, I hope I’ll still play at this next one, but I’m taking it one day at a time and I’ve had an awesome career. I’ve made some accomplishments that I never even thought were possible. It’s cool. It’s great. 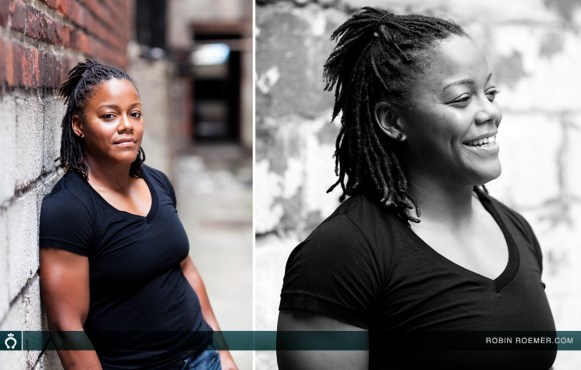 Robin Roemer: And you practiced law for a while?

Phaidra Knight: I did, I practiced law for about four years in the Midwest, but when I got to New York I started down a different path, doing development and development consulting, which is a little bit more conducive to playing rugby. I’m actually working as an independent contractor with a couple of different companies, one being a rugby organization. And that’s obviously where my passion really lies, because I’m helping to bring rugby into NYC schools and hopefully beyond that.

Robin Roemer: How do you balance work, and personal life, and rugby? Is there a trick to it?

Phaidra Knight: There is no balance. They all overlap. (laughs) You know, my days are so erratic because I’m training so much I feel like it would be an injustice to work for someone full-time, salary, because I’m going to need time off, so it makes it difficult. Being sort of self-employed, my schedule just fluctuates all over the place. The only constants I have at this point in my life are Tuesday/Thursday trainings from 8 to 10, and games typically on Sundays. Those are the definite constants I have, and everything else just sort of falls into place around that. 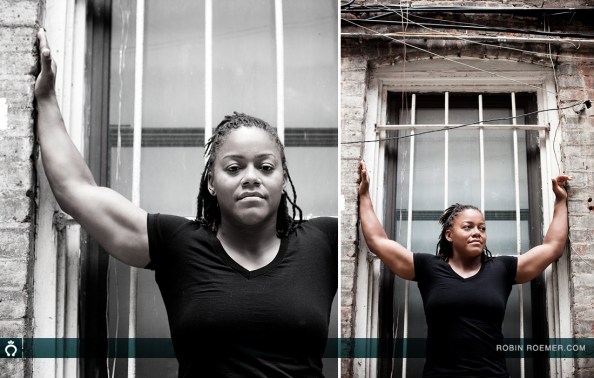 Robin Roemer: I have some questions from some of our interns and some our team members here! Brooke asked how often you train, which I think you were just talking about.

Phaidra Knight: Well, the Tuesday/Thursday 8-10 is a team training where we practice. Right now, my training schedule is Monday through Friday and the games are on Sunday, I so essentially have one day off during the week, so I probably put in anywhere from 3-4 hours a day. Some days less depending on my energy level, but that’s about the amount I do.

Robin Roemer: That’s crazy. I wanna know how much you can bench? I can bench the bar!

Phaidra: Probably somewhere between 250 and 280?

Intern X: She could probably bench press you, Robin.

Robin Roemer: We were discussing that what would be really great is if we got all of Team Autostraddle in a tug-of-war against you. Because we would definitely lose.

I was stalking you online to find out more about you and somewhere it said you like to cook! Do you cook?

Phaidra Knight: I do! I like cooking! And you know, other than the day-to-day, I prepare all my food at home and don’t eat out a lot. It’s healthier. I really enjoy cooking and when I have time to cook I enjoy elaborate cooking. I’m not a great cook but I enjoy it.

I try to stay very disciplined during the week, because my days are so full, busy, and long. It requires a lot of preparatory time. I have my regimen during the week, ’cause my days are so full & busy and it requires prep time. I eat to train and I eat to live. It’s very mechanical. And then on the weekends, if you call it cheating, I allow myself to splurge a little bit.