Robin Roemer: And you were saying you were getting into martial arts?

Phaidra Knight: I’m actually taking some kickboxing/MMA sessions with a good friend of mine, he’s an eighth-degree black belt. We actually just trained before I came here — I love it, it’s amazing and will be a great transition into my next thing after rugby.

It’s definitely something that I could see myself doing if my body’s up to that level, that’s awesome. But at this point it’s a great training tool that translates awesomely into rugby in terms of flexibility, power and endurance. I love watching it and doing it but I don’t have the opportunity to do as much right now with everything else I’ve got going on.

Phaidra Knight: I don’t know; that would require me to specialize. But maybe! Maybe once I’m done with rugby I can work for that. 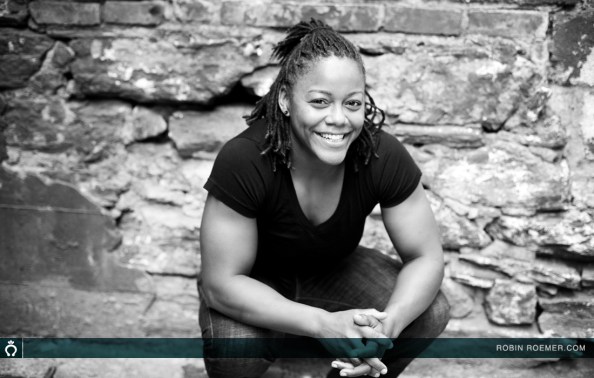 Robin Roemer: Do people think you’re intimidating when they learn these things about you? Because in person you’re very warm and easy to talk to, but it seems like on paper you’re very intimidating.

My impression is that people are more intimidated before they know or have spoken to me.

Phaidra Knight: My impression is that people are more intimidated before they know or have spoken to me, and I don’t know if they’re as intimidated when they meet me. The people I spend the most time with are my rugby teammates. They know most things about me and I think because they know me, I’m not threatening. People respect me and I give people a lot of respect, so I think I receive it. That’s cool.

But I think at the surface a lot of people are intimidated, but once they get to know me it goes away.

Robin Roemer: Yeah, I was looking at your various accomplishments – starting rugby, and law school and stuff – and I can see how if someone hasn’t met you and they read all this stuff about you they’d be a little scared. Watch out.

Phaidra Knight: [laughs] Nothing to be afraid of.

Robin Roemer: I have some more questions here from the interns. Jen asks, “You know how sometimes you go to bed, pass out at night with the intention of going to the gym or for a run or whatever in the morning? How do you actually do that? Because when I wake up in the morning, it is a battle between getting up and staying in bed.”

Phaidra Knight: How do I not sleep?

Robin Roemer: Yeah, where does this discipline come from?

Phaidra Knight: You know, growing up – I have to tell you a little bit about growing up. I started tending a farm with my father – he was a small farmer, and my family supported a produce farm. So from age four or five, ever since I was able to walk I was with him. I drove the tractor with him, and do whatever needed to be done. Tended to the livestock; at the time we had pigs, and my grandmother had chickens. So I was always very active and outdoors, and that work ethic just kind of folded in. And we had to help harvest in the summer; that was an eight hour day in the hot summer sun. 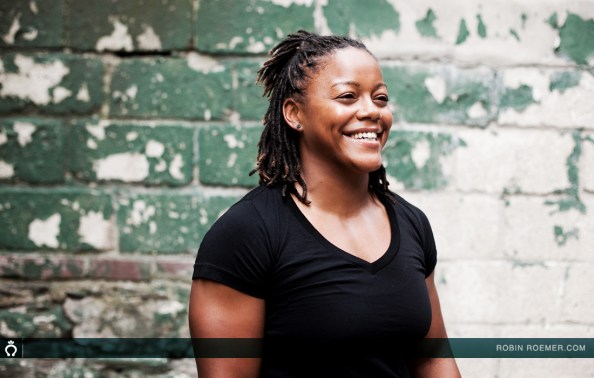 Robin Roemer: So you weren’t one of those kids who grew up playing video games.

Phaidra Knight: Noooo. We had three stations! I grew up in a middle class family, and we lived out in the middle of nowhere where my parents still live. We had three channels and no cable. My parents still don’t have DSL, because they still don’t get high speed internet out there. I’ll paint the picture. We had bedtime, my parents were pretty strict but they were open-minded – they still are! The point being, they made us work hard and do a lot of physical labor to teach us an appreciation of higher learning and enrichment. My sister and I, she’s four years older, both went to college and so we’re both in positions, especially now in such horrible economic times, where we can do other things. I think a lot of the work ethic came from that, from the physical labor that most kids these days don’t experience. And so I think that’s what gave me my edge – I mean, sitting down at a desk all day I can’t do. My attention span [snaps her fingers], it’s like that. I’m much better at focusing when I’m using my hands and using my body, and I think a lot of my discipline comes from how I was brought up — and I think part of it is just genetically coded.

Robin Roemer: So there’s no shutting off the alarm for you?

Robin Roemer: So, I want to talk a little bit about the gay issues. You’re out to your team, and professionally. Is it safe to assume rugby is a pretty gay-friendly sport? Have you ever encountered anything unfriendly?

Phaidra Knight: You know, I haven’t. I’ve heard of people who’ve experienced other folks in the community saying some derogatory things, but I think that’s what would happen in any walk of life or subculture. And honestly like any other issue, it’s just discomfort and a kind of ignorance.

But you know when I hear things like that, although it’s disheartening, there’s always hope that you can reach out to someone and change someone just by being around them. I never feel like it’s final when I hear things like that. But it’s definitely raised its head, as has the whole race issue. It’s something that’s there, it’s not huge, and I surround myself with people who don’t think that way or don’t feel that way or who at least are very good at hiding it. It hasn’t been an issue.

Robin Roemer: You’ve said before that you’re very close with your teammates, you’re like family.

Phaidra Knight: We are. And with that goes, like a family, the bad things: you get sick of each other, you argue, you have fights, but in the end of the day that’s your teammate. And like a family member, you always have their back. And like a family, if you didn’t have this bit of dysfunction in there, it wouldn’t be a family.

Robin Roemer: Do you have any questions X?

Intern X: Do you have any pregame meal?

Phaidra Knight: I don’t have one!

Phaidra Knight: I love 80s music, so I find that I play best when I listen to – my favorite song is Oh Sherry by Steve Perry. And there’s a lineup – James Ingram! – like the most mellow lineup you can imagine, but it gets me up, and I love it. But I’m pretty much laid back, because I feel like the more tense you are the harder it is to do your best. And unlike most of my teammates – they’re like, “Get away from me, I need to focus!” I’m just whatever. I don’t really have a routine. As long as I get enough sleep at night, get up and have a very big breakfast, and I have my snacks, I can pretty much take on any situation and I’ll be fine. I need a little time to warm up, but that’s all.

Robin Roemer: What’s next for Rugby and what’s next for Phaidra Knight?
Phaidra Knight: Back in august, rugby was ratified to be added to the Olympics for 2016 and in November, the final vote will take place. Its pretty likely rugby will be added. Rugby is the second most popular sport in the world. I hope to be involved with the sport at that time, maybe in media and television.

There’s a possibility it will be an exhibition sport in the 2012 Olympics. So we’re hoping. I won’t be playing international at that point, but so many I play with and coach will be there.

Robin Roemer: Would you coach at that level?

Phaidra Knight: Not at this level. I’m at the point in my career where I can see phases down the field. That’s something that comes with experience. Its possible. There will be demand for all kinds of opportunities within the sport. The sport itself will change drastically in the next 12 months.