Jane the Virgin‘s season two finale is one of the best hours of television I’ve ever had the good fortune to watch — even before the final scene that flipped the 2016 trend upside-down and Unburied The Gay. Like everything on Jane the Virgin, the face of things is hardly ever the heart of things. Literally, actually, in “Chapter Forty-Four,” as Susannah peeled off her face and revealed that she was actually Rose underneath there the whole time.

Rose’s death earlier this season seemed to signify the end of the hyperkinetic mystery element of Jane. The latter half of season two shifted most of its focus to love story as Jane and Michael found their way back to each other and began planning their wedding. And what a wedding it was! True to form, Jane almost missed out on her big day because she rushed to school to present her new thesis and was forced to do her own hair and makeup in a public bathroom. (Best line of the episode: “I feel like I’m locking you into the patriarchy,” her Humorless Feminist adviser told her when she stumbled into Jane and was forced to help her button her dress.) And of course the priest got walloped in the head during the rehearsal and nearly got concussed. And Rogelio’s Roles Royce broke down and he and Jane had to take the bus to the chapel. And Rafael almost confessed to Jane that he’s still in love with her, right before she walked down the aisle.

But the wedding itself went off without a hitch, including Michael getting a nod of approval from Alba and presenting his vows to Jane in Spanish (which was when I started sobbing). Forty-four episodes in and Jane was finally married! The choir, the priest, her family, the Virgin Mary: In a delightful moment of satirical skewering, they joined their voices in song and admonished her to go have sex!

Alas, it was not to be, because right before Susannah peeled off her face, she shot Michael in the chest outside the honeymoon suite at the Marbella because he started to piece together the fact that she was always in the right place at the right time with the right information, leading them to arresting Mutter. He realized she wasn’t who she said she was, but he was bleeding on the carpet by the time Susannah stepped inside her room and reached for Luisa’s hand and revealed that everyone in Miami had, once again, been outwitted by Sin Rostro. 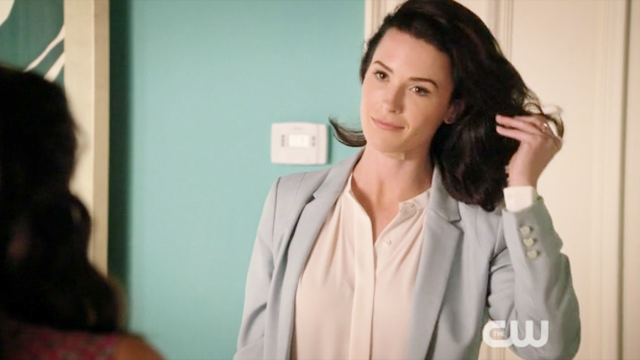 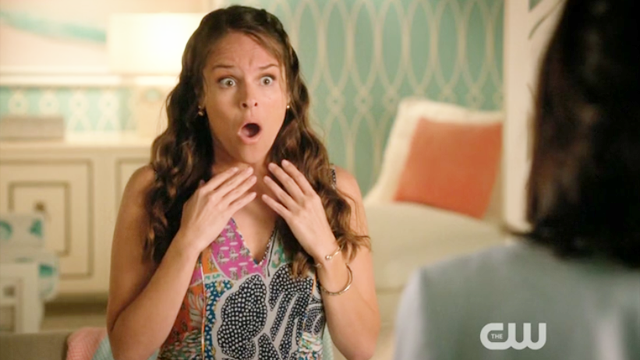 Jane the Virgin is one of the only TV shows — maybe the only TV show — that makes it impossible to offer up some kind of letter grade for representation. Even when Rose died, it was hard to be mad because it’s a telenovela and people are always getting murdered in the wackiest ways. And yeah, Rose is a lesbian psychopath, but part of the fun of this genre is the cartoonish villainy of the bad guys (Este-buns, anyone?). One of the main reasons Jane works is that it dives into tropes, on purpose, but almost always with a twist. When, in the history of film, has a big bad peeled off her face to reveal a lesbian underneath? When, on a show anchored with a straight love triangle, has a woman stepped forward and said to another woman: “Ours is the greatest love story ever told”?

In a TV year full of heartbreak and disappointment, it’s nice to know at least one gay lady is bullet-proof.

Join A+
Related:jane the virgin