Whoa. The past couple days have been crazy, right? I mean from hearing about CAMP to dreaming about CAMP to signing up for CAMP. Everyone’s excited. So excited that you might have forgotten to poll your closest friends to see if they love all three of my things. If you find someone that does, I will reconsider my stance on marriage and sing “Matchmaker” from Fiddler on the Roof to you. You know what else you might have forgotten about? I’ll let you think about it. You shouldn’t feel guilty if you did forget because I bet you aren’t alone: the 2012 Weblog Awards! Doesn’t a Bloggie sound like the cutest award that ever existed? I just want to cuddle up with a Bloggie at night and not have to worry about whether or not Riese will send me as tribute because WHAT IF AUTOSTRADDLE IS DISTRICT 11. Then that’s bad news for me you guys. Read Hunger Games so you can get that joke! But not before you vote! Tell everyone you know. Tell people you don’t know. Want to start a conversation with that cute girl sitting across from you right now? Ask her if she voted for Autostraddle in the the Weblog Awards. I bet she already did but you should check anyway. There’s only a couple days of voting left! 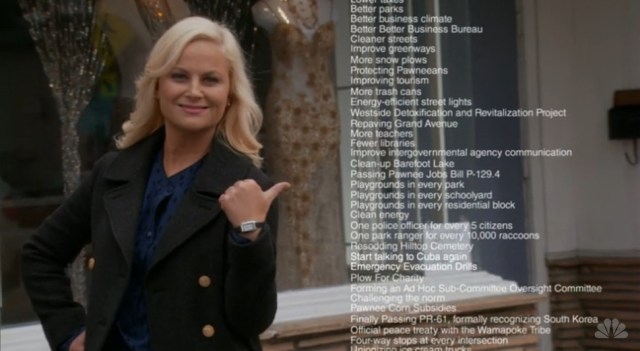 All of the reasons to vote for Autostraddle

Do you hate TV but love Riese’s recaps? They’re pretty entertaining which is why I think we’re up for Best Entertainment Weblog! Holy shit, could you imagine if someone thought that a bunch of queerios were the go-to source on entertainment? Covering it, caring about it, being misrepresented by it? This could be the start of a revolution! Maybe Naya Rivera would hand deliver this Bloggie to my heart. We won’t know unless we win!

Do you see how excited everyone is about CAMP? Just look at all those comments. Everyone else should forfeit the Best Community or Group Weblog. Winning that will be like s’mores for your heart. I would be a significantly less happy person without Autostraddle. Where else would I put my feelings? Inappropriate facebook statuses? Can you imagine if we won this award and more people found out about this magical place? Aren’t you excited for those people? We have to reach those people so we can intercuddle them and tell them everything will be ok! I bet you have a recipe they’d really love. I’m positive they like puns almost as much as you do. Winning this award isn’t even about us. It’s about you. All of those faces inside of  those squares. You made this possible. Vote for yourself! You can put it on your resume!

Also, please vote for “Everyone is Gay” in the LGBT Blog category and that will hopefully ease the pain of the fact that we were not nominated for that category.

By the way, I love you. Just thought you should know.