Last night’s Democratic Debate came at an interesting time in the race: frontrunners Hillary Clinton and Bernie Sanders have come out as more contentious with each other than at any point previously, with Hillary criticizing Sanders’ healthcare plan and Sanders biting back while consistently unpopular Martin O’Malley continues to surprise pundits and disrupt campaign conventions by staying in the race at all.

The debate was set the night before Dr. Martin Luther King Jr Day, the day upon which America memorializes (and, on the institutional level, largely waters down) civil rights leader Dr. Martin Luther King; it was also hosted by the Congressional Black Caucus Institute and set in Charleston, South Carolina, where nine black people were murdered by a white supremacist only a few months ago. The stage was set for a comprehensive and committed conversation on racial justice in the US, one which… mostly did not happen. 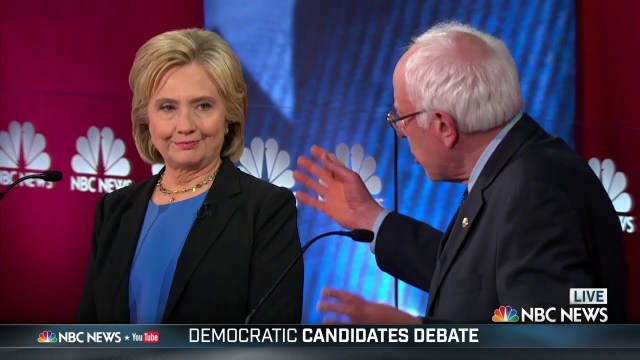 But first, let’s talk about what did happen. Sanders and Clinton have also been in the news about their stances on gun control, and specifically on whether the government should allow the survivors of those killed by gun violence to pursue lawsuits against gun manufacturers. Both Clinton and Sanders called each other inconsistent on the issue, and O’Malley chimed in to agree that yes, they were both inconsistent. All three candidates mentioned a $15 federal minimum wage — or at least raising the minimum wage — in their opening statements. The rising rates of addiction to opioids were also discussed, even if Bernie Sanders did at one point conflate them with mental health care for reasons that remain mysterious. Healthcare in general was a major point of contention, with Clinton claiming that Sanders’ health plan wants to “tear up Obamacare and replace it,” and Sanders reminding everybody that he was on the committee that wrote the Affordable Care Act and that all he wants to do is give everyone healthcare. You get healthcare! And you get healthcare! And so it goes.

Early in the debate, YouTuber and racial justice advocate Franchesca Ramsey was given the (video) floor to ask the candidates this question: “I believe there’s a huge conflict of interest when local prosecutors investigate cases of police violence within their own communities. For example, last month, the officers involved in the case of 12- year-old Tamir Rice weren’t indicted. How would your presidency ensure that incidents of police violence are investigated and prosecuted fairly?”

Unfortunately, only Sanders was asked to answer by moderators; when he did, he argued that any death in police custody should automatically trigger a Department of Justice investigation; he argued for de-militarization of police, and making police departments more diverse. Somewhat frustratingly, he also said “if a police officer breaks the law, like any public official, that officer must be held accountable” — but didn’t go so far as to answer Ms. Ramsey’s question about how that would actually be accomplished. He also at one point bizarrely claimed that his lack of a voter base among Black Americans was because they… aren’t aware of his campaign or his platforms? “When the African American community becomes familiar with my Congressional record and with our agenda, and with our views on the economy, and criminal justice — just as the general population has become more supportive, so will the African American community, so will the Latino community.” Okay then. 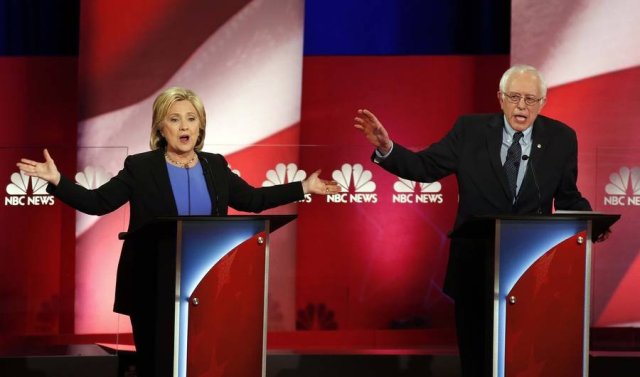 Clinton, for her part, had clearly come prepared to talk about police violence and racial justice, perhaps hoping to combat perception that she shies away from these topics or only discusses them in generalities. When asked if black men’s fears that “their lives are cheap” was “perception or reality,” Clinton agreed it was a reality; she named Walter Scott, the black man whose shooting at the hands of Officer Michael Slager was caught on video in South Carolina, and asked “what we would be doing if it was one out of three white men” who were being incarcerated, pointing to the disparity in convictions of white and black offenders for the same crimes. Unfortunately, her response still didn’t include any explication of how these inequities will be addressed!

MLK Day has the unfortunate mark of white people’s aggressively misunderstanding the leader’s legacy, repeating all of the vaguest, most general parts of his writing about ideals of equality while conveniently ignoring all of his incisive, concrete and urgent calls for specific political action to end poverty, state violence, and institutional oppression. It doesn’t seem like anyone in this debate chose to deviate from that pattern in a significant way. It’s still quite a ways until the DNC nominations, and if these candidates are hoping that showcasing their knowledge that social problems exist is going to carry them into the White House, they may be in for a surprise.

You can read a full transcript of the debate here!