It’s not exactly a secret that I’ve been fairly critical of DC Comics since their New 52 relaunch, especially when it comes to their treatment of queer characters. They benched some terrific queer WOC like Renee Montoya, Scandal Savage, Grace Choi and Thunder. Batwoman, the most prominent lesbian in all of superhero comics, was raped; and then her writer said it wasn’t rape on twitter. Batwoman’s comic was cancelled. And then Batgirl, which had been my one bright spot in DC’s lineup, messed up, and messed up big time.

In Issue #37, Batgirl was fighting a Bat-imposter who looked just like her and was giving her a bad reputation all around town. In the climactic scene of the issue, the real Batgirl pulls off this imposter’s cowl to see that it’s the male performance artist Dagger Type. This was already playing into a bunch of stereotypes about trans women — that we’re deceptive and dangerous, that we’re “creepy crossdressers” — but then Batgirl’s reaction made it hurt so much more. Batgirl, the one superhero in mainstream comics who had a trans woman for a best friend, the one who I knew wouldn’t be transphobic, shouted “Dagger Type? But you’re a —” clearly about to say “but you’re a man!” I’ve already talked about this at length, but if you think someone is a woman, and then you pull off their wig, it is absolutely transmisogynistic to call them a man, especially if you’re shouting it. That was the part of the comic that most bothered, offended and hurt me. I’m completely fine with transgender villains, I’d love an awesome trans woman villain, but Dagger Type wasn’t trans; he was just playing into negative trans woman stereotypes and then Batgirl herself reacted in one of the worst possible ways to the reveal. 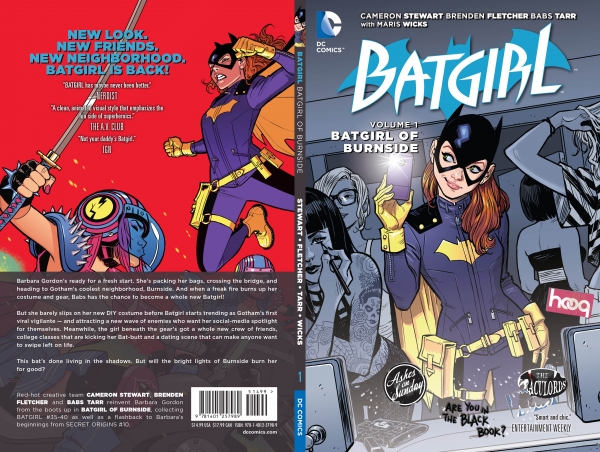 The new Batgirl of Burnside collected edition with changes made to issue #37.

I was hurt by this issue. It was one of my favorite comics (and I read around thirty a month) and it was the only comic put out by DC or Marvel that I thought I knew I would be safe from transphobia. I mean, if Alysia Yeoh, Barbara Gordon’s friend and former roommate knew she was doing anything transphobic (like, let’s say, pulling someone’s wig off and calling them a man) she would be sure to set her straight. I actually had to put the comic down and stop reading it. But in the end, I thought it was just another example of DC throwing its LGBTQ characters under the bus. 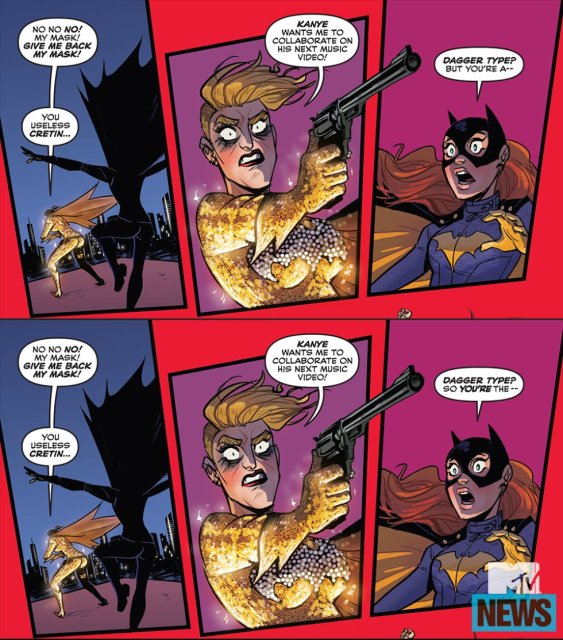 Some of the changed dialogue in the collected edition via MTV

I was extremely impressed (not to mention relieved and comforted) back in December when writers Cameron Stewart, Brenden Fletcher and artist Babs Tarr very quickly apologized, acknowledged what they had done wrong and promised to do better. I was even more impressed when I learned that in the trade paperback version of this first Batgirl run, Batgirl of Burnside, they actually changed the dialogue in the most offensive and hurtful scene. Stewart told me that as soon as they realized what they had done, they wanted to fix it, “Brenden, Babs and I immediately realised the mistakes we’d made and felt it was really important to us, not only as creators, but also on a personal level, to try to make amends to the transgender community, whom we all value as a part of our readership. The collected edition provided us with an opportunity to examine the story and make improvements.”

This is how companies and creators should react when they mess up like this. This is a huge company, DC, in one of their big franchises, stepping up and not only admitting and acknowledging their mistake, but doing what they can to fix it. As I told Stewart, the new version of the comic will prevent other readers and fans like me from feeling the hurt, self-disgust and betrayal that I felt when I read the original issue. Stewart says that he and the rest of the Batgirl team hope that those who were hurt by the original issue “will now find the story handled with greater sensitivity, and that the changes indicate a commitment to our pledge to be better allies moving forward.”

I know this might seem kind of hokey, but Team Batgirl’s words and actions here really give me hope for the future of comics. I was already looking forward to the future of comics at other companies like Boom!, Image and even Marvel, but this commitment to do better shows that DC is taking it’s place at the front of the movement to make comics more friendly for readers who aren’t cis, straight, white men. Stewart’s promise that Alysia Yeoh “will be a key component of an approaching storyline, the culmination of which will occur in the October issue” makes me even more excited.

John Constantine getting flirty via io9

So do some other moves DC has made recently. First of all, they gave a monthly title to Midnighter, who is openly gay. They also have two bisexual men, Catman (in Secret Six) and John Constantine (in Constantine: The Hellblazer) who are starring in titles and being very open about their sexuality. This is especially welcome after the recent Constantine TV show erased its title character’s bisexuality.

Queer women are getting a lot more attention too. Not only will Alysia Yeoh be heavily featured in upcoming issues of Batgirl, but Barbara’s other friend, Frankie, is a disabled queer woman of color, and also the new Oracle. In non-Batgirl titles, DC recently announced that Maguerite Bennett (of the terrific A-Force and Angela comics, as well as a dozen others) will be writing an alternate history WW2 DC Bombshells comic starring Wonder Woman, Supergirl and the very queer Batwoman. They also just reintroduced Renee Montoya, one of the greatest comics characters of all-time and a Latina lesbian, into the pages of Detective Comics #41, which gave off a lot of very Gotham Central-type vibes. If you’ve read that series, than you know that that’s a stupendous thing. 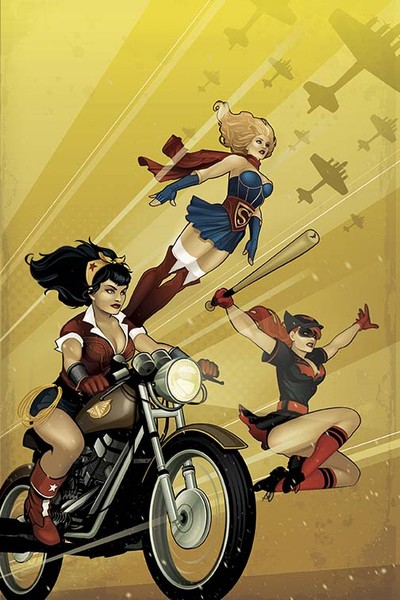 Now, in news that could have been the headline of this week’s article, DC also made an announcement that they should have made back when Batman: The Animated Series was still on the air: Harley Quinn and Poison Ivy are real-life honest-to-god girlfriends!!! On Twitter, Harley Quinn writers Jimmy Palmiotti and Amanda Conner answered the question “are harley and ivy girlfriends? Please confirm this” with “Yes, they are Girlfriends without the jealousy of monogamy.” Seriously, finally. So, that makes at least eight titles at DC this summer that have an LGBTQ character as the lead or co-lead (Secret Six, Midnighter, Constantine: The Hellblazer, Harley Quinn, Harley Quinn and Power Girl, Catwoman, Detective Comics, Bombshells). Did I miss any?

I’m really loving this new direction for DC. It seems like they’re doing their best to make up for their mistakes and to listen to their readers. The Batgirl of Burnside trade paperback is one of the very few trades that I’ve bought after buying all of the single issues, and I plan on continuing my support of this comic as long as they’re going to commit to being the best allies they can be. With DC on board, the future definitely looks bright for queer characters in comics and I can’t wait to see what’s coming next.

Princeless: Be Yourself #1 (Action Lab)