Last year, dapperQ compiled their 1st ever 100 most stylish dapperQ’s that included Brittney Griner, Ellen DeGeneres and Rachel Maddow (plus some faces more directly associated with Autostraddle). This year dapperQ came up with a brand new list of 100 Most Stylish dapperQs. We saw Jack Tar 207’s 50 Fierce Femmes list last week, and now it’s time to give some love to the dapper folks who range from “andro-chic to dandy,” and more.

This list features some very good looking humans (some that you might recognize from the He Said/ We Said series) wearing some ridiculously stylish outfits and having way, way too much swagger for one person. Like, come on, it’s not even fair how good they make these clothes look. With people like this, how did glasses ever become associated with being uncool? They’re so cool, they’re even making this femme want to go out and buy a suit (but probably one with floral accents).

Now on to the list. You may recognize several from their contributions and connections to Autostraddle. 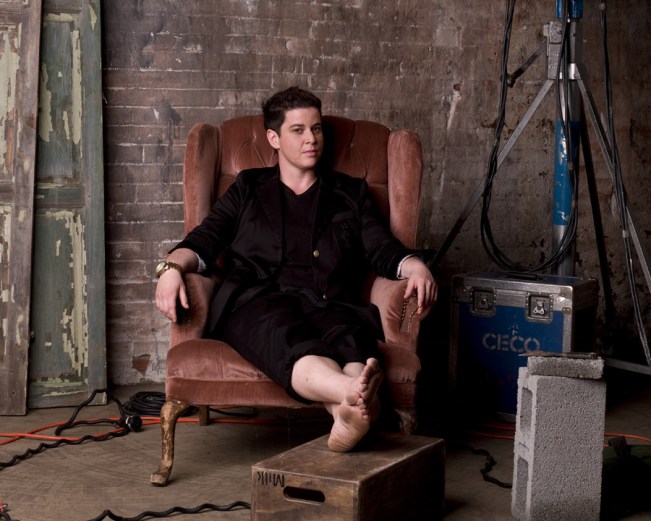 Julie makes sitting on an old chair in a run-down warehouse look so cool!

There are funnypeople Julie Goldman and Hannah Hart, who you may recognize from their work at A-Camps. Julie also hilariously appears on Bravo’s The People’s Couch, the webseries Roomies, her own half hour special and a ton of other things. 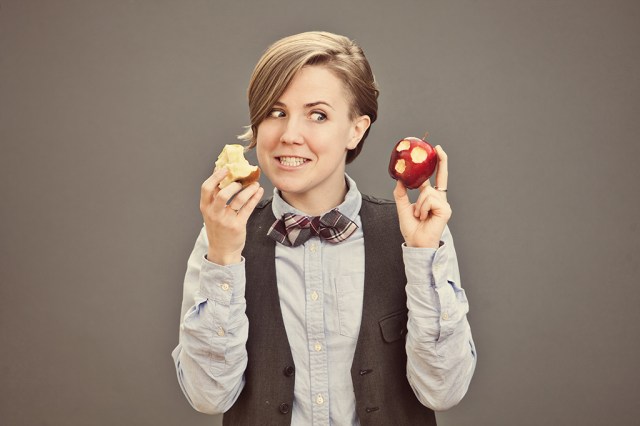 Even the apple is extra stylish.

Of course, we know and love Hannah Hart from her awesome Youtube channel and Words With Girls. 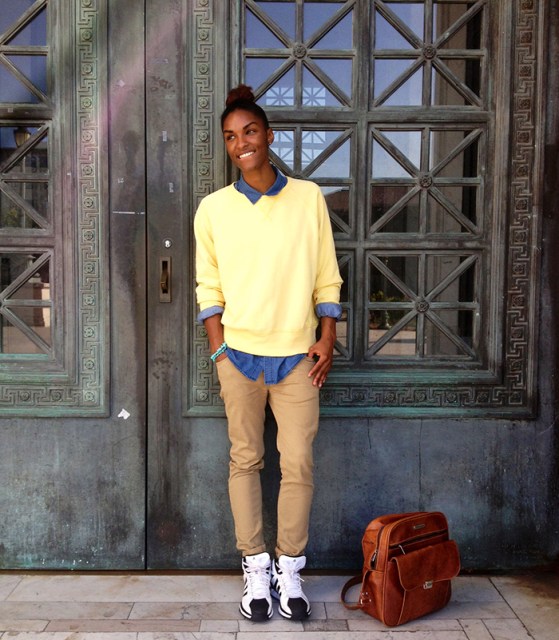 There’s also Ari Fitz, the stylish Real World star who answered all your questions this season. 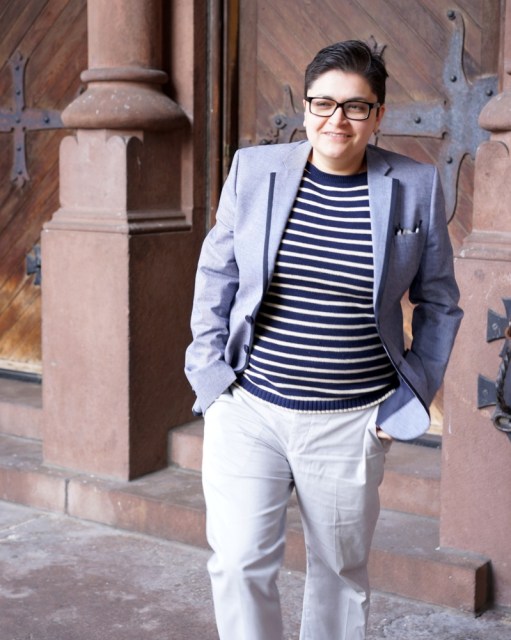 See! This is what I mean about how good they make glasses look!

Also, check out M.A., who adds some butch into Fit for a Femme’s life as well as being a software professional in the gaming industry. 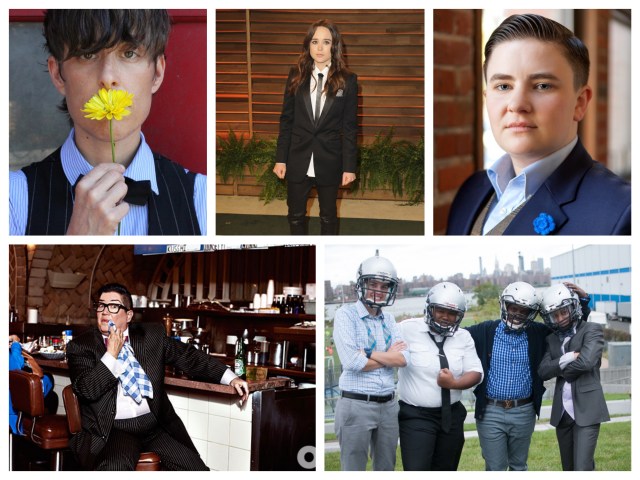 This is almost too much dapper (but of course there’s really never too much).

On the New York Sharks Women’s Pro Tackle Football Team, you may also recognize A-Camper Rae! There are also a bunch of other incredibly suave people on the list who we all have a soft spot for in our hearts, including Ellen Page, Erin Berg  and Kyle Moshrefi (Kipper Clothiers co-founders), Orange is the New Black’s Lea Delaria and poet Andrea Gibson. So, if you’re looking for any style, confidence or life inspiration, just take a look at these impossibly sharp-dressed and put-together humans.