As I am sure everyone can remember, gay people have been having some trouble in the past few years to establish equality in the courts. This is not any different today, but there are some updates! In today’s edition of “I am gay and want to do things anyway,” gays are still trying to legally be in love, around the world, and state rights are still proving to be ineffective ways to govern the love lives of American gay people (ahem). 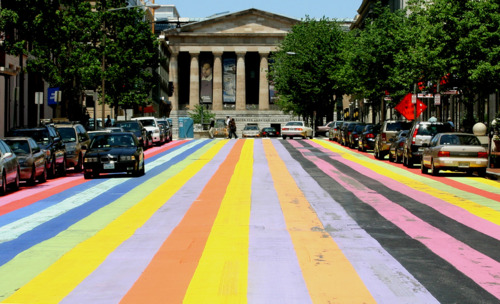 Photo via Window Seat on tumblr.

In California, marriage equality is still something people in suits are talking about. The state’s Supreme Court is now left to decide whether or not the sponsors of the one and only Prop 8 should be able to keep it alive in the courts. (State Officials refuse to defend the measure in court, but ballot proposition backers want to continue the fight.) The Supreme Court’s Chief Justice, Tani Cantil-Sakayue, said the court will decide sometime this week whether or not they will take a position. The 9th US Court of Appeals will not rule on the proposition’s constitutionality until the decision is made.

Shit has gone down in Iowa and Indiana recently, where lawmakers are pushing to ban gay marriage (which is legal in Iowa) and ban civil unions, respectively.

But if you think it sucks not being able to be married, think about how much it sucks to not be able to get divorced! It’s happening right now in Nebraska, where two lesbians who married in Vermont cannot obtain a divorce. Because their marriage is not recognized in Nebraska, there is nothing to divorce, according to the courts. A Constitutional Amendment was enacted in 2000 that banned same-sex marriage in Nebraska.

Maryland‘s state Senate is considering legislation that will repeal a provision defining marriage as being between only a man and a woman in the state. YAY! The chances for passage are high, and might reach the full body as early as next week. YAY! (The bill also make religious views on marriage irrelevant in the courts. IS THIS ANOTHER YAY?!)

Rhode Island‘s House Judiciary Committee is scheduled to hear testimony on a bill legalizing same-sex marriage today. And for the first time in a long time, the RI governor like gay marriage, too. But now, everyone’s best friend the National Organization for Marriage has released TV ads attacking the governor for his support of gay marriage. 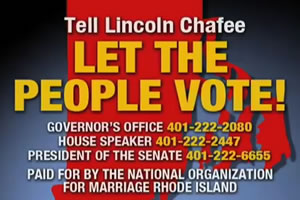 In New York, Joan Rivers will be taking it a step up, as usual. (After all, where would New York or gay people be without Joan Rivers?) She has recorded a video on behalf of the HRC that will play in taxicabs talking about how great gay marriage, and New York, really are:

Meanwhile, outside of the U.S., gay marriage still makes people act weird. France’s Constitutional Court recently upheld the country’s ban on same-sex marriage. Their reasoning was that gay and straight couples are in “different situations,” and therefore need different treatment under family law. The court shrugged the problem off to Parliament for now, and mentioned that if they decide to legalize same-sex marriage, that would be okay, too. (The only reason I can assume it is okay is recent poll data showing widespread and large support for marriage equality in the region.)

And things are even weirder in Bahrain: gay people have been arrested partying and watching their friends get married this week. The Huffington Post reported on Monday that a late-night noise complaint wreaked havoc on what was allegedly (GASP) a gay wedding. When police reported to the scene, they arrested 127 wedding attendees. Homosexuality – not just same-sex marriage – is banned in Bahrain. Gay NZ described the scene:

“According to police sources some of the men were allegedly drunk, and others were described as wearing women’s clothing and make up. The police are now said to be checking if any have a history of debauchery or sodomy.”

In Spain, a gay marriage joke on a late-night television show led to its discontinuation. Spain legalized same-sex marriage in 2005, so Cuca Garcia de Vinuesa badmouthing gay marriage on her show led to her pink slip. “This kid is saying it’s a marriage and he’s going to get married. I suspect they believe that’s a marriage,” she said on air, following a call from a man who was getting married – to his boyfriend – and wanted Garcia de Vinuesa to play a song for him. She denies she offended anyone.

At the end of the day, it is hard for gay people to be in love, still. But the good news remains the same: 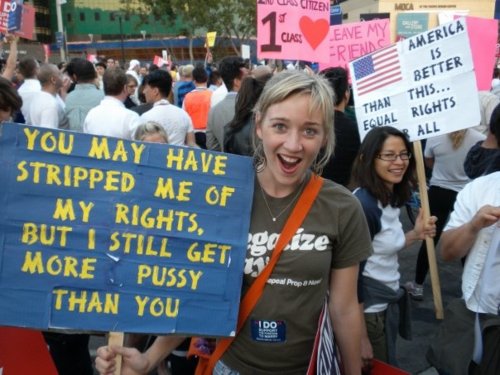