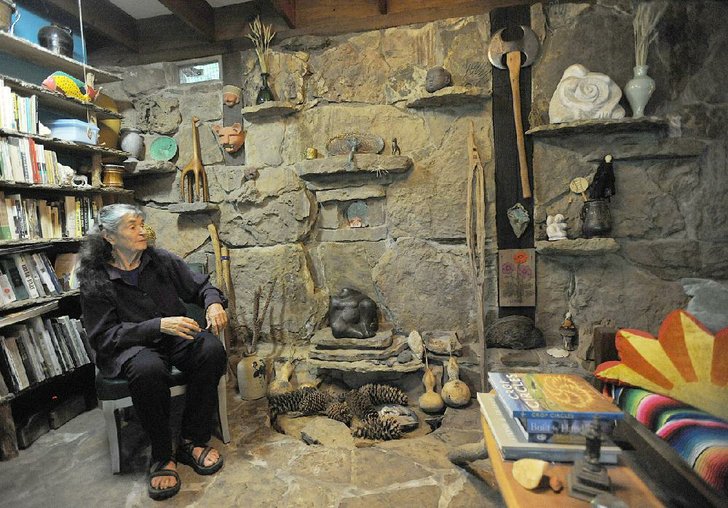 + In 1981, Diana Rivers and 19 other women bought the 280-acre Ozark Land Holding Association in Northwest Arkansas to create an “intentional community” for lesbians. And even though membership has dwindled since then, the organization is looking to replace those who have left and is revamping its land-use agreement. Residents of the intentional community live in separate houses, most of which were built by themselves or by other women, but work cooperatively to maintain the land. “This is lesbian land,” Nancy Vaughn, Rivers partner tells the Arkansas Democrat-Gazette. You can read more about the history of the lesbian-only intentional community on the newspaper’s website.

+ A Texas church replaced a rainbow flag outside of their congregation for the fifth time after vandals have ripped it out four other times. Rev. Joanna Crawford, minister of The Live Oak Unitarian Universalist Church in Cedar Park outside of Austin, installed the flag. “One of the things that we refuse to whisper is that we are a deliberately welcoming, inclusive place of worship, and we celebrate the lives and loves of those who are lesbian, gay, bisexual, transgender and queer,” she said. 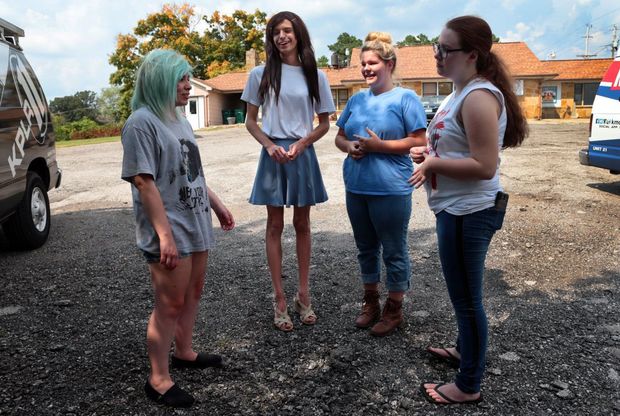 Lila Perry, second from the left, with her friends.

+ Seventeen-year-old trans girl Lila Perry told teachers and administrators at Hillsboro High School in Missouri she wanted to use restrooms and locker rooms that match her gender, instead of the unisex ones she was allowed to use.“I wasn’t hurting anyone. I didn’t want to be in something gender-neutral,” she said, referring to the faculty bathroom administrators encouraged her to use. “I am a girl. I am not going to be pushed away to another bathroom.” Her decision spread across the district and on Monday morning students walked out in protest. Lila was locked in the principal’s office when students protested because administrators were worried about her safety. The school’s gay-straight alliance and other supporters held a counterprotest to support Lila. The school administration has also been supportive and have been working to make Lila feel welcome by allowing her to use the girls facilities. The protest comes after a School Board meeting where parents talked about their concerns that Lila was getting special treatment.

+ Earlier this month, two St. Louis police officers shot and killed 18-year-old Mansur Ball-Bey. Police say he fled a home they were searching for weapons and drugs and pointed a gun at them. Police say they shot Ball-Bey in self defense and despite being shot, he continued to run, dropped the gun in the back yard and collapsed in the front of the house. However autopsy results reveal Ball-Bey was shot in the back, which is inconsistent with the police’s testimony of him turning to shoot them. Futhermore medical examiner Michael Graham determined that the shot fatally pierced his heart and severed his spinal cord, making it difficult to believe that he continued to run.

“That’s a clear indication to me that given the initial results they learned from the initial autopsy, it doesn’t support the position the police laid out at first as it relates to Bey being shot and running, so they want to take a second look to modify those findings,” the family’s attorney Jermaine Wooten said. “These things should have been addressed early on and I don’t see why they are taking a second look when it should have been thorough and complete the first time. It makes me a bit suspicious as to what really could be going on here. But until we get the results, it would be premature to give a strong statement either way.”

+ Reporting from Texas television station KSAT News appears to show Bexar County sheriff’s deputies shooting and killing 41-year-old Gilbert Flores as he had his hands raised above his head.

They claimed they were unable to subdue him using non-lethal force. However, two witnesses say Flores never threatened the officers and was surrendering when he was shot. The deputies also allege the suspect was armed with a knife. Both deputies, Robert Sanchez and Greg Vasquez, who opened fire have served on the force for more than 10 years. They have been placed on paid administrative leave, pending the outcome of an investigation.

+ American studies professor Duchess Harris wrote a textbook about the Black Lives Matter movement aimed at middle and high schoolers that’s set to debut in November. The book covers politically important shootings of black Americans over the last three years, including those of Trayvon Martin and Michael Brown. She was inspired to write the book after teaching an intro to African American studies class and realizing her college students were unprepared to have discussions about race because it was the first time they were doing it. She wanted to change that and introduce the topic earlier on in a student’s education.

+ Ireland’s president Michael Higgins signed the country’s same-sex marriage amendment into law on Saturday, following a referendum in May which approved same-sex marriage. Ireland was the first country to legalize same-sex marriage based on popular vote. Legislation is expected to be brought forth in September and marriages could take place later this year.

+ About 500 participants at Nepal’s LGBT Pride parade demanded constitutional rights for LGBT people. The annual event took place at Kathmandu. “Our main demand is that the rights of the sexual minorities should be guaranteed in the new constitution,” said Pinky Gurung of the Blue Diamond Society, a gay rights group in Nepal. The group also called for same-sex marriage, joint property purchasing power, joint bank accounts and inheritance rights.

+ The Kansas City LGBTQ community held a memorial for trans woman Tamara Dominguez, who was killed in August.

+ The University of Tennessee is encouraging tutors to ask students which pronouns they use. 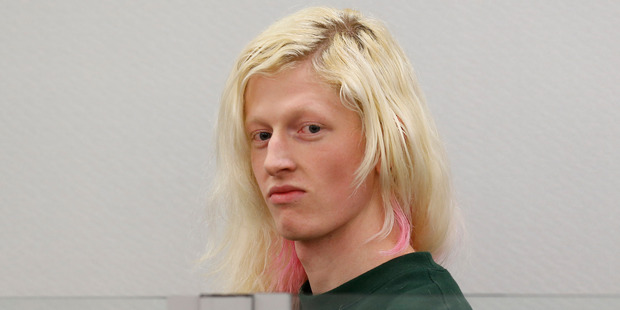 + Trans woman prisoner Jade Follett, who was being held in the men’s-only Rimutaka Prison in Upper Hutt, Wellington, has been moved to a women’s jail. The Corrections Department approved the request, just hours after No Pride in Prisons, a prison abolition group, began a hunger strike to demand her transfer to a women’s prison.

+ Another trans inmate, Ashley Diamond, who sued Georgia earlier this year for access to hormone therapy and protection against sexual assault, was unexpectedly paroled on Monday after serving less than a third of her 12-year sentence.