Here’s your news fix for the day! We’re trying a new schedule for these and putting them up in the afternoon rather than early in the morning, testing the theory that maybe you’d rather read about the news as your day winds down, including the news that happened over the course of the day itself. Let us know what you think!

Last night there were two debates between two separate sets of Republican presidential nominee candidates. I talked about one of them a bit over here; it’s not a full recap because the debate was three hours long and to be honest I’m not sure I could have handled a recap, but you can read the full transcript. I do still think it’s worth talking about the other debate, between the four lowest-polling candidates, people who have virtually no chance at the nomination. If you have about an hour to kill and wouldn’t rather be watching, oh, anything else at all, I’d recommend watching it. Much of the debate is actually a sort of meta discussion about the state party itself. It reveals politicians who are frustrated and divided over what their party’s values even are, and frightened of an increasing lack of clear identity and relevance, pinning all their hopes on winning this election so they can be in control of the executive branch instead of defining themselves largely in terms of their reaction to Democratic moves. Anyways! Interesting stuff. 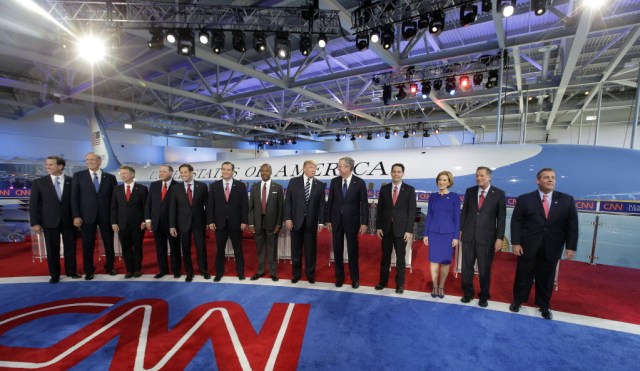 + On Monday, 14-year-old Sudanese-American Ahmed Mohamed was arrested in Texas when he brought a clock he had designed and created on his own into school to show his teacher, reasonably expecting that she would be impressed. Instead, school staff were concerned that the clock was a bomb, and arrested Mohamed — while doing so, they also violated his civil rights by refusing to let him speak to his parents, even though he’s a minor. It also doesn’t seem as if the school called a bomb squad or anything like one, which seems confusing if we are to believe that the school was truly worried about a bomb threat. (It’s anecdotal, but for contrast, when I was in high school a shiny silver makeup case that someone left in the school parking lot was mistaken for a bomb; 911 was called to deal with the “bomb,” but no one was arrested.)

Going to meet my lawyer. pic.twitter.com/YCxOOeOz3Z

Ahmed gave a statement yesterday in which he thanked his supporters, indicated an interest in changing schools, and also that he’s interested in taking up some of the offers that big names like President Obama, Mark Zuckerberg and more have made him. The LA Times has a story on how Ahmed’s social media celebrity has developed, which is great. Whether social media response to the unfair and dehumanizing response that Ahmed unfortunately experienced can improve educational conditions for other young black, Muslim and black Muslim children is another question.

+ There’s no question that Jonathan Stuart Kenney killed his girlfriend, Janette Tovar; still, he’s only getting ten years’ probation and a $2500 fine for her death. Janette Tovar’s cousin Marisa Anguiano believes the light sentence is because Tovar was a trans woman.

“To this day, to this very hour and minute, we have no idea how this deal was reached,” she said. “We have never seen a police report, [Kenney’s] statement, no evidence, no case file, no nothing. Have you ever heard of such a thing?”

Anguiano added that early on in the case, prosecutors were more communicative with the family but eventually “something changed” and scheduling meetings became more difficult.

“Why are they treating my family the way that they are?” Anguiano said she has asked herself throughout this process. “What could we say except that she was transgender? There seemed to be this bias.” 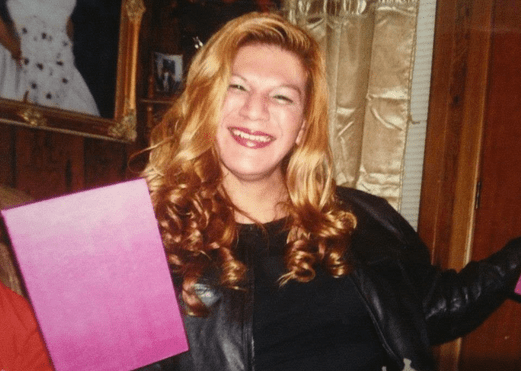 + The Department of Education has released new data on American universities, with several important findings. One is that graduates from elite educational institutions like MIT still have major gender pay gaps when they enter the workforce.

+ According to a report by the Violence Policy Center, South Carolina has been ranked the worst for violence against women.

+ GLAAD has released a survey which indicates that among adults polled,the number of Americans who know a transgender person has doubled over the past seven years, from 8% to 16%.

+ A new study finds that black kids who go to the emergency room are less likely to receive painkillers than whites, even when they’re “suffering from agonizing conditions.” The report finds that across all backgrounds, 57% of children who go to the ER with acute appendicitis get pain medication; 41% get opioids. If you isolate the numbers on only black children, only 21% were given opioids.

+ A new report has been released on the health disparities experienced by bisexual people, particularly bisexual women, who suffer disproportionately high rates of cancer, heart disease, and more. You can read the full report here.

+ Argentina will lift its ban on gay and bisexual men donating blood.

+ A lesbian couple says they were refused entry to a strip club in North Miami Beach because they weren’t “accompanied by a man.”

+ Feministing has a story on 100 women marching 100 miles for migrant dignity. Their march will end in Washington, D.C. in time for the Pope’s arrival.