Remember Track Meet: A Girl Meets Girl Story, a queer film you guys helped to fund on Kickstarter not too long ago? Well, the film is finished, and director Leslie Kwon has put together a screening of Track Meet along with three other short films at Bluestockings Bookstore in the Lower East Side. If you’re in the New York City area, you should go — all Autostraddlers are welcome to attend! 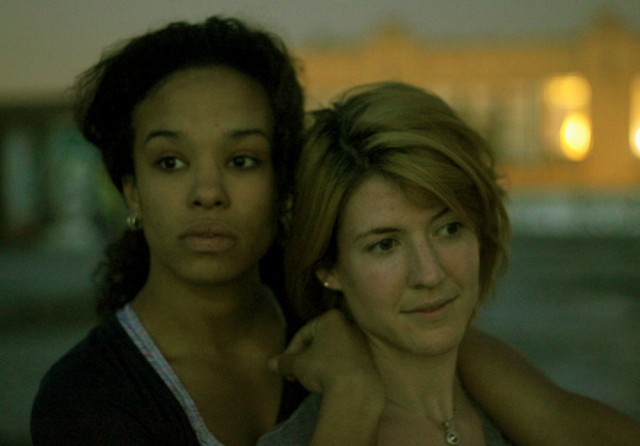 The screening is free to attend and will showcase Kwon’s Track Meet alongside three other films by up-and-coming NYC filmmakers: Dust off Ivory by Stephanie Hummel, Blue by Igor Yankilevich and themorningafter by Matthew Fifer.

While Track Meet is the only queer-themed film of the bunch, the film selection celebrates “an anti-Valentine’s Day,” according to Kwon in an email, with each of the films featuring “tragic protagonists in search of or obsessively remembering genuine connection.”

Track Meet‘s plot (if you’re just catching up) is about two women who interact with each other by running along a doomed expanse of circular track, according to Kwon:

The film is a girl-meets-girl story, but more importantly is an examination of the potentially destructive nature of all relationships in general. The two main characters, Kate and Jackie, run on a track field and decide to introduce themselves to each other. The film presents the innocent beginning of their relationship while implying, through some darker imagery, their sexual connection and foreshadowing their future power dynamic. The entire story is meant to feel kind of the way one would reflect on a particularly tragic relationship post-break-up. You look back at the start of the relationship and can’t help but inject doom into every early word spoken and every touch felt, the sense that warning signs were present from the very beginning. 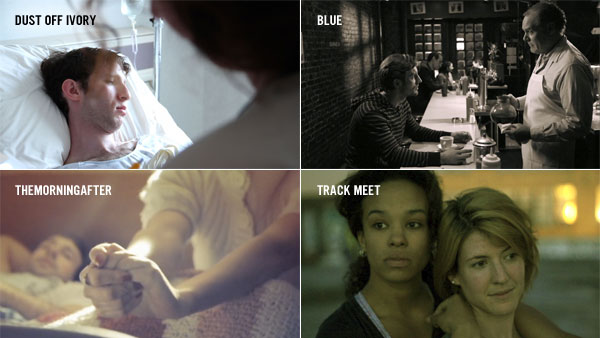 The screening is held two days before Valentine’s day, so if you’re the anti-Valentine’s-Day type you can celebrate the evening with a film viewing and a drink — wine and coffee will be available to purchase. An open reception will follow the screening, where audience members can meet the filmmakers and get a chance to chat, talk and ask questions.

If you’re interested, check out the film trailer below and help support indie queer film!