When I set out to write a series on queers and craft beer, I was surprised by how little has actually been done on the subject. While the queer, and especially the queer girl, community might not be the first thing that comes to mind when one thinks about the macho, rugged boy’s club culture that has come to be synonymous with beer and brewing – think: know-it-all bearded fellows in flannel shirts, stirring bubbling buckets of homebrew in their man dens while their buddies shoot pool nearby – to me, it’s a natural pairing. And as a queer who spends at least 70% of my day thinking about, writing about, dreaming about or imbibing this delicious and fascinating beverage, I can’t wait to attempt to fill this journalistic and cultural void. 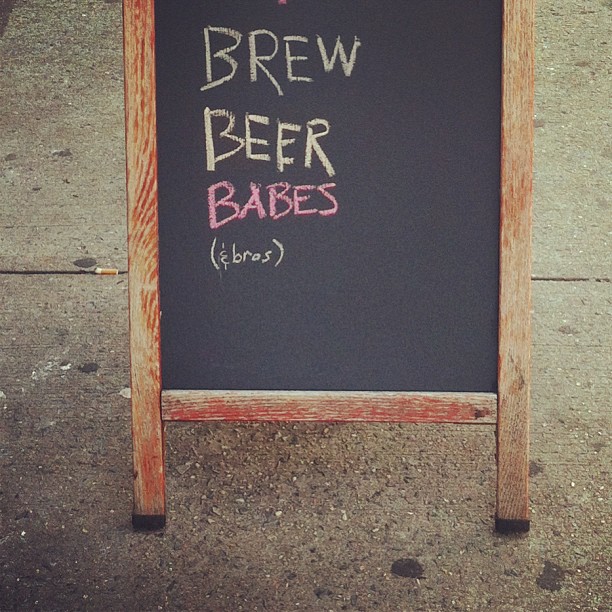 Despite its straight-white-male reputation, craft beer as an industry and movement is actually pretty damn queer. The business was founded on the principles of experimentation, improvisation, collaboration and working class ingenuity. The craft beer pioneers were dissatisfied with the mainstream telling them what to drink and trying to trick them with advertising so they ventured out on their own, inventing guides to homebrewing and transforming abandoned factories into breweries that cranked out frothy kegs shipped out for communal enjoyment amongst friends instead of pounding cans alone in front of the tube. The odds were against these early brewers: they had very little money and were competing tap for tap with multi-billion dollar titans of industry (over 90% of this fine country’s beer is produced by only two corporations…). But, just like us resilient queers, these folks survived on love, pride and an enduring devotion to community building.

My love for craft beer began in college, the same year I was introduced to the queer music scene. To me, the two worlds fit together perfectly – people unsatisfied with mainstream consumerism weren’t just sitting around, miserably swallowing the MTVs and the Coors Lites – they were taking a risk and producing their own ish, sharing their creative expression with their communities and encouraging likeminded folks to follow suit. I won’t even go into the political differences between big beer and the microbrews, but let’s just say it’s about as stark as between an Autostraddle reader and a Guns & Ammo devotee. 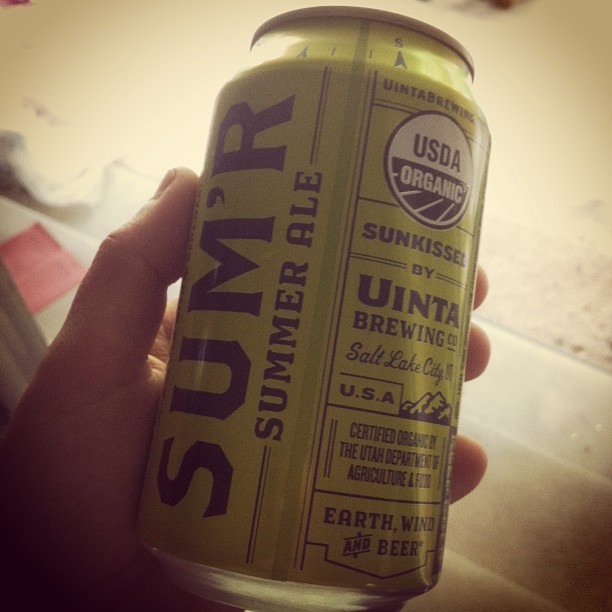 So, as gay pride parades sweep across the nation this month, be mindful of your local tea dance’s beer sponsor. Is that a Coors logo? A cherry red Budweiser label? Are the girls in the bikinis drinking dripping wet Coronas or are they pouring pitchers of Miller Lite down each other’s shirts? Don’t be fooled by the rainbow lanyards and free Bud Lite bottle openers – these corporations will happily take your hard earned cash and divert it to Focus on the Family. Drink smart, do your research and expand your palate. Think craft beer is just for rich snobs? Trade in your PBR for a crisp Narragansett tall boy or a bottle of Shiner Bock and feel good about where those two bucks went. Beer is a common drink and should be a celebrated as common drink by honoring the hardworking, independent brewers that produce it instead of a multibillion dollar industry full of automated canning lines and conservative funding.

Most of all, both queers and craft beers are about friends and community. Share a few cold ones with some friends and introduce them to beer that tastes amazing. Talk to other queers about what they’re drinking, pick up a book like Christina Perozzi and Hallie Beaune’s The Naked Pint or read a female-oriented beer blog like Beerded Ladies (ok, shameless plug). In my experience, being queer is all about demanding the right to be different, to resist the mainstream. Let’s embrace craft beer as a fellow comrade in the fight to be as weird and offbeat as we want to be. Cheers, queers!

A documentary filmmaker by trade and training, Meredith develops digital content for Homoground, a queer music podcast, and heads up the female-centric craft beer blog BeerdedLadies.com, amongst other more lucrative pursuits. Meredith is originally from St. Louis but now lives in Brooklyn where she can usually be found enjoying a cold one or playing softball in Prospect Park alongside her mutt, Miko.

Meredith has written 4 articles for us.