You guys I have off on July 4 AND July 5. This was the breaking news of my own life, but here’s the stories we missed this week while I wasn’t planning a BBQ.

70% of Facebook users have a gay friend, (I think 70% of my Facebook friends are gay) which probably explains their new gay pride emoticon. And SPEAKING OF PRIDE, HAPPY BIRTHDAY PRIDE FLAG. YEAH, YOU. YOU, RAINBOW FLAG OVER THERE. HAPPY FUCKING BIRTHDAY. 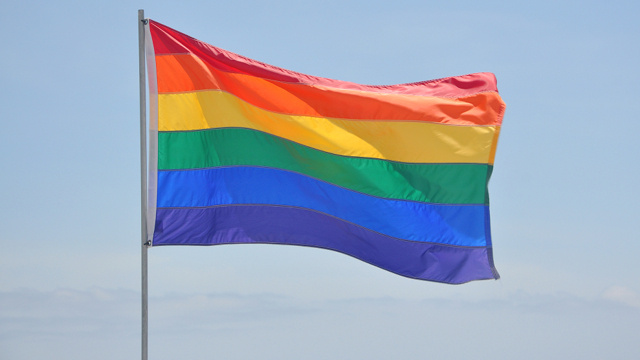 Examples of The Government Actually Working / Being Great

+ The Department of Education will now collect data about anti-LGBT bullying.

On May 22, I was at the White House for a Harvey Milk Day event, accompanying a delegation of GLSEN student leaders and staff. As we waited for the program to begin, a senior official from the Department of Education came running over to one of our students, Liam Arne.

“I need to shake your hand,” he said.“Because of you, the Secretary of Education is adding LGBT students to one of the most important Department of Education data collection instruments. You asked in that meeting, and afterward he told us to get it done!” …

LGBT-inclusive data collection may seem like a wonky goal. But let me tell you, data drives decision-making, and what is measured is what is valued when it comes to government action. Liam, one of GLSEN’s amazing student leaders, secured a huge advance for LGBT youth nationwide.

+ Obama promoted LGBT rights, albeit quietly, on his most recent visit to Africa.

+ Meet the highest ranking gay person in the Department of Defense.

Colorlines and the Case of the Cute Queers

Tee headline of this article is “We’re Here, We’re Queer, And We Look Real Cute.” My work here is done. 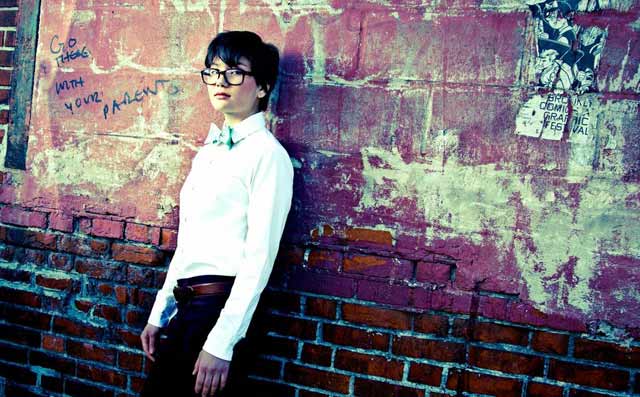 Surprise!!! Russell Brand is THE WORST.

Russell then continued to joke that he likes to make advances on all gay women – and will carry on until he has tested every relationship in the country.

He added: “I just do that with lesbians, like ‘come on, you’re not that lesbian. For heaven’s sake, you’re just being difficult now.’

“She’s [Clare Balding] in a happy relationship, isn’t she? I won’t rest, until every lesbian relationship in Britain has been disrupted by an unwelcome boorish Essex boy.”

May you never rest, sir.

Even More on DOMA

+ What does DOMA mean for elderly queers?

+ “Same Love” has been blowing up on the charts following the DOMA / Prop 8 victories, which makes Macklemore hella proud. Can we listen to “Same Love” now because it’s like my favorite song no lie.

+ The perfect gay marriage cover came from The New Yorker: 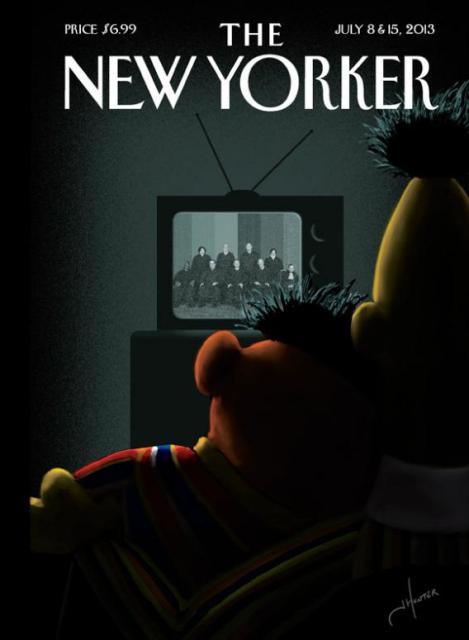 I am seeking a lesbian- or queer-identified documentary filmmaker to work with on a project that will shoot in late-summer/early-fall of 2014. We would work together during the time leading up to that point on planning the project, and work together afterwards on post-production.

I will be taking a road trip around the US in the late-summer/early-fall of 2014 to visit lesbian lands, women’s and LGBT centers and/or communities, festivals, as well as bars and social spaces that bring together groups of lesbians and queer women. The purpose of those visits will to be share a play that I wrote inspired by the Lesbian Herstory Archives, and to interview those we meet about their methods of building, sustaining, and sharing communities, as well as the sharing their own stories and creative expressions.

Planning the trip will involve looking at the archived materials from Alexis Danzig’s 8,000 mile road-trip in the 1990s to raise awareness about the Archives through in-person slideshows. It will also draw on past lesbian and queer-identified groups like Sister Spit, who brought their work directly to a variety of communities, as well as theater companies like Missoula Oblongata, who work largely or entirely on the road.

WHO AM I? A lesbian/queer identified playwright and arts journalist. With experience self-producing shows/events in a variety of cities and circumstances.

INTERESTED? Send me an email at alexis@alexisclements.com and tell me a little bit about yourself, your experience making documentary films, and why you’re interested in working on this project.

Is it sexy when I boss you around? Either way, you should support these awesome projects.

Created by Thompson Films, K&A is set in the city of Boston, and this comedy centers around Karly (straight) and Alex (lesbian) best friends since college, whose dysfunctional, co-dependent, drinking, and drug taking relationship impedes them from ever finding someone special in their lives besides each other.

Entangled with You is a romantic drama-comedy series about couples who complicate each other’s lives post separation. Faced with loneliness, change, and one unexpected bout of VD, new roommates Alisha and Jaliyah get an up close and unwanted look into each other’s personal business and somehow manage to see past their differences and overcome the awkwardness. Now if only their significant others were comfortable with that…

Into Girls is a series of vignettes that follow different lesbian characters. The story lines are mostly focused on the uncertainty of self and learning how to come into your own as a lesbian. Our experiences and inexperience drive the stories and style of the series.

+ One: A Story About Love and Equality

I raised money on Kickstarter and spent the spring of 2012 getting to know the people of North Carolina as they counted down to the amendment vote on May 8th.

After meeting dozens of people and acquiring over 200 hours of footage, I am thrilled to finally be able to share these amazing stories with the world.

I’ve edited all of the footage into a feature film, but we need finishing funds to polish the film, and promote it once it’s complete.

{Young}ist is a young people-powered website devoted to storytelling, artistic projects, and news analysis with staff and contributors all under the age of 26. We’re bringing artists and activists together to cross-pollinate and give voice to the stories of our generation.

We will publish multimedia content, written features, expressive long-form journalism, and innovative art forms that will provide a wide range of perspectives on culture and politics—all through the eyes and hands of youth.

+ Throw Down for a Cause w/ JULIE GOLDMAN

This year’s Throw Down will be bigger and badder than ever before! Do not miss the action as we take over Rich’s in Hillcrest on July 4th from 4pm to 9pm. Mark your calendars now!

This year all proceeds will be donated to The San Diego LGBT Center’s Sunburst Youth Housing Project, serving homeless LGBT youth, and Project Love Out Loud, an organization that provides comprehensive creative expression workshops to homeless and runaway youth. Help us make a difference!!

Doors open at 4pm and the party kicks off with 2 hours of hosted (open) bar from 4 – 6pm! The main event starts at 6pm.

Comedian Julie Goldman (of LOGO) is hosting this year’s event!

Join the ladies of Throw Down for a Cause 2013 as they head back into the ring and make this one MESSY July 4th! It was NEVER meant to be good clean fun!

Gay and lesbian folks are really really into sports. Like, really.

Gay and lesbian consumers – professional athletes or not – are also sports enthusiasts off the courts and fields. In many ways, they’re bigger aficionados than average fans. For instance, adult gay and lesbian Internet users are 11 percent more likely than the average adult online to attend pro sporting events, according to Nielsen, and 7 percent more likely to participate in an adult sports league. 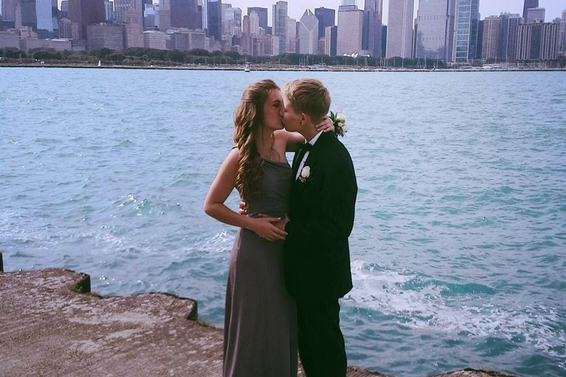