A-Camp is steadily approaching, dream weavers. For some that means planning road trips with shiny-faced queers that you haven’t seen since the last time you climbed down the mountain or maybe it’s keeping price alerts for all the airlines that’ll get you on top of Mt. Feelings. That good old Degrassi “Whatever It Takes” mentality has set in and it’s all or nothing.

So let’s cut to it: are you ready for a brand new Campership? The ambitious and talented humans over at Sharpe Suiting have thrown their dapper brims into the ring and are generously offering their assistance to get you to glory aka bring your fine ass to A-Camp tuition-free! 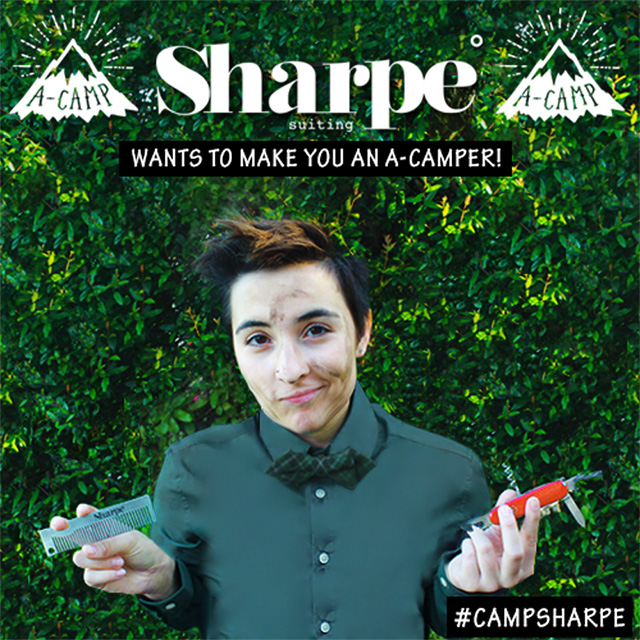 Sharpe Suiting is a custom suit and dress wear company with an intellectual approach and a classic feel. The Los Angeles company surged to attention last year with their very successful Kickstarter campaign for a ready-to-wear line. Since then, they’ve been measuring, suiting, and loving queer and androgynous bodies with gusto and bringing fine masculine-of-center tailoring to the masses.

Meet the team and check them out at the Dapper Q Fashion Show this past December: 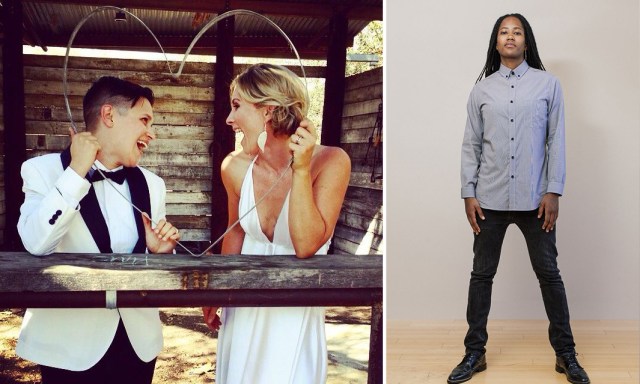 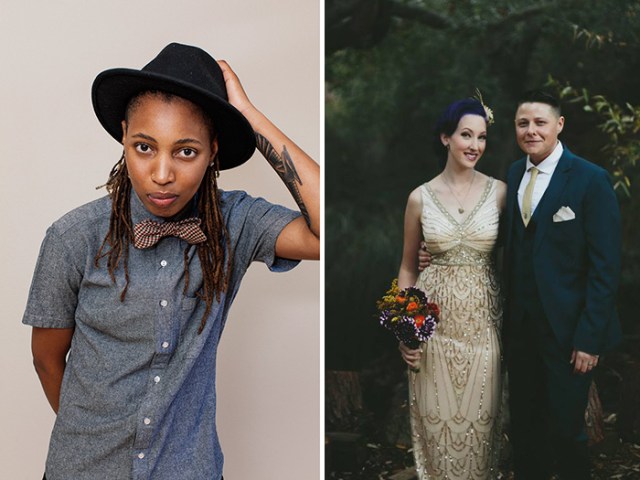 All the work that they put into measuring queer bodies has been saved and utilized to create a sweet ass algorithm called “andropometrics” and that’s how Sharpe Suiting will be able to put clothes for our bodies directly into stores in a global ready-to-wear line.

In less than a year of business we have custom-made over 100 suits for a diverse group of clients in our local LGBTQ community, particularly those who identify as butch, androgynous, trans men, genderqueer, tomboys, and anyone who is ‘masculine of center’ 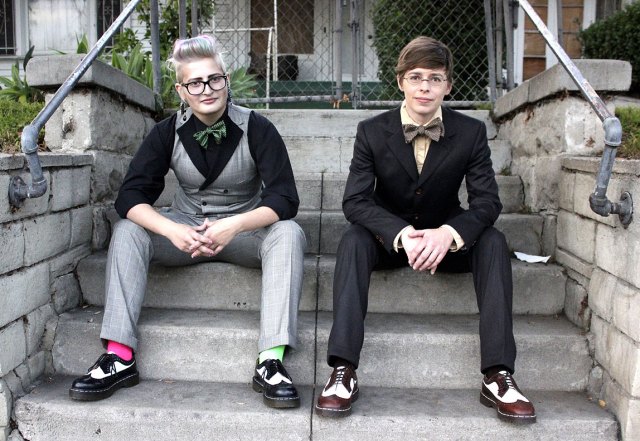 One thing at a time though, deep breaths, I know you’re excited! First, let’s go back to that Campership. Sharpe Suiting wants you to look your very best and revel on the mountain. Here’s what you gotta do:

How to Win a Free Trip to A-Camp from Sharpe Suiting:

You do not need to be a masculine-presenting lady to snap a photo with your most favorite camping essential and enter this contest! The only requirement is that you have to not already be signed up for A-Camp. We look forward to basking in the glory of your submissions! Tuition and shuttles in between LAX and the campground are covered; the winner is responsible only for covering their own travel to LAX and/or to the campground directly.

The deadline has been extended and you now have until the end of the day THIS THURSDAY APRIL 9TH, 2015 to post your entry. The winner will be announced on Friday April 10th! Good luck y’all!