Once upon a time, it was generally accepted as true in America that homosexuality was at best an unfortunate vice and at worst a serious mental illness, and that it needed to be treated as one. But in 1973, the American Psychiatric Association removed homosexuality from its list of mental disorders. In 1997, the APA said that “the potential risks of ‘reparative therapy’ are great and include depression, anxiety, and self-destructive behavior…” In 2005, the APA endorsed same-sex civil marriage in a position paper.

In other words, over the past 30 years, the psychiatric and mental health communities have completely reversed their position on this issue, and recognized that “ex-gay” therapy or the idea that you need to “fix” your sexual orientation at all is a result of growing up in a religious community that tells you being gay is unacceptable – a consequence of bigotry. 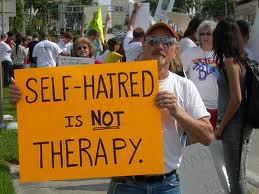 Except maybe a total reversal of an extreme position is also a little extreme. Or at least that’s the takeaway from the two New York Times pieces this week detailing some of the more complicated corners of what it means to be “ex-gay” in 2011.

In recent years, therapists on both sides of the divide concerning “reparative therapy” have begun to have second thoughts about their previously staunch stances. For instance, Denis Flanigan is an out gay man and self-described “militant homosexual” who was in fact voted “Mr. Prime Choice Texas.” But he’s started to move away from a therapeutic approach in which all closeted gay clients are encouraged to progress towards coming out after some of his closeted and religious clients “suffered mightily” after revealing the truth.

On the other hand, there’s Warren Throckmorton and Mark Yarhouse, who were longtime proponents of ‘reparative’ therapy but whom have reconsidered their support of it after realizing how tortured and unhappy many of their “cured” clients really are:

“A pensive, soft-spoken man, Throckmorton still reveals anguish when he speaks of those who proclaimed their conversion worldwide… but later recanted. “What I came to find out was those people felt the pressure of the social contract and said they had completely changed when they had not.”

Both Flanigan and the team of Throckmorton and Yarhouse began to look for ways that they could pursue a more “client-centered” approach that took into account the way the individual client felt about their sexual orientation as opposed to how the therapist felt they would be better off viewing it.

What all the therapists involved agree on is that when it comes to the internal conflict between sexual orientation and religious identity, the position that one can be easily adjusted while the other one is inherent or “right” can be damaging to the client. In the earlier  years of the century, it was assumed that sexual orientation was the mutable characteristic; in more recent years, the prevailing opinion has been that harmful religious attitudes are what needs to be given up. But there seems to be a growing consensus that neither can be discarded easily, and assuming that they can is dangerous and unproductive. As Throckmorton explains:

“Many theorists in the gay-affirming world have taken a view that religion is a changeable aspect of personality… But people don’t wake up in the morning and say, ‘I’ll be a Baptist instead of a Buddhist.’ Religion is the way the world makes sense to them, and for them that seems like a pretty stable attribute.”

But Throckmorton also says he now accepts that homosexuality is unchangeable. It’s just that helping clients accept that may not mean helping them come out. 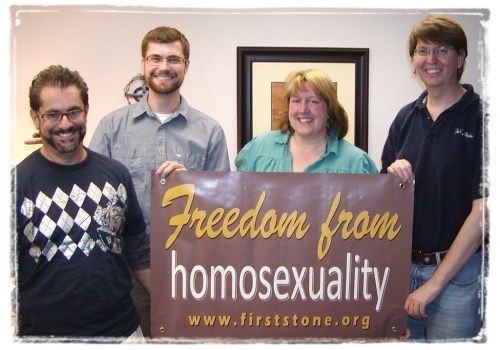 This isn’t the first time that question has come up, and for conflicted gay clients it’s going to come up every single day of their lives. So Flanigan, Throckmorton, and Yarhouse are moving towards a model that’s based not on helping a client to leave either the church or their sexual orientation behind, but on learning how to live with both. For some that means celibacy; for some that means trying to live straight even if they know they’ll never be straight, and for some that means being honest with their opposite-sex partner about their orientation, and trying to find a way to make straight family life work.

In 2007, the APA began a task force to examine whether there might be some gray area in the field of “sexual-orientation-change efforts” in psychotherapy and counseling – the same questions that these therapists were dealing with. Its final conclusions are a far cry from the staunch absolutes of either its 1950s or late 1990s positions.

In the final document, the A.P.A. clearly stated its opposition to conversion therapy and unequivocally described homosexuality as normal. But it also offered a nuanced view of religious gay people who did not want to come out. The A.P.A. considered the kind of identity therapy proposed by Throckmorton and Yarhouse to be a viable option. No effort needed to be expended trying to change a client’s religion or sexual orientation. Therapy, in fact, was to have no particular outcome either way, other than to guide the client closer to self-acceptance, whatever the client believed that to be. The difference between sexual orientation and sexual identity was microscopically parsed. “Acceptance of same-sex sexual attractions and sexual orientation may not mean the formation of an L.G.B. sexual-orientation identity,” the report stated. “Alternate identities may develop instead.” 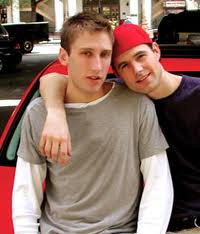 And when you look at the fascinating story of Michael Glatze, you realize how complex these alternate identities can be. Glatze is ex-gay, but not because he was raised in a religious community that couldn’t tolerate homosexuality. In fact, he was an editor of XY, a national magazine for young gay men, and had a stable, healthy and fulfilling ten-year relationship with a man; he’s described by those who knew him as incredibly well-adjusted, and a role model for younger and less sure men who were just beginning to come out. And then in 2007 – the same year, coincidentally, that the APA declared that sexual orientation and sexual identity didn’t have to be one and the same – Glatze announced he wasn’t gay.

His story is, again, riveting, and it really has to be read in its entirety. But the bare-bones summary is that after a major health scare that turned out to be harmless, Glatze felt a renewed sense of spirituality that led him to a developing Christian identity. As he grew closer to God, Glatze felt less at ease with his sexual orientation, and things only intensified from there.

Sitting in his Y.G.A. office toward the end of that year, Michael wrote three words on his computer screen: “I am straight.” They felt true, so he typed a few more: “Homosexuality = Death. I choose Life.”

Then he stood up and left the building.

If we decide to take anything away from Glatze’s story – which may itself be a mistake, as it’s so undeniably and completely singular and problematic in other areas – maybe it should be this: it’s not only the formative years of growing up with a religion that teaches being gay is wrong that makes you want to live differently, to be different. It’s not the free-floating culture of self-denial and disapproval that outsiders like to associate with evangelical Christianity seeping into your brain.

But is it ever psychologically advisable to design your life around what is essentially a particular religion’s over-emphasis on a misinterpretation of the bible — especially with so many unfortunate possibilities as to why, exactly, certain churches are so particularly obsessed with this one issue? Is it ever psychologically advisable to hate who you are and choose otherwise because you believe your desires = DEATH?

It seems like if the stories of these myriad closeted clients and Michael Glatze are any indication, there really is no way for a rational person to simultaneously support an identity as an out gay person and a lifestyle as a practicing conservative evangelical Christian. While there are plenty of Christian denominations that welcome queers with open arms, if leaving your church to join one of them isn’t an option based on your faith, reconciliation of the two may not be a possibility. Unless that reconciliation comes in the form of a compromise like the one the APA outlines, an “alternate identity” – something like a marriage with a person of the opposite sex who may or may not know that you’re gay, something that many of us would be tempted to term “living a lie.”

If that’s the case, then the question – and this is something that likely cannot be answered in a New York Times piece – is why that’s the case. If it’s time, at least for now, to stop playing either/or with religious and sexual identity, is it at least time to start asking why they have to be in conflict? Michael Glatze’s ex-boyfriend Ben is quoted as saying “To me, Michael is a victim of this insane society we live in, where we grow up with all these conflicting messages and pressures around sexuality and religion, and where we divide into these camps where we’re always right and the other side is always wrong.”

If anything is going to be different, do all of us need to start giving up some of our territory when it comes to us being right and “them” being wrong? If so, who’s going to go first?