Listen, I get it: we’re in the year of the Mommi. But Daddy will always have my heart. I am who I am, and while I love a powerful femme woman who drinks iced chardonnay, I’m always gonna choose Daddy. Which is why when I found out about Dream Daddy, my heart soared. I’d never felt so seen!

Dream Daddy: A Dad Dating Simulator (DDADDS) is exactly what it sounds like. A simulator game with the goal of dating all of the dads in your neighborhood. You begin the game being woken up by your perfect daughter Amanda — side note, I love her so, so, so much—after which you get to make your very own Dadsona. 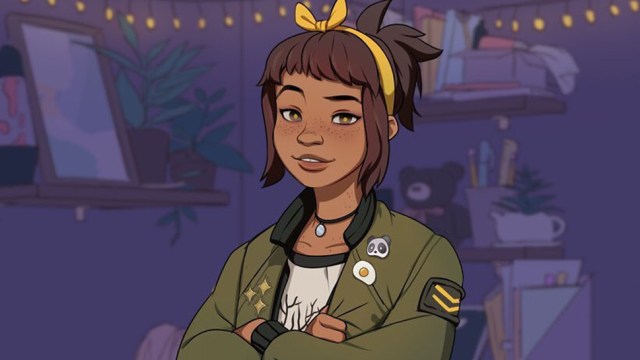 I LOVE YOU MANDA PANDA

Besides the amazing storylines you get to play out, and all the terrible dad puns you get to make, this is by far my favorite part of the game. On top of the typical options like skin tone, hair color, eye shape, etc, you also get the opportunity to decide whether or not your dad is canonically trans. I’ve designed three dads so far: one who’s chubby and wears a big ponytail, one who is the fuckboi of my dreams, and one who looks like Alison Bechdel circa 1998. 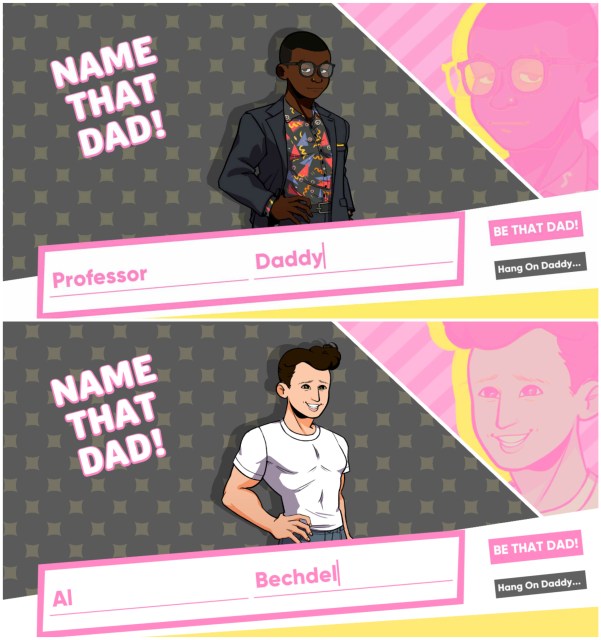 I want to marry them both

The game also has some amazingly cool and strange characters. The first dad you meet is Mat, who is my dream Daddy, but who is so sensitive and difficult to have a date with. Then there’s Damien, a trans goth dad whose son Lucien sells oregano and pretends it’s marijuana. Brian is a redhead who is too competitive, Hugo is an overworked teacher, Joseph is a cool youth pastor with the hottest wife, Mary, our Lady of Wine Moms. Craig is an old bro-y friend from college who won’t leave his damn baby at home, and Robert is… well, he’s the fuckboy of the group. I found out through a guide on Steam that if you sleep with him on the first date, you never get to have another good date with him. Rude.

The game was scheduled to come out on June 13th but ended up taking almost a full week longer than expected to release, and it was so worth it. The game is so smart! Like, in addition to the fact that everyone is bisexual or gay, there are also trans characters and it’s no big deal! Are you telling me that someone’s trans-ness doesn’t have to be the only part of their identity?? Say it ain’t so. There are also a bunch of different storylines that can happen between you and each character. I’ve played through three times so far, and I date the same four dads every time and have had different dates with them each game. And I hear if you win (actually getting a dad to be your boyfriend) you get a pinup of the character. Hot.

For hours and hours of fun, for just $14.99 you can buy play Dream Daddy on Steam (They also sell enamel pins!!). You can also check out their twitter, where they’re constantly posting fan art. Listen, this summer is kinda trash, you deserve something nice. You deserve to create and date the dad of your dreams.

Ari has written 306 articles for us.