Sometimes there is so much poetry in the world that there’s really nothing left to do but write about it online, y’know? But this one isn’t for my secret tumblr — this one is for you.

The first thing we should talk about is definitely this thing Eileen Myles wrote where she opened up about a book that she read not once, but twice. Kind of like that time I read Skies twice in one night (you should, too). And she comes away from it repeating “in gray there is multiplicity.” It’s a lot to gnaw on, and so she does, in this really lengthy but totally worth it piece for the Poetry Foundation. The book is It Is Almost That, a collection of image + text work by women artists and writers that is edited by Lisa Pearson.

Eileen feels like this book allowed her to “have her own experience” reading it – not a guided read, where someone holds your hand and guides you to a conclusion, but an unguided experience through everyone else’s compiled experiences where in the end, you put the book down and you go into your room and you sit very still and think, “did this even happen? Be still my heart, I have been moved.”

I am convinced that something Eileen Myles loves is something I will love. That is, if I don’t love it already. And we spoke way back about Eileen and her feelings about women writers, and about being one:

…a woman is someone who grew up observing that a whole lot more was being imagined by everyone for her brother and the boys around her in school. If she’s a talented artist she’s told that she could probably teach art to children when she grows up and then she hears the boy who’s good in art get told by the same teacher that one day he could grow up to be a commercial artist. The adult doing the talking in these kinds of exchanges is most often female. And the woman who is still a child begins to wonder if her childhood is already gone because she has been already replaced in the future by a woman who will be teaching children like herself. And will she tell them that they too will not so much fail but vanish before their lives can even begin. 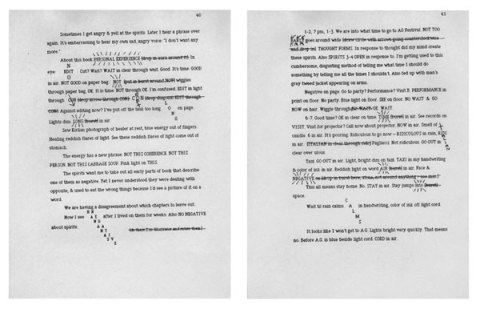 from it is almost that

So many women live so much of their lives in this other language. Is this fact known? The hands are indeed the major organ. Hands are the truest organ of exchange. The morning in my life I knew I had grown up was when I woke up from a dream and sat in bed looking at mine. What will I do. … More than art is represented here. It seems I know her life.

It is almost that.

But what she loves about It Is Almost That is that there is a singular art of being female, but it is not expressed the same by any two women. It is not a singular word or poem or line or movie or painting or story or set of tears or hand held. It is a multiplicity of how that singular experience lives out in our individual ones. Does any of this make sense? She makes more sense than I do:

Its organization makes the point that a book that gathers female art doesn’t need to be explained away as feminist. It’s something else. Just tell us about female lives and female art careers all in one place, and it’s more like we’re having tea with Pema Chödrön. The inspiration (and the desolation) of the female artist is vibrantly there. Because the frame is image+text, we’re reminded that all of us generally do more. Female artists don’t just stay in their disciplines; we experience, we forage, we play. 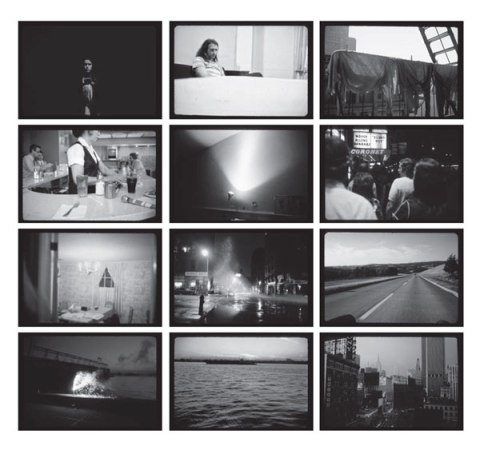 From It is almost that

But while you’re glimpsing over that article with glossy eyes and a big heart, you might want to also move to Washington, DC, Chicago, Philadelphia, and/or Brooklyn for THE REVIVAL, a tour of music, libation, and poetry. It’s brought to you by Cereus Arts — an arts initiative that promotes the visibility of queer women of color through media, literature and community events. Also the tagline on their tumblr is “PAPER OVER PUSSY,” so however that makes you feel.

The tour, composed of black lesbian poets, is described as “salon style.” That means it happens in private residences and you get up-close and personal with real women who wrote your life story and probably will always. Time is running out to buy tickets. So buy your tickets here.

Add these dates to your black book:

And lastly, I want to leave you with a takeaway from LOVE, the poet, about the tour from last year:

“Last year’s tour was awesome, a really tremendous experience. It was really interactive—the audience was just as much a part of the stage as we were. It was a give and take process that allowed for something different to happen. I think lives were definitely changed.”

sign up for our newsletter
Related:feministread a f-cking bookreviewwomen of color