Refinery29, known as “the cornerstone of fashion, beauty, and shopping for a new generation,” debuted its 30 Under 30 lists last year by picking the best and the brightest of the under-30 crowd in both New York City and Los Angeles to highlight and celebrate. This year they’re back at it again, and the second-annual 30 Under 30 list from Los Angeles features some serious talent, including Alia Shawkat, Angel Haze, and Grace Helbig. Most exciting of all is that amongst these bright shiny humans is one of our very favorite humans. That’s right, there’s a Straddler featured on this year’s extremely impressive Los Angeles list! And not just any Straddler; it’s Alex Vega, our very own co-founder, design director, and professional Call Your Girlfriend dancer.

We’ve been in love with Alex for years and years, and we’re excited and proud that today Refinery29 has chosen to join us in sharing that deep love and admiration for such an inspiring and inspired human. They also have some really nice things to say about Autostraddle dot com, which in case you did not know is the most popular independently owned and operated lesbian website in the world! I dunno, it sounds pretty neat, you should check it out. Oh, and did we mention that Alex looks so damn good in this feature? Alex looks so damn good. 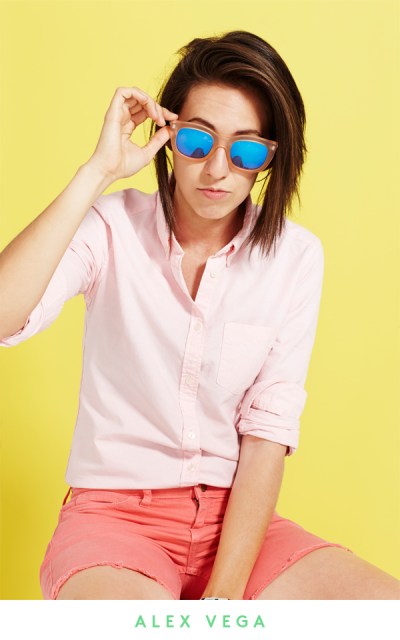 Refinery29 does a really good job of making Alex sound like the BAMF that she is, so we’ll let her profile speak for itself. Ahem:

Forget wanting more money, travel perks, or to work in an office that offers free snacks. At 28, Alexandra Vega already knows she wants to be her own boss. “I don’t want to have to rely on someone else for a job, for my salary, for my two weeks vacation a year. Whatever it is or takes, I’ll figure it out.” And as the cofounder and design director of Autostraddle.com, the most popular independently owned and operated lesbian website, she is well on her way to doing just that. Recognized as an outstanding blog by the GLAAD awards, Autostraddle is a smart, feminist site, produced by a group of dedicated ladies, for lesbians, bisexuals, and anyone else who wants to read some thought-provoking stuff. With its redesign in the works and a new series of IRL retreats that are already a hit with readers, Vega is a busy lady, and it sounds like she’s loving every second of it. 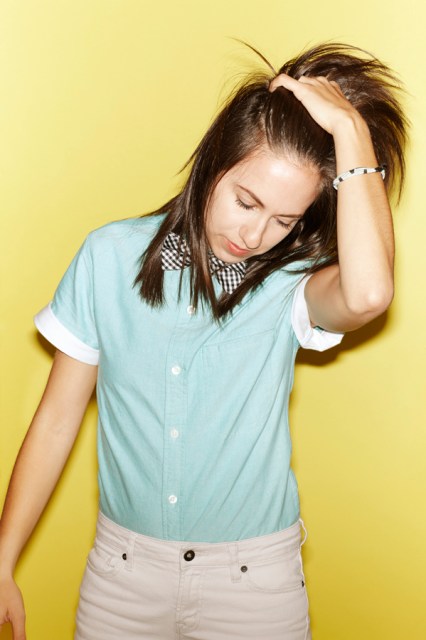 i believe this is the definition of KILLING IT

Meanwhile, we are loving every second of this feature. Read Alex’s full interview here, and check out some of the other cool kids who made the list. Spoiler alert: We don’t love anyone as much as we love Alex and we’re not afraid to say it, but we are really super impressed with all the talent, kindness, ambition and drive showcased within this list as a whole. If this is the future, we say bring it on.