The Real World: Ex-Plosion, set this time around in San Francisco and co-starring the housemates’ ex-flames, premiers today at 10PM EST/PST, 9PM CST on MTV, the channel that once played music but now plays only reality TV.

Among the drama will be the queer model, actress, and pusher Ari Fitz. (You might remember her from our interview and jam session to The Weeknd from last month.) This month, you get to tune into her life — and she’s gonna be watching it all go down right alongside you on Autostraddle.

Each week, you can tune in to new episodes of The Real World and tweet your questions for Ari using the hashtag #AutoAri. Whether you’re curious about her films, what she’s eating in the fifth scene, the music that hot tub montage was set to, or how she gets her hair to look damn good, feel free to dig in and pop a question. Within 48 hours of the episode, Ari will answer every single one here on Autostraddle. It’s fun for the whole family! The whole weirdo queer family, that is, which is this website. But wait!

Each week, Ari will also pick her favorite question out of the bunch – and the user who tweeted the damn thing gets a prize. With incentives like Autostraddle stickers to video broadcasts from Ari herself to you yourself in the mix, it’s totally worth 140 characters and 5 minutes of your life to be a part of what’s happening here. 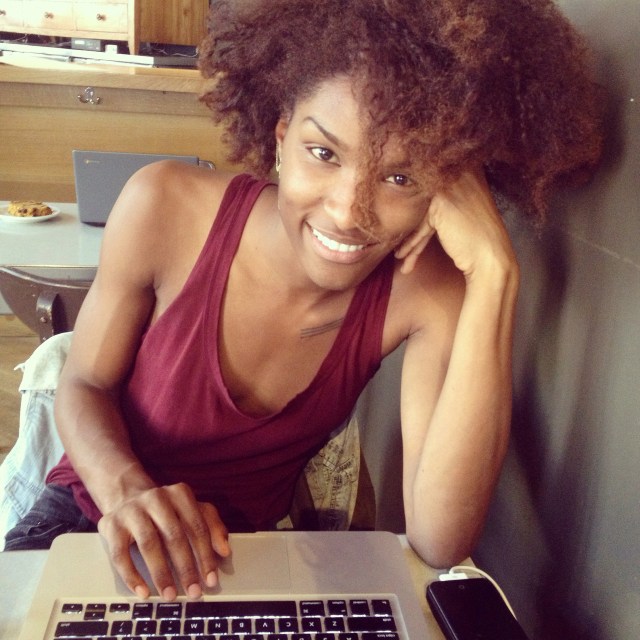 You can follow us @Autostraddle and the starlet herself @itsarifitz to keep posted on the contest each week and see the questions as they’re pouring in – but you don’t have to tweet directly at us to be included in the post. (You do have to be following Autostraddle, though.) Unfortunately, it may be hard to participate in this contest if you have a private profile and we’re not following you.

(If you like me you can also follow me @c_rios, because in addition to my question wrangling for this now-existent column, I also tweet at Ari about The Weeknd and wear a Drake chain around the house.)

We’ll take questions every week from 10PM – 2AM Eastern time,  so even you weirdos on the Pacific coast can play! If you miss the cutoff, we may send your question along the next week – but it also may never be included. Time is of the essence! We’ll announce the winners in the weekly column as well as instructions for claiming the prize.