After three seasons of teen angst and lesbian drama, the webseries Anyone But Me is planning on wrapping up production with one final episode. Chronicling the lives of a small group of high schoolers and most notably the tumultuous relationship of two good-looking girls who are trying (and often failing) at a long-ish distance relationship, ABM has won loads of awards and gained more than 11 million viewers. Also, the series includes girls making out a lot. It was truly groundbreaking.

It’s also an Autostraddle favorite: Star Nicole Pacent was a calendar girl, and back when Anyone But Me and Autostraddle were basically in preschool together, Riese interviewed Nicole and co-star Rachael Hip-Flores. It was neat! We love them! 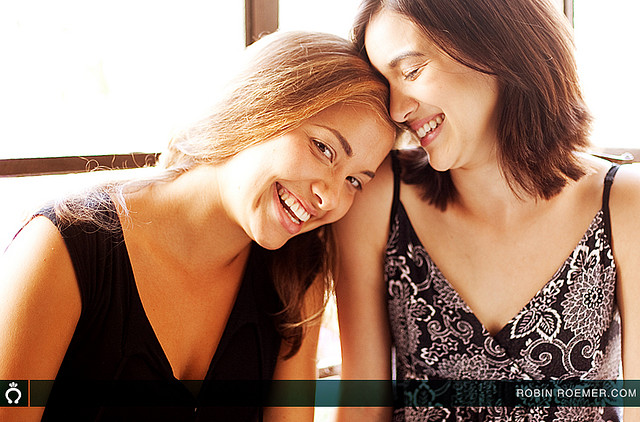 Just look at them.

The series finale, which is tentatively scheduled to premiere in early 2012, will feature the entire cast reunited again. But don’t fret! Executive producer Susan Miller said that the creative team is “in talks with a major literary agent to do a young adult book based on the series. And, [they]’ll be releasing DVDs of Seasons 2 & 3 after the finale airs.” So that’s something to look forward too!

But first, the team needs your help in securing finances for the finale. Independently run lesbian webseries don’t fund themselves. Give them 40 quarters, you guys.

DONATE HERE! Make a lot of queer ladies happy without even taking off your pants!

Here is the Season 3 Finale, in case you missed it/ forgot how much you love it.