Hello, onions and shallots! As I wrote this I was in Intern Grace’s living room in Ohio, which I think is a sign that this week is ending on a strong note. Here’s the stories we missed this week while I was out and about in Columbus, Ohio!

+ Prism magazine thinks having a commitment to ending discrimination based on sexual orientation and preaching the value of ex-gay therapy are somehow or at all synonymous! What an amazing bout of absolute fuckery.

+ The anti-DV campaign featuring ‘abused goddesses’ is not without its flaws.

+ Queer Pakistan (the website) is no longer a thing, thanks to the local government in the region. The catch? You can still see it if you’re not in Pakistan.

+ Two Brazilian women were arrested for making out. That’s commitment.

+ The Nuestras Raices Delaware paegant for girls is investigating the ethnicity of a competitor because she’s a black Latina, and they don’t think those are real.

+ Microsoft chose to introduce the Xbox One with some lighthearted transphobia. I will respond as I’ve always responded by reveling in how unfixably unfashionable Microsoft will always be.

+ Out of the closets, into the streets, but definitely not on screen: the Gay True Hollywood Story.

+ If the New Yorker profile on he-who-shall-not-be-named (Bryan Golberg, ew) made you want to claw out your eyes, you’re gonna wanna read the response from The Riveter.

The real inquisition, we think, should be directed toward you, The New Yorker editors. AfterBryan’s blog faceplant wherein he inspired gaggles of sarcastic articles and Twitter disses, why publish this article, which accentuates how asinine the genesis and concept of Bustle is (see: Lizzie’s “infinite-monkey theorem” and Bryan’s enthusiastic reaction to the term “bustle:” “A guy who’s successful, busy, cool, and popular – people would say he’s a real hustler… A woman who’s successful, busy, living in a city – maybe she’s a bustler!”)? Not only does this article make Bryan seem like, well, “a giant six-year-old,” but also it disempowers women’s publishing by default. Is this all we have to look forward to?

On the question of why: We are also wondering why you chose to publish an article about a high-profile man who has already raised 6.5 million dollars for his cause and spend 9 precious pages painting the “giant six-year-old” picture? Bad press is still press. We think – quite modestly, we must add – that those 9 pages could have been better spent on organizations and startups that are actually doing something to address and change the misconceptions of gender in the magazine industry.

But we are just two women in our twenties.

I Been Wronged, I Been Down, To The Bottom of Every Website

This is how you remind me why I’m not a Nickelback or a breakup fan. 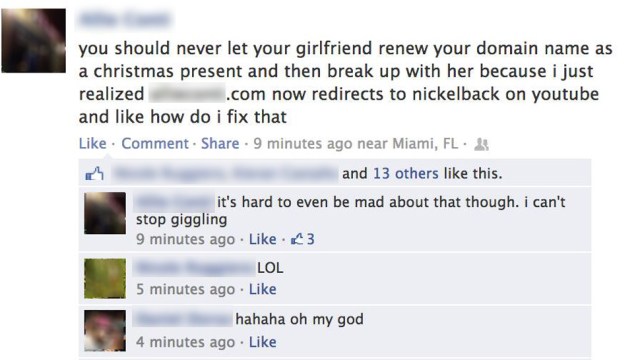 Show Me The Money

The government owes married same-sex couples some serious cash. Time to take that shit to the bank.

The Defense of Marriage Act, or DOMA, defined marriage as between a man and a woman, which meant married same-sex couples had to file their taxes individually. But the Supreme Court’s summer ruling overturned that law. Now these couples are not only able to file as married going forward, but they have the option of amending their tax returns for the past three years if it would benefit them…

Refunds will vary widely by couple, and could be as high as tens of thousands of dollars. Janet and Janet Emery-Black, from Nampa, Idaho, are anticipating retroactive refunds totaling $30,000. Another couple, Adele and Jennifer Hoppe-House, from Los Angeles, expect to get back $13,000.

+ Dyke Central TV: Dyke Central is a homegrown, independent Oakland-based queer series. The “funny drama” ultra low-budget pilot episode brought in almost 700 YouTube subscribers and 800+ Facebook fans. This fall, we’re shooting four more episodes, and we need the support of our current and future fans to do so. Dyke Central centers around 30-something butch roommates Alex and Gin. The first season sees Alex attempting to sustain her dysfunctional relationship with girlfriend Jackie, in the face of new life options and the resurfacing of an old flame. Gin, on the other hand, is a chameleon whose identity changes with every new interest and tends to lose herself in others. Surrounded by a diverse group of friends who guide, challenge and support them, Alex and Gin struggle to adapt to change and create balance in their lives without losing themselves.

+ MAJOR!, A Documentary: Miss Major Griffin-Gracy is a Black transgender woman, a formerly incarcerated person, a former sex worker, an elder, a community leader, and an internationally-recognized human rights activist. From the 1969 Stonewall Rebellion to her current work as Executive Director of the Transgender GenderVariant Intersex Justice Project (TGIJP), she’s worked tirelessly for transgender rights for over 40 years. Miss Major has rallied in front of government officials and spoken around the world, but her most enduring legacy has been uniquely personal. She’s been the emergency phone call, the helping hand, and the surrogate mother to an entire community of transgender women whom she’s supported, mentored, and helped mold into the next generation of community leaders.

The Polari film festival is queer as fuck and right around the corner! Check it out in Austin October 16-20. 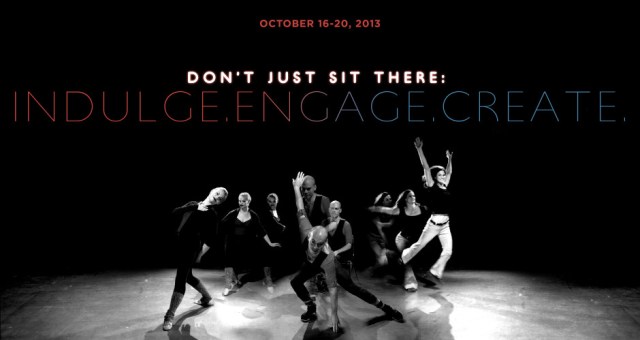 Mr. Bloomberg is taking on the popular, unattainable notions of beauty promoted by professional image-makers with a campaign that tells girls that they are beautiful the way they are.

Mainly through bus and subway ads, the campaign aims to reach girls from about 7 to 12 years old, who are at risk of negative body images that can lead to eating disorders, drinking, acting out sexually, suicide and bullying. But unlike Mr. Bloomberg’s ads to combat teenage pregnancy, smoking and soda-drinking, which are often ugly, revolting or sad, these ads are uniformly upbeat and positive.

“I’m a girl. I’m funny, playful, daring, strong, curious, smart, brave, healthy, friendly and caring,” one ad, featuring DeVoray Wigfall, a robust, laughing 12-year-old from University Heights in the Bronx, says. The ads show girls of different races and sizes, some playing sports and one in a wheelchair. Each one ends with the campaign’s overall slogan: “I’m beautiful the way I am.” 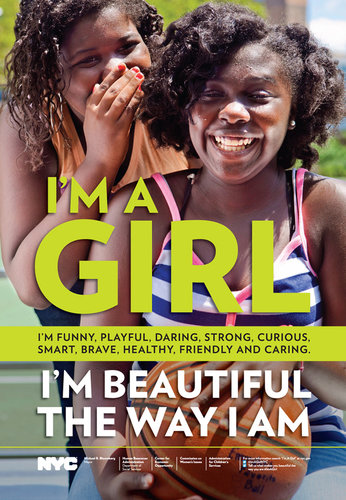 The only thing left is gender anarchy.

It may be OK, soon, for a woman to marry a woman and a man to marry a man everywhere in the United States. But it’s not even close to being OK for a boy to like Barbies and sparkly pink dresses or to swish when he grows up—or for a girl to be so masculine that people nearly do a double take trying to figure out which sex she fits. It’s not OK, yet, for someone apparently born male to grow into womanhood, or for someone who started life considered female to make it clear he’s a man. As for the rest of us, we are still, far more than we understand, herded unnecessarily by our sex—by the stereotypes associated with how a woman or a man should act.

It needn’t be this way. And if we as a country make the right legal, cultural, political, and educational decisions in the years to come—if we are willing to listen to, and learn from, those on the gender margins—we can make more room for us all.

Hear Me Out…Or Not

How do you put a glass ceiling on a concert hall? Turns out it’s already there — and pretty damn hard to break. 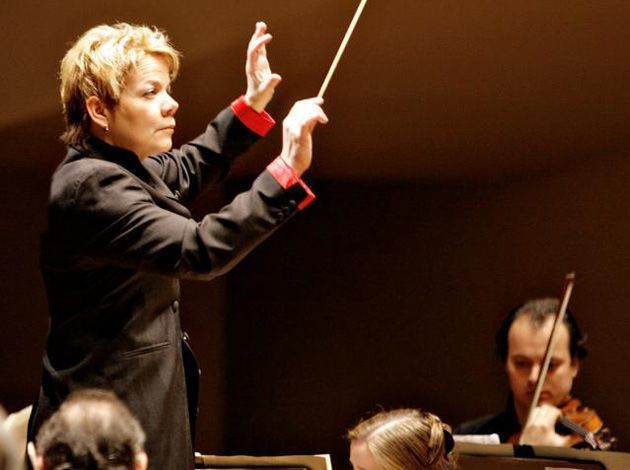 Queer housing is coming to Dartmouth! Dartmouth gays: may the party be with you.