Hello April showers! I can tell that May flowers are on the way because it’s been super rainy this week. Here’s the news we missed while I was putting on my rain boots. (And by rain boots, I mean Doc Martens. Because they’re the best boots for every purpose.)

What a TIME for Queer Folks!

+ Jason Collins, the first openly gay player in the NBA, was recognized as one of TIME’s 100 Most Influential People. Says Stanford classmate Chelsea Clinton:

Jason’s kindness and fierceness alike derive from that word too often bandied about and too rarely true: integrity. Jason has always maintained he’s first a basketball player. He is. But he’s also a leader and an inspiration. For Michael Sam, Derrick Gordon and others whose names we may never know. And also for those of us lucky enough to be fans — or to call him our friend. 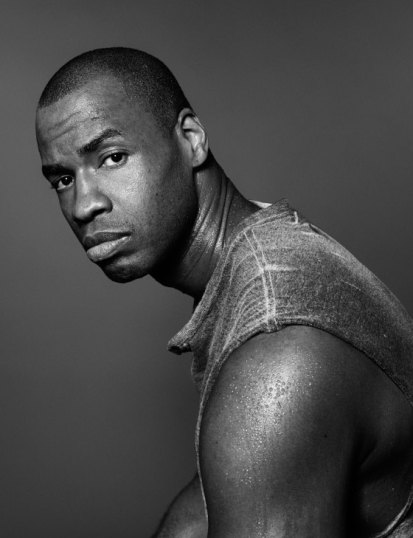 “There are several possible explanations for the higher attainment and ambition of the eldest,” said Bu. “It could be that the parents simply devote more time and energy to them – it could be they are actually more intelligent. For me, I tend to lean towards the theory that parental investment is possibly at work here.”

+ New York State public schools are revising their 9th and 10th grade curricula in order to incorporate more women’s history. Granted, their modifications aren’t entirely inclusive, but this is definitely a step forward.

In response to concerns about gender representation in grades 9 and 10, revisions were made to make explicit several women who had previously been referred to in the Framework, such as Theodora of the Byzantine Empire, Elizabeth I, Isabella of Spain, Catherine the Great, Empress Dowager Cixi, Mother Theresa, Aung San Sui Kyi, and Mothers of the Plaza de Mayo. In addition, the Framework incorporates topics such as gender roles (9.2b), women’s rights (10.2b), women’s perspective on imperialism (10.4a), and contemporary issues of gender (10.8b). 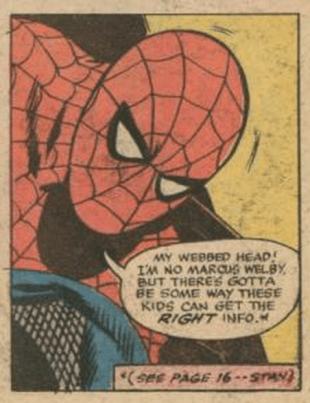 “We have no qualms with crisis pregnancy centers engaging in paid advertising,” Ilyse Hogue, president of NARAL, wrote in a letter to Google CEO Larry Page in February. “However, we are deeply concerned with their false advertising practices.”

“The action taken by Google to address this pressing problem raises the bar for other search engines to monitor and enforce their own advertising policies,” Hogue said in a statement on Monday. “We will continue to work with Google to ensure that their commitment results in women being directed to the resources and services they are seeking when they search online, ending this manipulation of women making vital health decisions.

The Same-Sex Marriage Strugglebus Rolls On

+ North Carolina law compromises religious freedom and legal freedom, charging religious leaders who officiate same-sex weddings with misdemeanors. The United Church of Christ is bringing a lawsuit against these laws, to mixed responses from the religious community.

Surely a vision of religious liberty that would allow a storeowner to turn away gays at the door would encompass the basic principle of allowing houses of worship to honor lifelong commitments they deem worthy of solemnization in the eyes of God.

Actually, there’s an obvious reasons why conservatives aren’t clamoring to endorse the UCC’s lawsuit: The battle cry of “religious liberty” is only valuable to the American right insofar as it protects the right’s own values—like animus toward gay people or rejection of reproductive rights

The Williams Institute, a think tank that studies issues related to sexual orientation, estimates that about $12 million would be spent on wedding arrangements and another $3.5 million by out-of-state guests who come to Utah for the celebrations. The report says the estimates are on the conservative end, noting that the economic impact for the state could be even greater.

+ Occupy Wall Street activist Cecily MacMillan is on trial, and faces seven years in jail for defending herself against an act of police brutality that sent her into a seizure.

McMillan is just one of more than 700 protesters arrested in the course of New York Occupy Wall Street’s mass mobilization. These mass arrests during a peaceful protest resulted from a policing policy of arresting first and finding charges later — a pattern of unjust policing noted in a scrupulously detailed report issued by the NYU School of Law and Fordham Law School faculties. According to this report, the NYPD routinely used excessive force against Occupy protestors, with the police employing batons, pepper spray, scooters, and horses against the peaceful demonstrators. This behavior has led to the vast majority of these 700 charges being dismissed by the courts.

Recognizing Identity in Comics and Anime

+  We Are Comics is a fantastic project hoping to celebrate the diversity of the comics community (readers, producers or otherwise) in hopes of fighting threats and sexism with solidarity.

We are, I think — at least in my experience — a far more diverse community than people tend to see. The illusion that comics are only or overwhelmingly straight white dudes between 18 and 49 doesn’t just push everyone else to the margins — it encourages that core target audience to see us as something other, as outsiders and interlopers, when we in fact make up a huge part of the comics community and always have.

Yet its flights of creative majesty pitch into inky miasmas of sexism and puerile gags that have come to define the stereotype of anime: a heaving, fan-service bosom and a palpating young male fan verbing to that noun. This is a dismal state of affairs, not least because many of the best recent anime programs promise salvation from the tepid explorations of even the best top shelf, black label Western cable drama.

Indeed, it might be said of the best anime that it makes a universe of interiority, in the process exploring the terrain on which we build our lives—somewhere in the fissures of peculiarly postmodern neuroses, traumas, and fears.

+ Dr. Robin Edelstein and Britney Wardecker of the Personality, Relationships, and Hormones Lab at the University of Michigan are conducting a study on lesbian pregnancy, and they need your help!

“We are recruiting expectant women and their female partners for a study about the transition to first-time parenthood! To be eligible, you and your partner must be living together, expecting your first child, and in your first or second trimester of pregnancy. This study involves completing several online surveys from our laboratory, or from your home, throughout your (partner’s) pregnancy. You will also be asked to provide several saliva samples, which you can do by coming to our lab or sending the samples to us in the mail. Eligible couples can receive up to $300 for their time. We hope that this research will allow us to build a stronger community of LGBQT parents. Previous research on the transition to parenthood has often neglected the experiences of women in same-sex relationships and we hope that the current study will give us insight into how to better care and support this population. For more information, please contact parentingstudy@umich.edu or 734-763-3816 or visit our website at: http://edelsteinlab.psych.lsa.umich.edu/ResearchOpportunity.php.”

+ Zettie Shapey is a cool human putting together a zine about queer experiences! Here’s the call for submissions:

My name is Zettie, and I’m making a zine on **queer people and hope** and am looking for submissions. I’m making this project for a lot of reasons, but mostly I just want to start a conversation about hope and identity and queer futurity and what people hope for and what is possible. I think there’s a lot of cynical, critical rhetoric attached to queerness and queer studies, and I want to make a place not only for people to be hopeful, but also to talk about what often is kept private, and about hopelessness, and about possibility and the queer imaginary. And I’d love you all’s voices to be a part of that conversation.

Send me your contributions/ideas/rants/manifestos/journal entries/drawings/comics/maps/secrets/anything at all that can go in a zine I would love for you to send to me!

The deadline for submissions is May 9th, and you can email  rshapey [at] oberlin.edu to submit work or ask for more information!

Get to it, crafty people!