Today is Wednesday, which means my plans are to leave Los Angeles/cry in an airport while simultaneously feeding your need for moar news! Here’s all the stories we missed last week while I was looking for famous people/sitting in the same room as Damien from Mean Girls.

Chrysalis Lingerie is made for and by trans* women.

A first-of-its-kind study to be published in the February issue of the Journal of Personality and Social Psychology has dealt a devastating blow to the notion that men and women are fundamentally different when it comes to how they think and act.

“Although gender differences on average are not under dispute, the idea of consistently and inflexibly gender-typed individuals is,” Bobbi J. Carothers of Washington University in St. Louis and Harry T. Reis of the University of Rochester explained in their study. “That is, there are not two distinct genders, but instead there are linear gradations of variables associated with sex, such as masculinity or intimacy, all of which are continuous.”

If I went to college with Ellen and Portia they really would have rocked our Tumblrverse.

Stories from the Underground

A Redditor is proud of his badass grandma for leaving her homophobic church. Go Grandma Go!

A kid that attends the church and is in high school is gay, and apparently his parents wrote to the pastor asking what should be done about this. The pastor took the letter the parents wrote, and read it to the entire congregation, outed the kid, and told everyone that they would “work together to address this problem of homosexuality.”

My grandmother stood up at this point, said “There are a lot of problems here, and him being gay is not one of them.” She apologized to the boy, then walked out the door. She just got back from turning in all the stuff she was responsible for for the church’s yard sale and Bible School activities. The pastor is furious at her, but the associate pastor told her that he has a feeling she might be the catalyst, leading a lot of people that are unhappy with things out of the church, and that he himself was uncomfortable, because situations like this are what have led some teens to suicide.

It’s a small thing, and I’m not the best storyteller, but I’m so proud of her, and thought I’d share.

Harlem may become the newest LGBT hub in Manhattan if they build the super-innovative Community Pride Center there. President Obama would probably lay the stone and build it himself if he wasn’t out pressuring the Boy Scouts to suck less and making vague hints about a national approach to gay marriage.

In Bangkok – and around the globe – people are growing to understand and accept trans* identities and bodies into their lives and hearts.

A gay cadet at West Point got his Cinderella on and went to the Winter Formal with his main man. It was adorbs. Did I mention the RNC is dying a slow and painful death as the “permanent minority,“ which is funny. 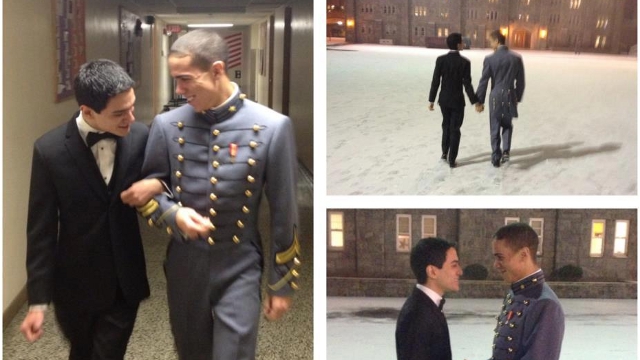 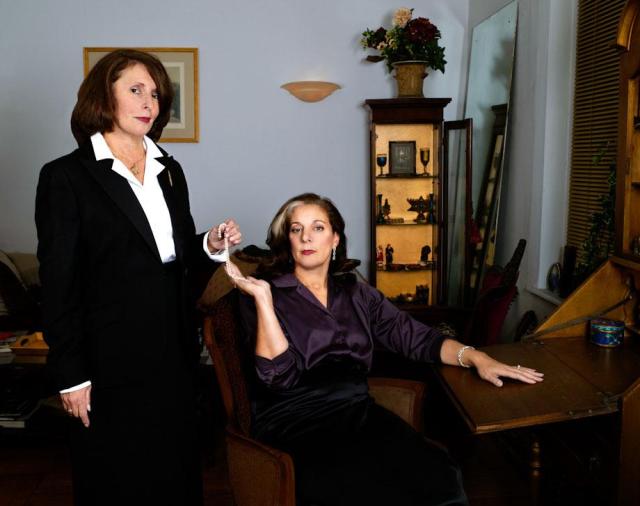 Power lesbians experienced a big win this week when StartOut launched a lesbian entrepreneurial mentorship program. For queers more interested in higher ed, there was a panel for that with more university presidents participating than I’d probably ever feel comfortable standing near at once. If you’re shooting for the real stars, aim slightly lower and go into politics and you might be as famous/loved/amazing as Sonia Sotomayor.

I Would So Read These

BuzzFeed found the 12 most insane Pulp Fiction covers of all time. 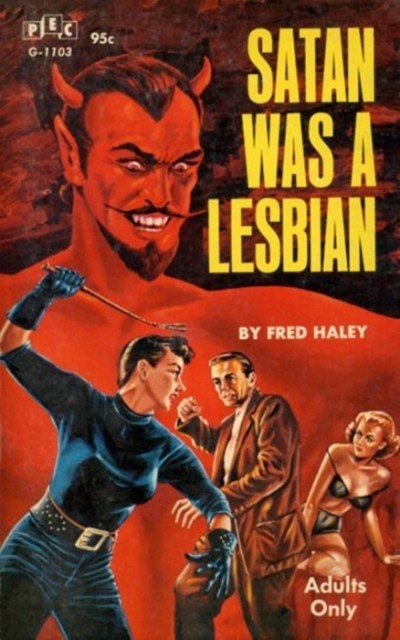 Support These Films! And Listen to This Podcast

For your ears: Queer Inquiries, a podcast all about gay people in pop culture and touching yourself and so on.

For your eyes: “Her Tragedy,” a low-budget festival flick in the making that needs your cold hard cash to produce an eloquent drama about “belonging” and other feelings you can relate to.

For your brain: “An Abominable Crime” needs monies to tell the story of Simone Edwards, a lesbian chased by anti-gay gunmen who chooses between hiding or leaving home.

I Don’t Understand How To Play Football

+ Not Another Fake Girlfriend Story:

I knew I was gay, but I felt like I couldn’t be out as a football player. At that age, it just seemed impossible. You never saw gay people playing football. And then there was the actual homophobia in the air. In prep school, I’d hear people call each other “faggot” all the time in the locker room. I kept my head down, scared to look at anyone. In junior college, which I attended between prep school stints, it was the same way. I didn’t get changed after practice – I’d go back to my room. I wasn’t really attracted to the guys, anyway. There is nothing erotic about football to me, and I don’t ever think of football and sex together. I guess it’s sort of like when your friend lets you know he’s 100 percent straight and immediately becomes off limits.

It was really scary. When you’re starting out at prep school or college or whatever, it’s a bunch of people just meeting for the first time, playing a super competitive sport where you’re hitting each other. Back then, you didn’t want people to find out you were gay at 18, 19 years old.

During this time, I would try to say as little about my “girlfriend” as possible, just when it was necessary. If I was going to see a guy one weekend, most likely a married one I had met off AOL, I was “going to see her.” If I had to go call a guy, I’d be “calling her.” I remember certain truths about the girl, like what her father did for a living and who she was related to, but that’s about all I would say.

I had a fake AIM name for my fake girlfriend. I’d login to her account in a school’s computer lab, lock the computer, go to my dorm room and IM her so that her away message came up. Everyone was in and out of everyone else’s rooms, and I was one of the only ones with a computer. People definitely saw that message. My roommate never did, though. He didn’t care. He played basketball and was kind of awkward.

+ The Super Bowl ads: yay or nay, it’s important to remember it’s not as bad as this shit.

+ Chris Culliver is homophobic, but he’s volunteering to make up for it!

It appears that something good might come from the anti-gay remarks made Super Bowl week by San Francisco 49ers defensive back Chris Culliver. The Trevor Project, an organization helping LGBTQ youth, announced that Culliver will work with the group after the Super Bowl. Culliver’s PR rep Theodore Palmer told the Associated Press:

“He’s so passionate about youth and people being comfortable with who they are and accepted by all,” Palmer said. “He’s excited to learn. The plan is with The Trevor Project, and their concerns are that he is genuine about his words.”

+ Two fellow 49ers also forgot they were in an It Gets Better video. I’m saying “forgot” while I roll my eyes.

Two women denied a wedding cake by an Oregon bakery are gonna get a cake to have, eat, and rub everyone’s face in for free should they choose to get back to Duff Goldman of Charm City Cakes, the bakery from the show Ace of Cakes.

Astounded by the “hate” of a baker who denied service to one of the women, Goldman tweeted that he would make the cake free of charge – and has also pledged to deliver it. Get on it, random unidentified lesbians without a cake!

When some random dude in Tennessee tried to euthanize his dog because he “thought it was gay,” members of the community saved its life. 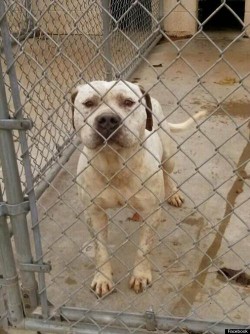 A Facebook campaign was set up to try and save the “gay” dog, according to the Atlantic. A Facebook post detailing the troubling situation called for immediate action.

Via Facebook: This guy was signed over to RC, not bc he’s mean or bc he tears things up, but because… His owner says he’s gay! He hunched another male dog so his owner threw him away bc he refuses to have a “gay” dog! Even if that weren’t the most assinine thing I’ve ever heard, its still discrimination! Don’t let this gorgeous dog die bc his owner is ignorant of normal dog behavior! He’s in kennel 10L and he WILL be put down tomorrow bc there is no room at the inn!

Luckily, the healthy pup has been saved.

Gawker notes that a woman named Stephanie Fryns, who is affiliated with the animal rescue group Woof Connections, said that she planned to adopt the dog.

“I am adopting this big boy first thing in the morning,” she wrote on the Facebook page for the animal rescue group Save The Animals Together (S.T.A.T.). “He will be neutered/ htwm tested/ and vetted. He will be temperament tested and then places in a rescue verified and approved home.”

A Jackson Rabies Control employee confirmed to HuffPost that the dog was adopted on Thursday morning. He had been scheduled to be euthanized at 1:00 p.m.